I am Bezos, billionaire and international diaper tycoon. Don't you dare tax me because you wouldn't be able to shop online without me.

I am Jeff Bezos, unique in my vision that the discussion of billionaires and Amazon is cluttering up the 2020 election thread. My vision is singular. No one has had the thought before me, and no one ever shall. Without me, the 2020 thread will wither and die, choked by the weeds of unrelated argument and dissent. So, I do what all singularly great men do: I shall stand tall, stride forward, and boldly create a new thread.

To all ye who enter, sup from the cup of my labor. Bear witness to the pristine glory of a new and dedicated thread that only I, Jeff Bezos, can provide you. Remember your need for me and my billionaire brethren when you discuss Elizabeth Warren’s wealth tax or when you order toilet paper online.

We are not worthy.

And to think this all actually started with Gates, but apparently we’re supposed to hate everyone who has money these days in order to earn our D badge.

The thread, I approve. The avatar change, please no @KevinC!

This is fucking amazing. Carry on you king of men.

Thank you for carrying us into this brave new world. 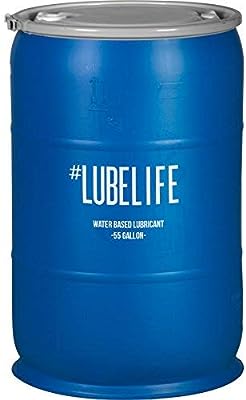 Life before Amazon had so much more friction.

I thought Gates was a Good Billionaire but his recent comments (partly in jest) about considering Trump if he’s taxed too much has me reconsidering.

Don’t you dare tax me because you wouldn’t be able to shop online without me.

I’m pretty sure I’d live, but I can’t have Prime here if I wanted to, so that’s easier.

I thought Gates was a Good Billionaire but his recent comments about considering Trump if he’s taxed to much has me reconsidering.

Since this is Armistice Day… that isn’t quite what he said. He said he’d vote in whoever studied the issue better and showed his/her work, which I know he knows isn’t going to be Trump. But then proceeded to show (pretend?) he doesn’t know much about Warren, which is weird for someone in his position.

I thought Gates was a Good Billionaire but his recent comments about considering Trump if he’s taxed to much has me reconsidering.

If you didn’t watch the video, I would encourage it. He didn’t come off at all like the cartoon villain some of the articles tried to make him be.

Who will make it to their 5 star exclusive Moon or Mars base first?

Again, as pointed out in the other thread, if what Bezos did wasn’t special, then why didn’t anyone else do it?

And yet none of them did it. Instead, some guy did it, literally operating out of his garage. How exactly does that happen? Why didn’t all the folks who had far more money, and already huge established bases on the retail industry do it first?

And given how obvious it was, why didn’t you guys buy stock in Amazon when it was less than $2 a share? I mean, it was OBVIOUSLY going to succeed, right? Because the forces of nature made it happen.

You just want to make some excuse for why Bezos is ultra successful, and you aren’t. Certainly it can’t be because he’s better than you in some way. Everyone’s equal, right?

I prefer his full name for this kind of poll. Shitt Bonerington the 3rd, Esquire.

Done, you’ll just have to vote for the gentleman a second time.

Again, as pointed out in the other thread, if what Bezos did wasn’t special, then why didn’t anyone else do it?

I think what he did (and Gates, and Buffet, etc) was indeed special. It just wasn’t billions-of-dollars special. They absolutely deserve to have 10 or 20 or 50 times the net worth of an average-performance worker. But they have hundreds of thousands times in net worth, and that extra few orders of magnitude aren’t because those individuals did super-special things. That extra magnitude comes from pushing their interests at the expense of society, and I think we need to be putting in place policies that limit the ability to do that (for both the current crop and possible future tycoons).

But they don’t force people to buy their stuff. If you make a service or a widget and billions of people use it or buy it, that can make you a billionaire. There is no… cap. I mean for many of these individuals, they are receiving what the market gave them. And there is nothing wrong with asking for them to give back, in the form of taxes and charities, if they choose, but to turn around and blame them because Amazon was successful, Windows was successful, because they gave a better pitch or were in a better position than someone else, that should not be the end result.

I think what he did (and Gates, and Buffet, etc) was indeed special. It just wasn’t billions-of-dollars special.

But it’s not like he gets paid billions of dollars.

All of those billions of dollars are purely because the company he started, of which he owns 12%, became a giant success.

My 2c:
When making part of that 12% liquid, or giving it to the next generation, it should be taxed as a capital gain as recognition that he started and grew Amazon within a country that has rule of law and provides alot of infrastructure that Amazon has used extensively. Try setting up that amount of wealth in a state of nature!

When making part of that 12% liquid, or giving it to the next generation, it should be taxed as a capital gain as recognition that he started and grew Amazon within a country that has rule of law and provides alot of infrastructure that Amazon has used extensively

We’ve been talking about how to tax this stuff, or at least we were until some, many?people decided that people with money were undeserving lucky bastards who didn’t actually work or do anything worthy. I mean… at least on this board, there isn’t a lot of disagreement that ultra rich people should be taxed more… it’s more a disagreement on how to tax them… and then we fell into this… this thing.