I dislike capitalized thread titles, but overall it’s an improvement!

Yay! The Indie game thread I followed is back!

(I’m still a few months behind on the probably thread).

There are still too many indie games.

There are really just too many games in total but yeah the daily 100s of them are indie.

I need people to look at my indie game backlog and tell me what games to play, heh.

What if you played an indie game but do not recommend it… You can’t post it hear because you don’t think other people should play it. Do you have a thread for that???

The Games category can no longer contain the universe of indie games discussion!

More people should play Huntdown, it’s one of the best of that type of game I played in a long time. Seems seriously overlooked at the moment.

We can just change it to: You Should or Shouldn’t Too!

I always figured that’s what the Probably thread was for. For reporting back on potentially good indie games, and then once it’s confirmed that they are really worth playing, you post in this thread. If they’re not, you report back in the Probably thread with the sad news.

This topic should be merged into the other indie game thread!

How about a thread for “indie games I watched my friend play and I didn’t see what the big deal was”?

This topic should be merged into the other indie game thread!

sarcasm and internet don’t mix, but i still chuckled…

How about a thread for “indie games I watched my friend play and I didn’t see what the big deal was”?

This thread title is so bossy!

Seriously, though, thanks for the reboot, @nightgaunt! :)

Well, people without hearts or souls probably wouldn’t find anything for them there.

So I think I blabbed about this in that other thread, but I want to give it one more boost because I think it’s really special.

Wide Ocean, Big Jacket is a short narrative game about four people on a camping trip. Cloanne and Brad are a young married couple and they’re taking their adolescent niece Mord and her long-time friend (and maybe more?), Ben on the trip.

All of this plays out with a tone both believable and eccentric. It feels a lot like a very modest indie movie.

The story is basically linear; the interactivity comes in the sequences where you get to explore small spaces. Sometimes that means walking around, but occasionally it’s in a more unique manner. Don’t expect the input to feel like a typical third-person game–it’s fair to call the controls “primitive” but I think they’re all the game needs. And you’ll be surprised at the expressiveness and charm of the art and interactivity, even when it’s clunky and shortcutted.

This is one of the best indie games of last year, and definitely among the best narrative games in awhile.

For an even smaller narrative experience, I’ll also recommend this pay-what-you-want narrative/time-management game called Signal that was made for a recent game jam. 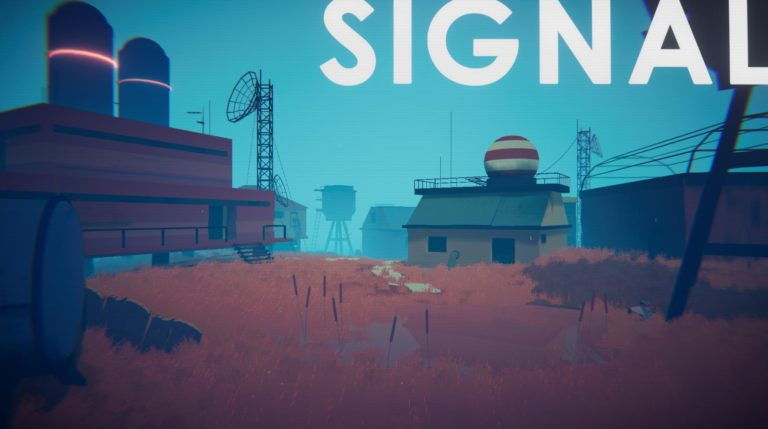 You show up to deliver a package to a far-off research station and find things not how they should be. You have limited time to figure out how to get into each building and explore them for resources you need and clues about what’s going on.

The story is probably pretty close to what you expect when you think about far-off-research-station stories with a touch of sci-fi, so I don’t know that it’s groundbreaking in that regard. But it’s a neat way to tell a story. You’ll end up probably wanting to try it a couple times to get the best ending. Actually, I still haven’t gotten the best ending, I don’t think.

A post was merged into an existing topic: Observation: Space thriller where you play the AI

UFO Swamp Odyssey is a free game jam platformer that does some surprising things given it was built for PICO8 and all the code and art limitations that entails. It’s got some fun physics stuff, like bobbing in water and a little zip-line shooter, but more importantly it’s one well-designed level that changes in fun ways as you go new places and get new abilities. I guess that makes it a one-level metroidvania? Anyway, take a peek, you can finish it in one sitting.

Heh, that was great. I agree, nice level design, lots of little subtle things like using bobbing to get underneath platforms.

I just tried the new game from Sokpop, called helionaut, and I think it’s pretty remarkable.

If you haven’t heard of Sokpop, they’re a Dutch “video game collective” that has a unique development model: They release a new game every two weeks. They’re all sold for $3 each on itch.io (and I think now all or most are on Steam?), but you can also subscribe to them on Patreon for $3 a month–thereby getting them all half price.

As you can imagine, the games are often pretty light and lack the amenities of more fleshed out projects such as tutorials and slick UI and tons of content. But they’re almost always creative and interesting for at least half an hour, and a few are true gems.

Anyway, helionaut is definitely in the latter category, and much more involved than many of their offerings. It’s an explore-the-galaxy game–kind of a slap-dash No Man’s Sky–where you fly your ship to other planets to get resources that let you build tools and upgrade your ship. I’m not sure how deep it goes yet, but it’s obviously goes deeper than you’d expect for a game made in mere weeks. I kept being surprised at the breadth of interaction that opened up to me, and the evident (if at first mysterious) set of gameplay systems for tracking down ship parts scattered across the galaxy. There’s even an intro cinematic, which I can’t remember any Sokpop game having.

The Sokpop “house style” can take some getting used to and I’m sure is not going to be beloved by all. But don’t be fooled by the 3D pixellated sketchiness into thinking this is amateur game dev night. I predict that with their quick-churn model, Sokpop is going to hit upon more than a couple quirky masterpieces in the future. And maybe helionaut is the seed of one of them!