Yeah, I just realized it myself like twenty minutes ago when I opened Steam and it started patching.

Shame I don’t have time to mess around now.

I have found this go-round more brutal than I was anticipating. It could also be true that I’m not very good. I dropped down in an area with no visible water and since the map isn’t operational this beta that means you simply pick a direction and run.

I found some nice lakes but inevitably there are bear(s) nearby and I was repeatedly mauled. I feel like the XP penalty for dying shouldn’t kick in for the first few levels, but it does. Got so frustrated that I deleted my character and rerolled. Second time was a lot like the first.

However, I did find a couple of caves, and the caves contain water, so I think a good strategy would be to set off looking for a cave and set up camp near there. Alternatively, get to level 3 or so and build a raised camp near a lake (I think by level 3 you can use the talent tree to get thatched poles and floors).

I made it through a medium snowstorm. The environmental effects are pretty good.

As I ran around looking for water I was all raging (internally) about how people who played beta 1 would have a big advantage in that they had levels and skills and good things to build unlocked - but then I read they had to delete the beta 1 characters so it turns out everyone is starting all over from scratch. So I’m no longer raging.

I feel like they now have more balance work to do for solo players with the changes, but at least they should have ways to do it.

It might have been slightly too easy to hunt deer last time, but now it’s impossible. Carefully aimed headshot from stealth and they just ignore it and run.

I suspect that just leaves berries to live on until you manage to get better arrows, but that makes the starter bow really weak and I’m not a big fan of that.

Oh man, I thought maybe I sucked at bow and/or was making a mistake using stone arrows as opposed to bone but I have been seeing the exact same results as you.

I’ve restarted for the third time and finally have a foothold. Observations:

I had a sleeping bag disappear when it was not “sheltered”, but otherwise must be a bug.

I think they over corrected for the fact that groups were just steam rolling in the last beta, but hopefully they will continue to adjust it. There’s literally a solo skill tree so that heavily implies they intend to consider the solo experience.

Not sure what the cause was, but I also had a sleeping bag disappear on me.

After putting some more time in this evening, I’ve somewhat revised my opinions on the balance changes. The deer are still impossible, but you can get by on the raccoons, small goat things and wolves. I still think there are too many bears, and they wander all over the damn place, but I was still making progress and only died a few times.

The storms are cool, great atmosphere and it got windy enough once to blow down some trees near me. Very exciting.

I know they opened up more areas of the map but I believe the north and south areas are super cold. The temperature went from 22 Celsius to -35 Celsius once I got outside of the area that was available for play last week.

I’m glad they are having this prolonged beta test.

I skimmed through my recording and noticed that the sleeping bag icon disappeared when I was replacing thatch pieces with wood in my cave hovel.

I’ll test it out later, but it seemed to happen when I replaced the door entrance. So maybe it loses its status as a bed spawn when no doorway is there or something weird, which probably causes it to decay and disappear. Or it’s a bug related.

I’ll check it out and submit it if I repro it.

That sounds like some needed tweaks. It’s nice to see that they are paying attention.

I skimmed through my recording and noticed that the sleeping bag icon disappeared when I was replacing thatch pieces with wood in my cave hovel.

I watched Z1Gaming playing put it on a YouTube video and he had multiple bedrolls disappear. I would think this may be the intended behavior but one of his disappeared after he placed it down and while he was trying to build walls around it.

Edit to add: maybe the extreme temperature gradient was a bug. Looks like a hot fix addressed it.

Discovered there are actually hidden caves, mined a crapload of ore and it was getting late.

Headed back to base, started ‘medium rainstorm’, suddenly it was after 9pm in game and I couldn’t see shit. Must have fallen off a cliff, broke a leg, now stumbling in the dark very very slowly and taking storm damage. Eaten by a bear in the dark.

And another nice hotfix patch.

They are on a roll this weekend.

I have definitely turned a corner here and am surviving and doing fairly well. I’m spending more time building and exploring and less time doing corpse runs. The bone knife or spear are the MVPs of the weekend - with a bone knife you can kill a bear in hand-to-hand combat without resorting to the “swim backwards in the lake-while-stabbing” strategy I had been using.

There are definitely a few issues I’m seeing - when you log back in the game thinks you’re in a heat wave. And it’s difficult to cut off your fire if you left it going when when you logged out. And the Oxygenator seems to work weirdly. A couple of those issues may be related to the floor level of my house being intermixed with the ground - I wonder if the game is confused about whether my stuff is inside or outside or whatever.

On the other hand, there was another hotfix today that changed player death - you now drop your inventory on death and it’s in a nice pile. So if you go back to your corpse (which is unmarked on the map…) you can recover all your stuff. That makes death a lot less punishing.

I’m almost at level 10 (well, technically I am just level 9 since I have about 95% of level 9 as XP debt to work off, but officially I’m almost level 10). Starting to d

I got to witness an amazing storm last night where it started multiple fires and one of these burned down an impressive chunk of forest.

The weather is pretty incredible.

Aside from technical issues, the base gameplay loop is really solid and the world itself feels amazing just to be in.

My only curiosity now is how they do mission structure, and meta progression, since that will be the main thing keeping it fresh.

But I’m all in for the ride.

One of the amazing parts of forest fires is that the trees become charcoal, and this persists through dying and getting shuttled down again (don’t ask me how I know).

The game that exists is good and I like it but I am awaiting more because (obviously) as it stands, there’s not enough there there.

Yeah, it’s still at least got several biomes to unlock and the missions and whatever goals they introduce will be the bigger deal.

If they nail that and keep chipping away at the balance and tech issues they’ll have a winner.

From the devs, highlights of Beta Weekend 2: 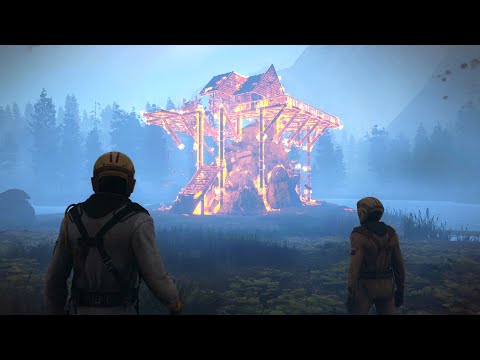 Our next Beta Weekend begins on Friday 24th September at 5pm PDT where you’ll finally get a taste of the Arctic! 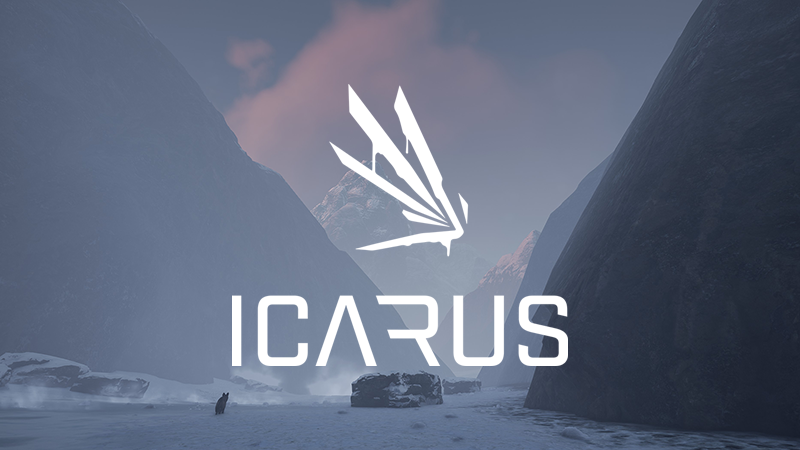 You're going to the Arctic!

Already up and available now by the way.

Edit- Quite a large performance improvement as well so far. Very noticeable.