After a few more hours of play online, I’m upgrading IGI2 from “worth a try” to “must buy for fans of FPS multiplayer”. IGI2 multiplayer feels like the bastard child of Battlefield 1942 (minus vehicles) and Counter-Strike. Hint: that’s good.

Looks like the developers are serious about MP, too, as they just released a dedicated Win32 server update and announced a Linux server.

Ah I like this game… its like Ghost Recon but with the gameplay of solo OFP. BTW, I am near the end of the swindled mission where you start out only with a knife. I sniped everybody. But then I can’t get to the friggin copter! How the helll do I get around the fence and mines!!! DId you get past this mission wumpus? Damn, wish I was on faster net access… IGI 2 sounds cool multi. I took a look at some of the online maps…look cool.

also wanted to add the only complaint with the game (sp game) is that the friggin glock is so damn accurate I dont even want to fire my mp5 or m-16 because the glock is silenced! its ridiculous… i even snipe with the damn handgun… somehow I think the put too much recoil in the mp5/m16m, the ak47 seems fine. 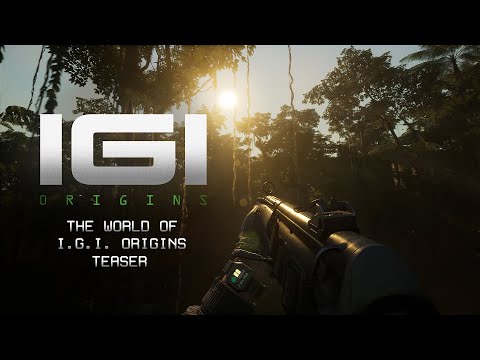 Wow, a 20 year old thread necromancy of a game I’ve never heard of. That is pretty rare.

You missed out. IGI was a a kind of stealth-shooter set in for the time vast levels. It played like a first-person Commandos and felt part of the same revolution of first-person simulation that included the first Hitman.

Does IGI stand for something?

I think that’s the shortest article I’ve ever read.

I remember it being super hyped (in paper magazines!), and then people being super disappointed.
This wouldn’t happen at all today!!!

20 years is long enough that I can’t remember if played the original or a sequel. But it’s cool there’s so much history here :)

Too bad this isn’t a thread announcing Iji 2.

This is exactly why I clicked it! hahaha

I played IGI when it came out. Revolutionary for the time. A shooter built with a flight-sim engine, so I dare wonder if it was the first truly “open-world” shooter?

I think the games that became ArmA (forgot what the name was back then, Operation something?) predated it.

Operation Flashpoint. That was just after I think.

Damn, IGI was that old!

Yeah, I remember it standing out because unlike every other shooter of that era, it gave you a tremendous amount of freedom. Need to attack an enemy base? Scout it out from a nearby mountaintop or run around the perimeter looking for a weakness.

It was built using the engine that was in their Joint Strike Fighter sim, so just vast, vast amount of terrain to run around in.

Ah, I was mixing IGI with Söldner!
IGI was the good game, Söldner was the later one which turned out to be a dud.

Now that I would play!