A few years ago, I got a Cub Cadet 3x from Home Depot. As I have come to learn, the Home Depot portion of the program is part of the problem. The Home Depot versions of stuff are apparently incredibly cheaply made. So, the first few years of the snowblower it worked pretty darn well. Handled most snow without too much drama.

The last year, though, has been rough. Last March I blew the Auger belt with one of those ever-popular winter mixes. Since then, the only snow I haven’t had the repair guy out to change the belt is the one 6" powder snow. From reading reviews, this seems to be because the 3rd stage hurts more than it helps, plus the chute is small so it’s easy to clog up. I could repair the auger belt, but it’s a challenge. I do have 2 that I keep in reserve if I suddenly need one, though.

Last night we got one of those 12-14" of heavy wet snow. Fortunately, I was able to pay a neighbor’s plow guy to plow me out. When I went out later to do some clean up, the auger is making an incredibly loud clanging noise. Hopefully the plow guy kicked something lose in the driveway that I then sucked up, since my driveway is in rough shape.

So, I have yet another repair scheduled. I am leaning towards craiglisting this puppy and getting a different model. Does anyone have any recommendations for snow blowers that are good for New England winters?

Is this what you have now? It looks mighty impressive.

I was out using my 20 year old craftsman today (2 stage) very rusty, all original parts, still does a decent job as long as its less than 20 inches. I doubt they are built as well any more.

Yeah, that is what I have. That center auger doesn’t really do much and acts like a plow more than blower. Also, one major difference between the Home Depot version and the Dealer version is the chute is metal on the dealer, and plastic on mine.

I just took a look at the blower and the middle auger and the impeller are resting against each other. So, I probably blew the bearings on the impeller.

I had an old Craftsman I loved. I had some weird leak that would make the friction disc slick and wouldn’t move the blower. Now all of them seem to have that joystick assembly and I really miss just cranking the chute when I am turning.

Shop for the best snow blowers on the market today from Husqvarna, Troy-Bilt, and more that will get you ready for the next storm.

Its funny because they recommend the 3x you have for heavy wet snow. :D

If I had to get a new one today, I’d probably go with Ariens. Anything with a plastic chute is gonna be a POS.

I watched the whole video now I want this model, lol.

Also whatever you do end up getting make sure you add seafoam to your gas and you run it once a month.

Sea Foam Motor Treatment is a fuel and oil additive that works to clean and lubricate all types of gas and diesel engines. Safe and easy to use!

Ariens was the brand I was going to go with.

The Pro 28 is likely out of my budget, but the deluxe models are in my range.

I think I might have figured out what the metal noise was. No idea how that happened. 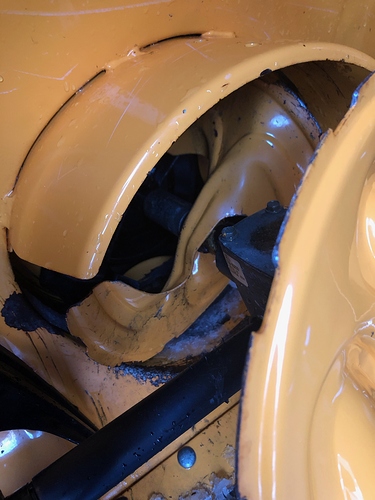 Wait the auger bent? What what kinda snow do you get up there? D:

No idea. The only thing I can think of is the blower rode up on a drift and something shifted.

Depending on how you hit a large stick or chuck of ice, that can happen, especially on some of the cheaper made units.

I have a basic Ariens model about six years ago and have been happy with it. Got it at Home Depot, too!

Or a rock , I mean it could have been covered with snow!

I’ve been happy with my non-Home Depot Cub Cadet 2x after nearly two seasons of use.

New homeowner, I have a Toro 2 stage snowblower from 1980 (older than me) and it still runs well. It was a hand me down from my parents who use a tractor and plow to clear their driveway. It does not have any fancy features, but starts on the first pull without trouble. I use a bit of seafoam when I fill it up (ethanol free only) and it works for my long driveway. Gotta run with the throttle on full for it to not stall out, but still works.

Opportunity for a future upgrade in the summer, but I will keep using it if it works.

So, one of the running issues I have with my repair guy is my propensity for going for through auger belts. The bottom of my driveway really slushes up and I will usually let the auger belt blow then throw out my back. He usually admonishes me for putting it away frozen.

So, I email him the pictures with “not sure what parts I need.” He replies, “Parts may not be needed. (ya right), but it happened because you put it away again still frozen up” The only gotcha is, the Saturday storm I just let melt for the two days so it hasn’t been used in forever.

At this point, I am weighing two options. The used price for one of these is about $600. I can get it fixed for $300 or so (I’m assuming this is a lot of manual effort), or just Craigslist it as is. The last dead snowblower I unloaded on Craigslist I actually did ok. There are a lot of handy people who will fix it themselves and resell it.

I’ve been happy with my non-Home Depot Cub Cadet 2x after nearly two seasons of use.

I was really happy with mine for the first two years also.

So, I email him the pictures with “not sure what parts I need.” He replies, “Parts may not be needed. (ya right), but it happened because you put it away again still frozen up” The only gotcha is, the Saturday storm I just let melt for the two days so it hasn’t been used in forever.

Do you not store it somewhere with a heater, garage or otherwise?

It is in a garage. And it was very warm the last few days.

He did have to use a crowbar to break up the ice one visit. It flash froze while I was using it.

Snow blowers are definitely one of those things where you need to overbuy a little bit. Snow is thick and hard to move, and those shitty little cub ones are good for maybe moving an inch or two periodically from a small driveway or sidewalk, and not much else.

It’s kind of like a power supply for a computer - I’d rather have too much than too little. I’ve found that for things with motors, you pay in the end for not having a lot of power. They just burn out and fall apart (I’ve also learned this lesson with weed trimmers and lawn mowers).

I have an Ariens, that looks much like the one earlier, just 6-7 years old. My problem is that I think the carburetor is gunked up (or there could be a spark plug issue), as it dies when I open the choke (but it seems to run fine on half-choke or just a little more open than that).

It’s odd, since I burn out all the excess fuel each spring and then close the line, so I’m not sure why this would happen. In any event, I won’t be fixing it until spring, as I have no desire to try to figure it out in a 10 F degree garage.