Is anyone asking others to stop playing the game because of this? Or dislike the game? I don’t think so?

By implying that it’s doing some horrendous insensitive thing and trying to level it as serious criticism (which is insane) I do believe that sentiment is saying that it’s “in the wrong”. I just don’t believe it’s an honest criticism in a game where you are yee-hawing 360 web swing bad guys like a sling shot.

You are certainly within your right if details hit close to home, but it’s a helluva reach.

I’m finally clicking with the traversal system and my god it’s amazing. Maybe the best I’ve ever experienced in a game like this. Swinging around NYC is just so joyous. I just spent some time doing that and loved it.

If this were some other hero universe, like say Gotham, and you were helping the cops set up a city-wide surveillance device, it would be weird and off-putting when you consider how often the cops in Gotham are portrayed as crooked. In fact, if the plot didn’t at some point turn into a warning about the surveillance state, I’d be confused. Doubly so when you factor in Batman’s tendency to use extra-legal techniques to beat up alleged criminals and immobilize his enemies.

In Spider-Man’s universe, (not necessarily the MCU or even Marvel 616, just the localized environment best known as Spider-Man’s world) the police are largely honorable and dedicated to a bygone concept of justice and peace. They aren’t ACAB thugs. They’re an idealized version of how police should be for the most part. Is that naïve and simplistic? You bet. But that’s the bright and cheery NYC that Peter Parker lives in.

Windows Defender keeps identifying the 516.94 GeForce drivers as a trojan so won’t let me download them unfortunately. Anybody else having that problem?

I got them via GeForce Experience. Did you get them directly from Nvidia?

I got them directly and it was fine… Not sure if I got Studio or WHQL.

Also using GeForce Experience and it shows I’m at 516.94.

Yeah I’m downloading them via nvidia.com so not sure what the problem is, though there is a thread on r/antivirus that has a bunch of other people saying the same thing.

I acknowledge that. I just enjoy m/kb so much more

I’m sadly in the opposite boat. I have RSI issues and can’t use a mouse for very long without my wrists, forearms and shoulders starting to become very painful. I need to for work, so can’t waste my pain-free mouse time on gaming :( (and I wear wrist braces on both arms at work most of the time.) Controllers don’t bother me, so they comprise 95% of my gaming. Locks me out of experiences I’d otherwise really enjoy, like strategy games and some sims.

I am in a similar situation. Years ago using the wasd keys started causing carpal tunnel like symptoms. I can type all day, but trying to use those those keys instantly starts causing problems. Adapted pretty quickly to using a controller, and software to mimic keystrokes let me play several games (including MMOs) that didn’t support controllers. Thankfully nowadays most games do support controllers.

Getting back to Spiderman, I appreciate that they added the ability to turn off QTEs. I generally loathe them.

I appreciate that they added the ability to turn off QTEs.

OH SHIT YOU CAN TURN THOSE OFF? WHERE? I hate QTEs so, so much.

Yeah, wow, that’s pretty awesome. I’ll probably start the game with it on, just to see what kind of QTEs they have in the game, and then turn it off when I get feel for what their intent was. I didn’t mind them in the 2013 Tomb Raider Reboot, for instance, but I think that’s the only game.

or you can purchase Spiderman Morales (full price) which comes with Spiderman Remastered?

It doesn’t come with it. You can pay $20 from inside Miles Morales to get Spider-man remastered on PS5.

As a new owner of a PS5, digging the controller feedback, and having never play a Spider-Man game, I’m curious about this. Can I just buy Miles Morales on the summer sale now ($50) to get Spider-Man Remastered to enjoy both on the PS5? I have the basic PS plus tier if it matters.

It seems like both games are well received and it might be a good time to check it out as I enjoy the new system.

FWIW If you upgrade to the next tier of PS+ (Extra) Miles Morales is included.

Hey this worked GREAT. Thank you!

I just started playing, and I’m having a really good time with it.

At first I was annoyed with the combat, but that was down to me playing it the way I’d play an Arkham game. Spider Man fights totally differently from Batman, and it took me a few awful fights to realize that I was supposed to move around and do crazy stunts all the time. Doink!

Also J Jonah Jameson mentioned a nazi made of bees, so if I don’t encounter one of those at some point, I’m still giving it a bad review just on principle. 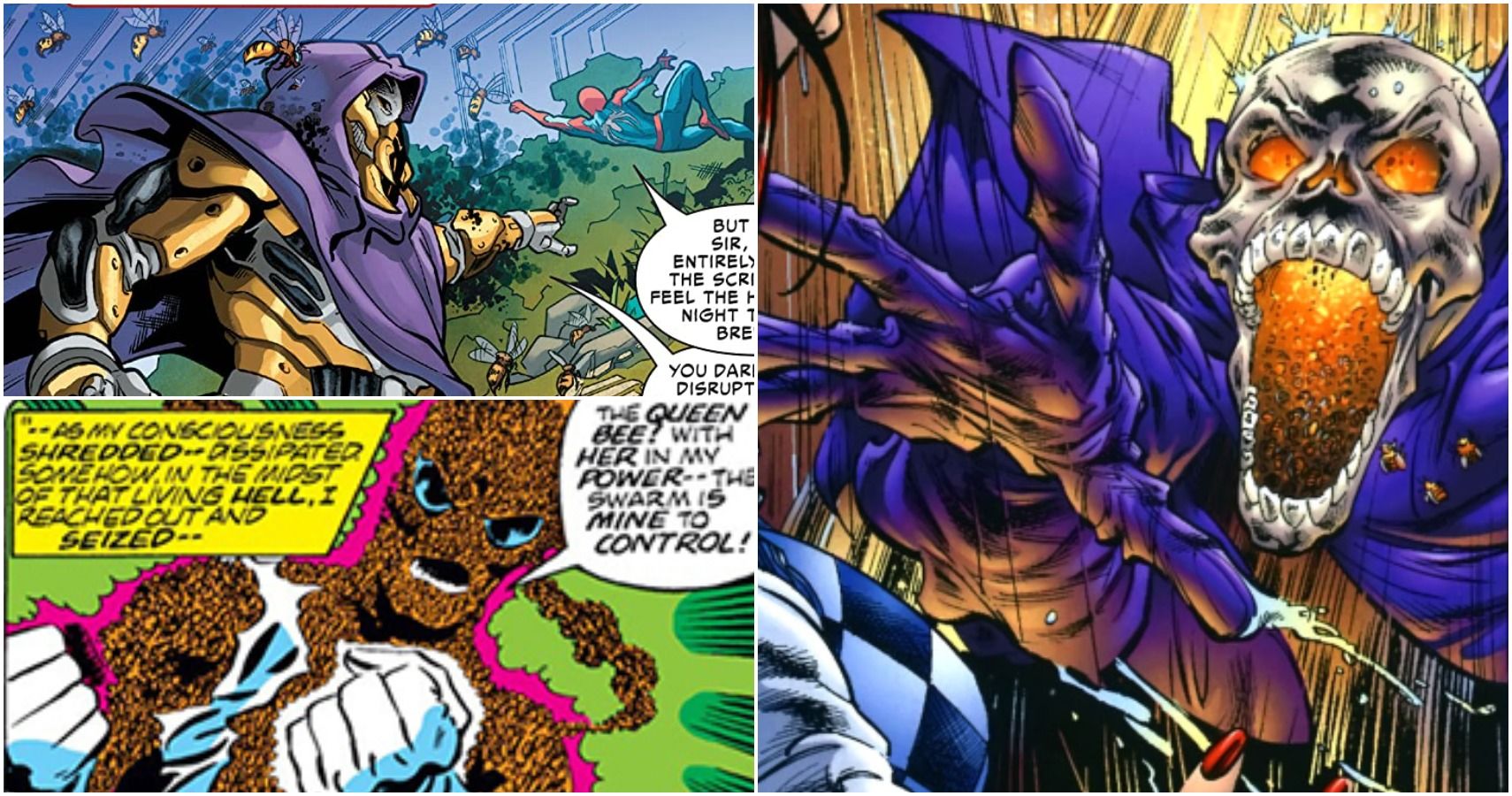 Nazi Made Of Bees: 10 Things To Know About Spider-Man's Villain Swarm

Swam is quite a villain in the Spider-verse, combining some very odd traits. Here's everything you need to know about him.

Loving this game so much, but is there a way to create another save file?