Iran deserves its own thread

Mostly because of the protests at the moment.

Huge crowd marching in the city at the religious heart of Iran: "We don't want an Islamic Republic." There is always hope for the cause of individual liberty. Always. twitter.com/farnazfassihi/…

I’ve always maintained the Iranian people are a natural ally. Things only got ugly cause we fucked around with their internal shit and then crazy fundamentalists took over. The people were pretty Western leaning and thinking before the revolution, it’s just when the dust settled the wrong people had seized control.

A buddy of mine who is about a dozen years older than I am fled Iran as a college-aged kid with his family in 1979. He has a picture of himself and his brothers looking all hipster cool, hanging out in at a resort near Tehran in 1976, and I swear if you didn’t know better you’d think it was San Francisco or Vegas from the same time period.

With that said, I agree that they should be a natural ally for the US in the region. But I got my hopes up in 2009. I’m going to wait and see a bit on this.

This seems to me like it might be more severe than the 2009 protests. I’ve been told that back then, if you were outside of Tehran and were pissed off about the election there was nothing you could do because the police had total control of other cities. This time, protests have spread to a lot of smaller cities and nobody can claim that it’s just a bunch of effete Westernized atheists.

The government really doesn’t have much control over what happens on social media. I’ve seen some pretty shockingly direct criticisms of the government, even comparing it unfavorably to that of the shah. Apparently if you can come up with a few bucks for a VPN you can get away with saying whatever you want. Maybe corruption has rotted out all their institutions to the point that even the security services are useless now.

I agree. What little has eked out of there doesn’t paint a very stable picture, including PJAK (think Iranian chapter of PKK) calling for more people to “join the fight.” No evidence of an actual civil war, of course - I think that’s likely just militant talk for stronger, longer protests.

When I was in college, taking Russian, one guy in the class was Iranian. This was the fall off 1979; when the embassy was taken over and tensions went through the roof, this dude returned to Iran to, in his words, fight for the revolution. He wasn’t a fundamentalist, not like the true hardliners, but he sure as hell hated the Shah, SAVAK, and all that.

The question of the influence of the fundamentalists in Iran is complex, I think. It’s equally wrong to think the majority of the population is right up there with the Pasdaran and the Ayatollahs as it is to think that the majority of the population wants nothing to do with them. There are a lot of reasons why the hardline Shias won out in the post-revolution phase, but I wouldn’t discount entirely their political capital with a fairly wide spread of Iranians. It’s eroding fast, undoubtedly, but for reasons related more often to economics, standards of living, and long-term prospects rather than to pure ideology.

While folks may well be chanting that they don’t want an Islamic Republic, that does not mean they do want a purely secular, Western, Saudi-Arabian esque society, either. But there definitely is room for some creative diplomacy and outreach here.

Luckily the USA is blessed with a superb, well-functioning, and fully White House supported State Department, and led by a sagacious president with vast international diplomatic experience.

Now they’re cutting off Telegram and Instagram. It’s like taking the phone away from every teenager in the country.

I believe you mean pre-Ayatollah Khomeini Iran. There’s been Islam there for hundreds of years.

Reminds me of old photos of Kabul, before everything went to complete shit over there.

The Middle East was doing okay before the West/Soviets fucked with things.

The cosmopolitan nature of those pictures reflects the influence and yes, political interference of the West, though. 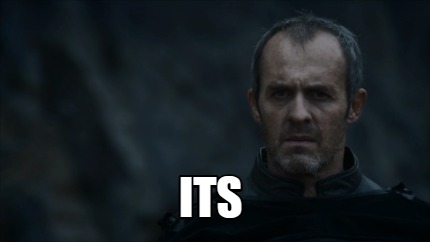 You are correct of course.

The few times I have traveled in the Middle East region, I’ve come away with the impression that a lot of the folks there do indeed enjoy many of the things we think of as cosmopolitan or even Western. They enjoy them, though, on their own terms, and don’t like feeling forced into stuff or dictated to. And they like to put their own spin on stuff, sort of, um, like everyone everywhere does. Westerners seem to think sometimes that it’s all or nothing, that you’re either an exact clone of London or New York or Frankfurt or whatever or you’re a loin-cloth wearing savage.

In Amman, Jordan, at the University of Jordan, you can see young women in full hijabs or burkhas strolling arm in arm with women in jeans and t-shirts, and all of them holding modern cell phones. Some of the traditional clothing is designer label, some of it is bedazzled and bejeweled with bling like you’re in Times Square. Some of it is basic black and very traditional. They have Coke in the convenience stores, along with the ubiquitous cell phone scratch off cards and they have local drinks as well. Restaurants mix and match hamburgers and schwarma. It’s all a sort of hodgepodge to an outsider–but imagine how, say, Chicago looks to someone from Jordan or Turkey (Istanbul is another place of contrasts for sure).

What I think a lot of people resent is the idea that just because they like the Internet, cell phones, fashionable cloths, fast food, and other “stuff,” that they have to then embrace Western policies, beliefs, habits, and cultural norms. Like us, they want to pick and choose, but often we tend to view Western culture and commerce as something of a theology, where purity is as important as practice.

I do too, but that’s precisely the kind of thing that has to come from within the country, not imposed from outside. The women who protested in Saudi Arabia by driving are the ones that made that change happen without resentment of outsiders, for example.

Today is a work-day in Iran, and reports are that things are fairly calm.

Rouhani’s statements yesterday were far more conciliatory and much less abrasive than anything Khameini or Ahmadinejad said in 2009 during the green protests.

I do too, but that’s precisely the kind of thing that has to come from within the country, not imposed from outside. The women who protested in Saudi Arabia by driving are the ones that made that change happen without resentment of outsiders, for example.

Note: The struggle for democracy in Iran is a 112-year epic. It's an Iranian struggle. Foreign powers, especially the West & Russia, would do really well to mostly just stay out of it and not have grand illusions about "helping." Just watching is awesome. twitter.com/fortismind/sta…
TheWombat January 1, 2018, 4:35pm #19

For the process to happen naturally, and internally, as is necessary, there will be a relationship between stuff and philosophy. The exact nature of that relationship will be negotiated by the people themselves, in their own ways.

When I lived in West Berlin, back when it was West Berlin (and I did so in two periods, 1969-71 and 1988-90), there were billboards specifically designed to show the East Berliners the wonderful “stuff” of the West. Ditto with TV and radio broadcasts, which despite Communist attempts to block them always made it through somehow. It wasn’t simply a crass attempt to turn commies into consumers, either; it was a clever way to link material comfort with political transformation. Even during WWII, in the USA, much of the government’s media information campaign (we could call it propaganda, I suppose) was filtered through and via advertising, which itself explicitly linked material prosperity, democracy, and war aims.

There is no hard line between the high philosophical or moral outlines of our Western philosophical foundations and the commercial attributes that free market societies also bring with them. There are also no guarantees that the one will bring the other; even here, we constantly negotiate that relationship.

Foreign powers, especially the West & Russia, would do really well to mostly just stay out of it and not have grand illusions about “helping.”