Iron Harvest deserves its own thread :)

Not sure if a mod copy the last few relevant posts from the rts thread here? 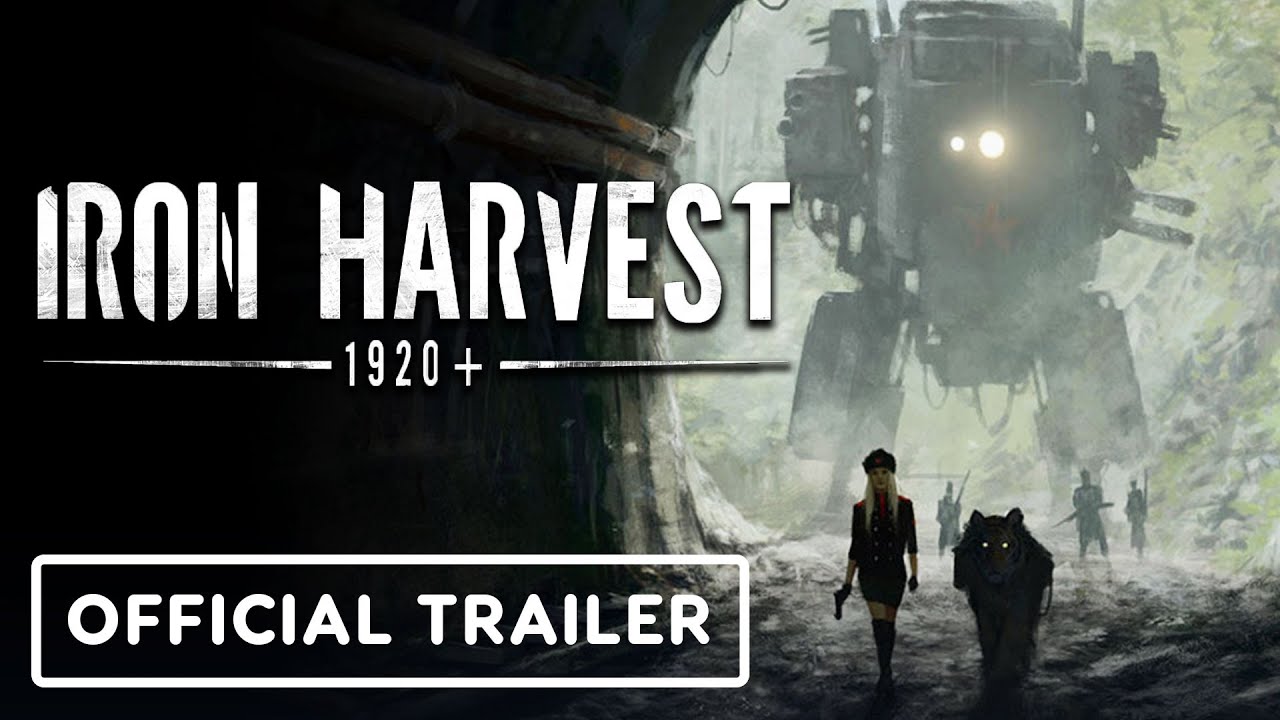 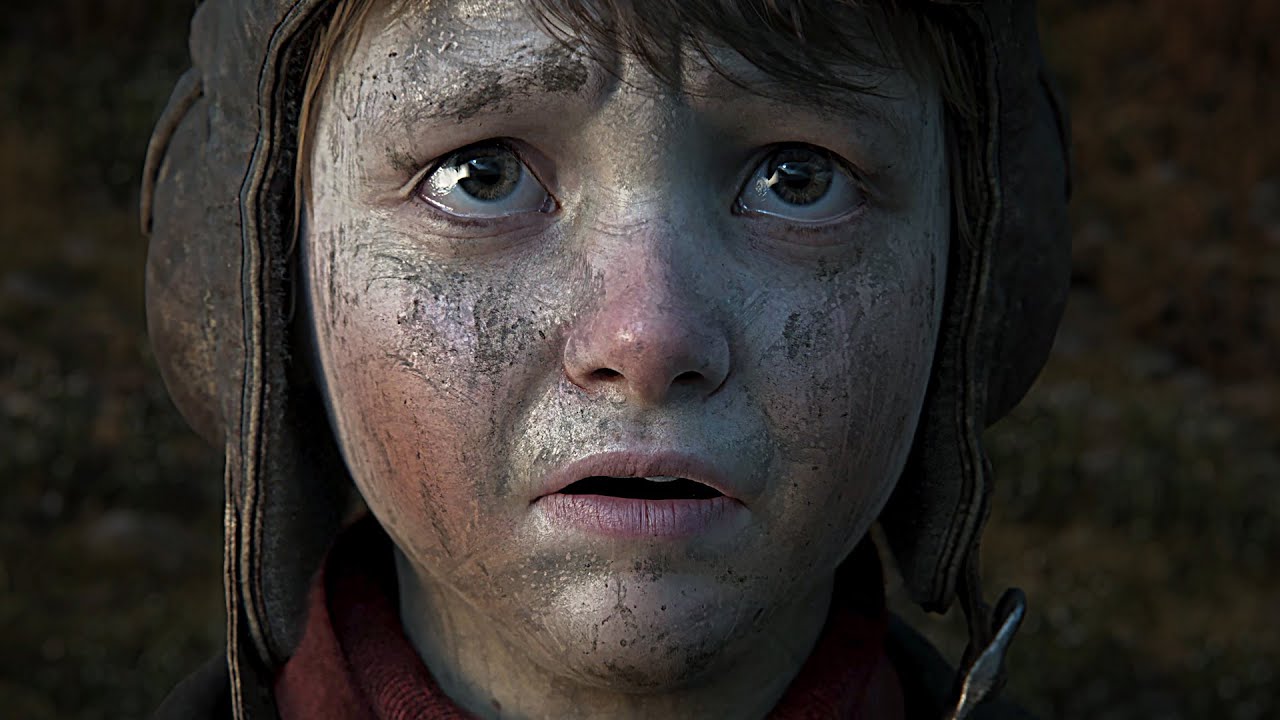 BTW, there was a rendered video that was I believe was made by an Italian guy. It was called something like “The xxxxxxx”. It involved a big robot tank thing invading in a WWI setting. I think that was the inspiration from Iron Harvest. Does anyone know what to what I’m referring? The video was incredible. This was from ~5-10 years ago.

It began when we discovered an artist called Jakub Rozalski, who created a series of pieces called “1920+”. We became huge fans of his after we saw the artwork, which was later turned into a popular board game. At KING Art Games, we then had the idea to turn his world into a PC game. We got in contact with Jakub and he was interested – this began our project!

I’m not sure what video you’re referring to.

I’m trying to find it, as it is almost like a scene straight out of this game. It’s heart-pounding, like the best extended movie trailer ever. Brilliant work.

Please: its, not it’s. Pretty please.

But then it’d be lacking a verb. Wouldn’t that be wrong? Give me a grammar lesson. I’m always willing to learn.

He’s referring to the thread’s title.

Some links in the OP would be nice.

Anyhow, how fast paced is this? It looks cool but I’m not sure I can handle a fast paced RTS requiring super high APM.

“Classic RTS” - so in other words frustrating difficult?

He’s referring to the thread’s title.

“Classic RTS” - so in other words frustrating difficult?

Are you saying it’s too fast or too slow? From what I’d seen, for once the speed looked good as opposed to the franticness of Starcraft II.

I was mostly joking because anything called “classic” usually means difficult (although I don’t remember old games being that difficult back then). In my head I think too fast and no pause and give orders.

To give you an idea, moment to moment it plays very, very similarly to CoH, with, at least in the demo, a slightly slower TTK.

Yes COH is about right but not as frenetic. The story is pretty good though with interesting characters.

All this based on my sampling of the demo is pretty positive. Many backers don’t seem impressed - not sure why. But for someone like me who likes the slower pace and is not an esports bot, with a neural net interfacing directly through the computers USB port, looks like I will pick it up.

Sounds like you can pause and give orders. (Developer response to a question on Steam last year).

I got the demo. Started playing. Almost quit–wtf, snowball fights? helping a kid learn to shoot deer? weird country names out of something like Chitty Chitty Bang Bang?

But I stuck it out for a bit longer. After several firefights and controlling multiple units in more interested terrain, it started to grow on me. It’s actually pretty good. Some quibbles: the interface is annoying. I keep left-clicking which deselects the unit. I’d prefer either left click for both select and move, or one of them for selection, one for movement, rather than always using right click for everything (though you might be able to adjust that, I haven’t looked). Also, using groups, you can’t have a unit in multiple groups, as in 1, 2, 3, and 4 being all of them. Sometimes groups would just stop being groups, too. But otherwise it seems pretty slick.

I do find the “barks” of the units repetitive and irritating, but that is an easy fix I think. The story isn’t bad, pretty standard “defeat the evil empire” stuff, with a somewhat charming if odd mix of faux countries and easily recognizable stereotypes. The whole thing actually reminds me, oddly enough, of The Crescent Hawk’s Inception, but in real time.

There is a crazy feature packed beta available for the next week or so (free on Steam). It has a LOT of stuff in it. I played a bit of the campaign along with some skirmish as I chase some “pre-season” achievements. I have been back and forth on how I felt about the game.

I really like the theme. The music and art style is pretty cool. The game is VERY Company of Heroes. That is sort of a draw back for me as I don’t enjoy the whack a mole chase/capture/retreat cycles. The factions seem a bit too similar. Gameplay is a bit fast in that a match is over just as it feels like it just started; lack of base defense doesn’t help this feeling. It has a reserve system that is cool, but seems exploitable. I would like more things to do with units. On the other hand, veterancy adds unit abilities. But, generally… I am really warming up to it.

Basically, I am having a weird curve with Iron Harvest. I was excited before I played, then disappointed, now I’m wanting to play it more and more. It is not like there has been a lot of RTS offering since MOBA killed the RTS star. I give it a definite “worth a look” recommendation at this point. Just turn a blind eye from a lot of the negative online backlash. I think a lot of folks expected a bigger budget game that went in a different direction. It doesn’t feel that tactical or slow of an RTS if you have played CoH before (it probably does if you have only played micro heavy games like Starcraft) so it was perhaps bad to hang their hat on that idea. The game feels rough. It could be amazing sometime down the line or just another unrealized potential game. Even in its current state, it is worth a play or five.

Arghhh, I hate that king of thing.

On the plus side, you have a bear sidekick that is hell on paws.

Arghhh, I hate that king of thing.

I don’t think I understood the game enough when I wrote that. At the time I didn’t understand the defensive structure options very well at all (thanks challenge missions!). You can get fairly dug in now that I understand it. At that point you protect your flanks, hold the line, then try to break the opposing line or flanks. I started to really enjoy it. Speaking of which…

So… the beta sucked up 23 hours of my life. I guess that means I do like Iron Harvest. I found the world interesting enough to play through the campaign parts available plus really appreciated the Diablo III like “season” (well, “pre-season”) stuff to chase cosmetics through achievement like progression. The game also has interesting modes for an RTS. In the beta there were specific challenge scenarios where the player had to hold the line in sort of a tower defense manner against waves. Each of the challenges varied quite a bit in the setup and goals plus did a really good job of teaching me specific units and their abilities as I chased the above mentioned pre-season stuff.

Here is some take away that took a bit to materialize for me:

In the end, I went from disappointed, to playing a ton of the beta, to pre-ordering the super duper version. The game is a win for me. If anyone is curious there is only one more day left of the beta and it is a huge chunk of the final release. Just keep in mind the enjoyment curve I had should you start with my initial reaction of “disappointed.”