Is Jenner right or wrong?

"We have to protect girls' sports in our schools," Jenner said in an interview with TMZ.

While I have my own opinions about this, I’d like to get other takes first.

I think at the level of elite competition (professional, Olympic, World Championships) in sports like track and field, there is a debate to be had about testosterone and gender. Below that level? Let the kids play.

I don’t think it’s fair for transwomen who are not on a sufficient hormone regimen to compete in women’s sports. There is a competitive advantage given by testosterone.

Given how rare HRT is for high school kids, this would largely force transgirls out of high school sports. (I don’t know if puberty blockers would even the playing field)

Stating this opinion would get me killed by many of my trans friends. Understandable, as it’s important to validate transwomen as women. I think the sport matters as well. Something like golf I don’t think it would matter as much as say, basketball, or wrestling (though wrestling tends to be co-ed)

transwomen on HRT are usually at a disadvantage compared to ciswomen, as they tend to have even lower testosterone levels on average. The IOC has a minimum standard for hormone levels for transwomen, and it’s one I think makes sense.

transmen there is no issue.

That said, the current blanket bans are a product of bigotry with no effort to use actual science. Jenner is still a dumbass. Trans women can be just as much of a stupid Karen as any other woman.

Also, the IOC standard I mentioned, I believe it has nailed a ciswoman who was ruled ineligible due to too much testosterone (and it was proven to be natural)

I completely agree with you. I’m so tired of sports fans telling me how it’s not fair etc etc. It’s a bunch of kids playing a game. If we need to take the competition aspect out of it to help normalize it again to “kids playing a game” rather than “the sport my kids play that I want them to win at” then let’s just give up scoring.

And it’s made so much worse with college recruiting and paying sports scholarships. Now high school sports matter to people because they see their kid getting a free ride to college, but colleges shouldn’t be pressuring kids like that.

Meanwhile, all the private organizations for sports can have whatever rules they want for participation. But when the Florida legislature is saying that kids’ genitalia can be checked on request for playing a game in high school, JFC we’ve gone way too far.

I can see the argument here as well, and after a bit of thought, I agree with it overall.

I’m speaking from the competitive perspective, but if the goal is participatory, then yes, there are no issues.

Really, the amount of folks this would be a legit competitive issue would be so tiny on this that I think it’s a solution looking for a problem.

Or to be more precise, it’s Republicans looking to create a new moral panic to peel off voters who have been repulsed by them, which is not going to work because they’ve become too repulsive.

I’ll put it in a personal context. My daughter is an elite track and field athlete, for her age in high school. She’s been ranked as high as 4th in the U.S. in her event and 1st in Canada (she’s a dual citizen). Neither she, nor I as one of her coaches, would care at all if a trans kid was competing with her. At her age, competitions are about learning to compete, not winning. She’s working on form and mental toughness and winning doesn’t really matter in those contexts.

Maybe I’ll feel differently if college scholarships are on the line someday, but I hope not.

Also, this is a Republican wedge issue 100%. There’s a Republican guy I work with who always previews these arguments with me out of the blue, and about 1.5 or 2 years ago he brought this up when we were talking about Trump. I was running down the good things Democrats were saying they would do and all the bad things Trump had done and he came up with “yeah but I don’t think boys should be playing girls’ sports”.

You sound like a real mensch John Doyle. I salute you. My kid’s trans and this totally affects me, and the Republicans are trying pretty hard right now to kick me out of my state, among other things.

At lower levels of competition, this hardly seems to matter, especially when you consider the absolutely trivial number of cases that would come up.

There seems to be this unspoken suggestion that assume kids is going to pretend to be trans so that he can win at highschool sports… And that’s not something that’s going to happen.

I have a number of friends who this impacts as well, and I know at least one poster here is impacted personally.

Just like the bathroom bills that assume guys are going to dress up as girls to go in there and freely molest our precious girl babies, it’s really just red meat to get assholes out to vote. The new republican party. No ideas, just raw hate.

Just like the bathroom bills that assume guys are going to dress up as girls to go in there and freely molest our precious girl babies, it’s really just red meat to get assholes out to vote. The new republican party. No ideas, just raw hate.

The bills that would legally force a butch guy who used to be a woman to go into those bathrooms with your daughter.

Yep, that’s the one! Turns out their irrational hate doesn’t even accomplish what they want to do. Probably because they’re all fucking idiots.

We’ve bounced back and forth on this in another thread (probably the generic LGBT one), but generally I agree that we need to figure out what youth sports are “for”. If they’re for encouraging participation and team building and all the things we usually say youth sports are for, then the damage caused to trans youth from disallowing them to compete or forcing them to compete in a gender other than the one they identify as is contrary to the goals of youth athletics.

But also, I mean, checking my own privilege, I’m not over here relying on scholarships to pull me out of poverty or anything like that, so it’s easier for me to say. But even given that, it seems to me that the chances of trans youth in sports competition actually making a significant impact on the viability of other competitors seems vanishingly small. There are always marginal cases, so I’m sure it will happen, but it’s likely no worse than the hundreds of other factors that can influence such things (birth month, childhood nutrition, scouting, pure luck) that I don’t think it’s something worth worrying about given the trauma it would cause to trans youth to be systematically excluded.

And, of course, the idea that people would pose as trans to take advantage of this “loophole” is laughable.

At peak levels of adult competition (Olympics, etc), I also have thoughts, but they’re more complicated. But generally, I feel like fairness is an illusion. The rules for those sports organizations (e.g. pro/amateur, weight classes, gendered competition) are already arbitrary, and the fact that trans people exist simply throws a light on that arbitrariness, it didn’t create it. I’m very much reminded of the Oscar Pistorious debate on whether prosthetic legs gave him an advantage over other runners. There’s all sorts of reasons people do or don’t qualify for competing in the Olympics, adding more complexity there doesn’t get me too worked up. I may think the rules they come up with are stupid or unjust, but at the end of the day, they’re arbitrary one way or a other.

Jenner is Trump-supporting trash so I hope her run goes nowhere.

This is an issue where we can and should look at the actual real world evidence rather than speculating. In recent years many school district in a number of states have allowed trans athletes to compete in girls sports and records are kept of that participation as part of the sports system.

So we don’t have to guess, speculate or theorize.

The anti-trans side claims that trans athletes make sports more dangerous for cis girls. We can measure by seeing if more injuries are reported in these sports.

The anti-trans side also says that trans athletes would have an unfair edge. Well since we do keep records of who wins and loses, we can measure that.

Until and unless there is evidence, all these high school sports bans are just based on speculation and bias.

(I do think there is evidence of potential competitive issues with Olympic sports based on the history of hormone treatments, but that’s a separate issue.)

I think the only way to be fair (at pro and Olympic levels, I don’t think kids’ or college sports matter enough to not just let anyone play as whatever) is to remove gender-based categorization altogether and set up different leagues based on measurable physical characteristics.

I mean while sure, transhumans could use their superhuman powers to have a edge of normal humans in sports competitions, shouldn’t we first ask is this a problem in the first place? Have there been any mutants or perhaps demigods or other transhumans actually competing in school sports? 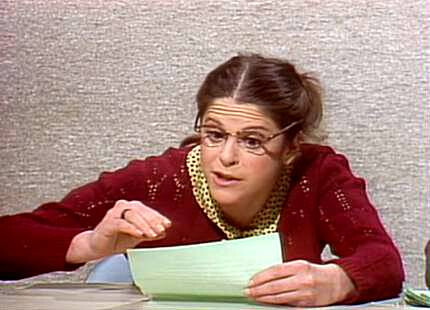 I mean, in theory, you could have testosterone-classes like weight-classes, but that’s such a non starter, we might as well be talking about amending lifetime appointments to the Supreme Court or repealing the 2nd amendment.

Non-starter? Give the GOP a few months and some state legislature will be passing a bill about testosterone limits. Since the genital checks didn’t fly that’s a obvious next step to try.