Guessing: Use only what’s in your mind (don’t Google it). You get one guess per frame, and if you want to guess again, you’ll have to wait until the next frame gets posted. If you guess the movie, it’s your turn to post.

Here’s a link to the google doc of all the movie frames posted so far , curated by @charmtrap.

The film is Como Era Gostoso o Meu Francês (English: How Tasty Was My Little Frenchman)

Released in 1971 the film, directed by Nelson Pereira dos Santos, follows the story of a Frenchman who is captured by the Tupinambás tribe in 16th Century Brazil, against the backdrop of a proxy war between the Portuguese and French for control of the area, using the aforementioned Tupinambás and the Tupiniquim tribe (their rivals) as proxies.

The vast majority of the film’s dialogue was written in the Tupi language and the actors and actresses who portrayed the Tupinambas wore historically correct attire, contributing to the feeling of isolation of the French captive and the mood of cultures, alien to one another, interacting, sometimes brutally and disastrously.

Pereira dos Santos was a filmmaker who followed on Italian Neo-Realist and French New Wave concepts of cinema and fused these principles into a particularly Brazilian sensibility, pioneering the Cinema Novo movement,noted for its emphasis on social equality and intellectualism, in response to class and racial unrest both in Brazil and the United States. The film was a runner up for the Berlin Film Festival’s Golden Bear in 1971 and is considered a classic of Brazilian Cinema.

I personally discovered this film when it was on Netflix circa 2011-ish; it sparking my interest then as I was beginning to delve into Italian Neo-Realism and explore films inspired by that movement. The transfer was (and still is) horrible. Currently, it is fully available on YouTube. It may have passed into public domain, and certainly deserves the Criterion treatment.

New frame in a minute or so.

This Twenty is a daisy. 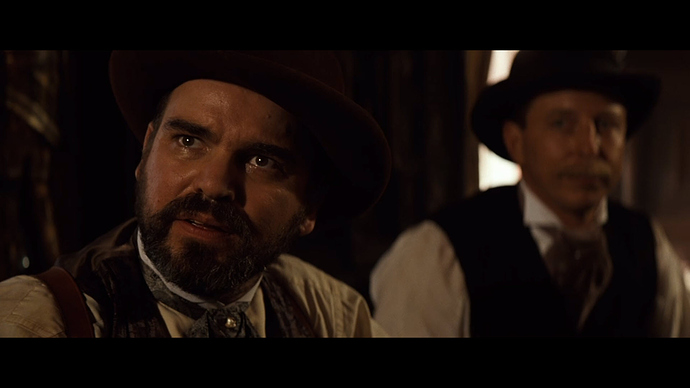 Not drinking on NYE has its advantages, apparently. Tombstone!

Not drinking on NYE has its advantages, apparently. Tombstone!

Twenty-Six years before his son made “revolutionary” acid slasher films with red filter lenses, which the snob-twitteratti proclaimed as groundbreaking works of art in a world where the alternatives were pixels fighting each other, George P. Cosmatos directed what is probably the most definitive and comprehensive recounting of the Earp-Canton/Cowboys feud that occurred in Tombstone, Arizona Territory in 1881, noted for the “Shootout at the OK Corral”.

And a tour de force by Val Kilmer as Doc Holliday.

The film was also notable for using many location shoots throughout Cochise County, AZ, where the events actually occurred. My daily commute when I was a resident of Bisbee and worked in Cochise County for the gubment took me past many of the locations (the Hooker Ranch site, the San Pedro River Ambush site, to name just a couple) frequently.

If you haven’t seen it, you probably should. 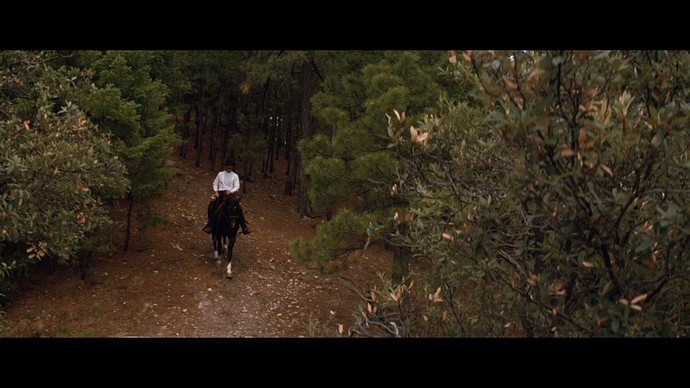 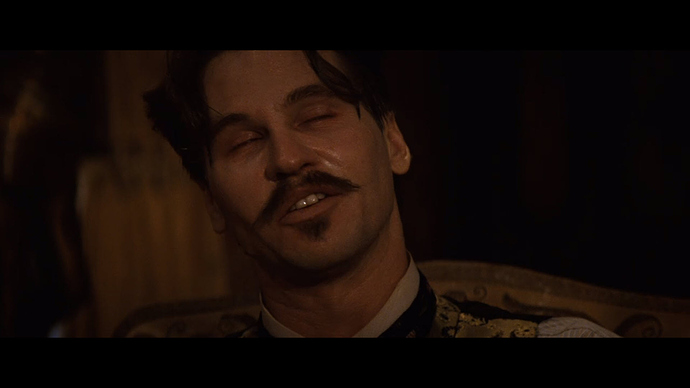 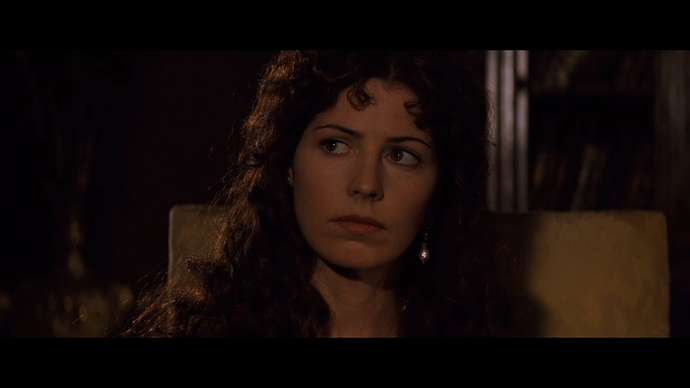 The Hundred:
Navaronegun used to have this view every day from his back porch. 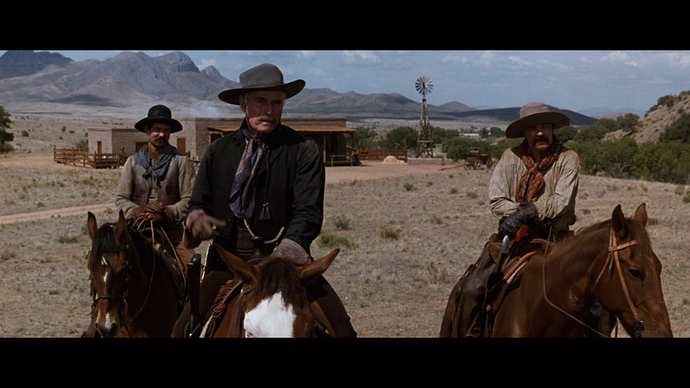 The One Twenty:
Yes, the screen was black. Included for completest reasons. Cosmotos probably inspired his “genius” son with this frame. 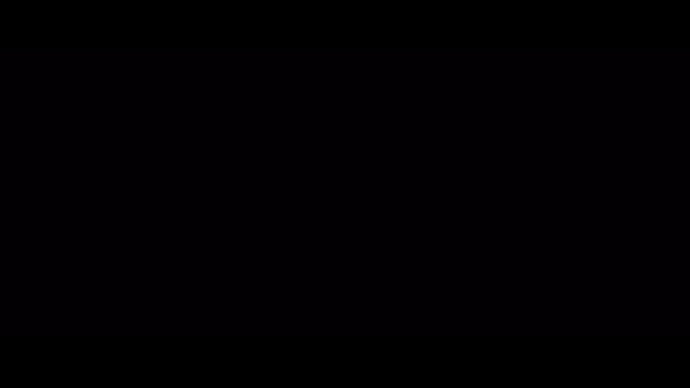 “Go ahead, skin it! Skin that smokewagon and see what happens, @charmtrap!”

26 years later and he hasn’t aged a day.

Hey, I heard that Kurt Russell and to a lesser extent Michael Biehn and Bill Paxton were the real directors on that set! Just, uh, don’t ask me to cite my sources.

Just, uh, don’t ask me to cite my sources.

You’re a daisy if you do! 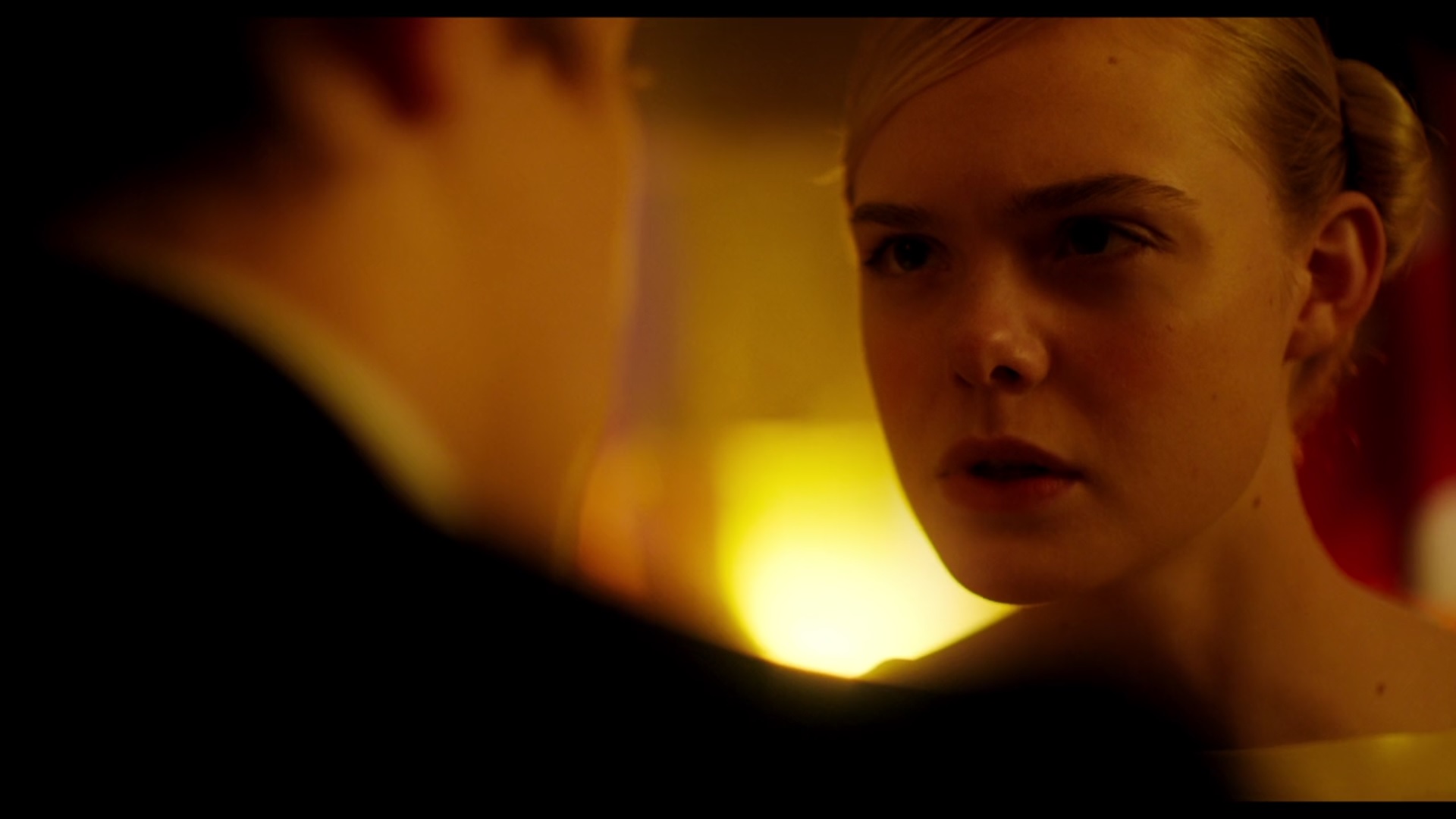 Is Charmtrap the kind of person who would pick a Woody Allen film?

I think he is. A Rainy Day in New York?

I am definitely someone who’d pick a Woody Allen film, but not this time.

OMG, i just lurk here once in a while and i just dropped by to give Christien my wellwishes but i actually know this one. Hope you guys are newbie-friendly… sucks in air through teeth

Oh yeah, its “How to talk to girls at parties”! A movie so unfortunately sexy that it makes reality less appealing. Ugh. This was almost as guilty a pleasure as “Cruel Intentions” was back in the day. And i dont have the adolescence as excuse for this one to have watched a lot of scenes several times…

Edit: So excited. Actually even know one that would fit so well after this.

It is indeed How To Talk To Girls At Parties! Elle Fanning, Nicole Kidman, Ruth Wilson, Matt Lucas in a John Cameron Mitchell film, thinly based on a Neil Gaiman short story about adolescent love, punk scenes in the 70s…and also alien cannibals. Ultra-flawed and often silly, but so endearing. Enough to overlook all of that. 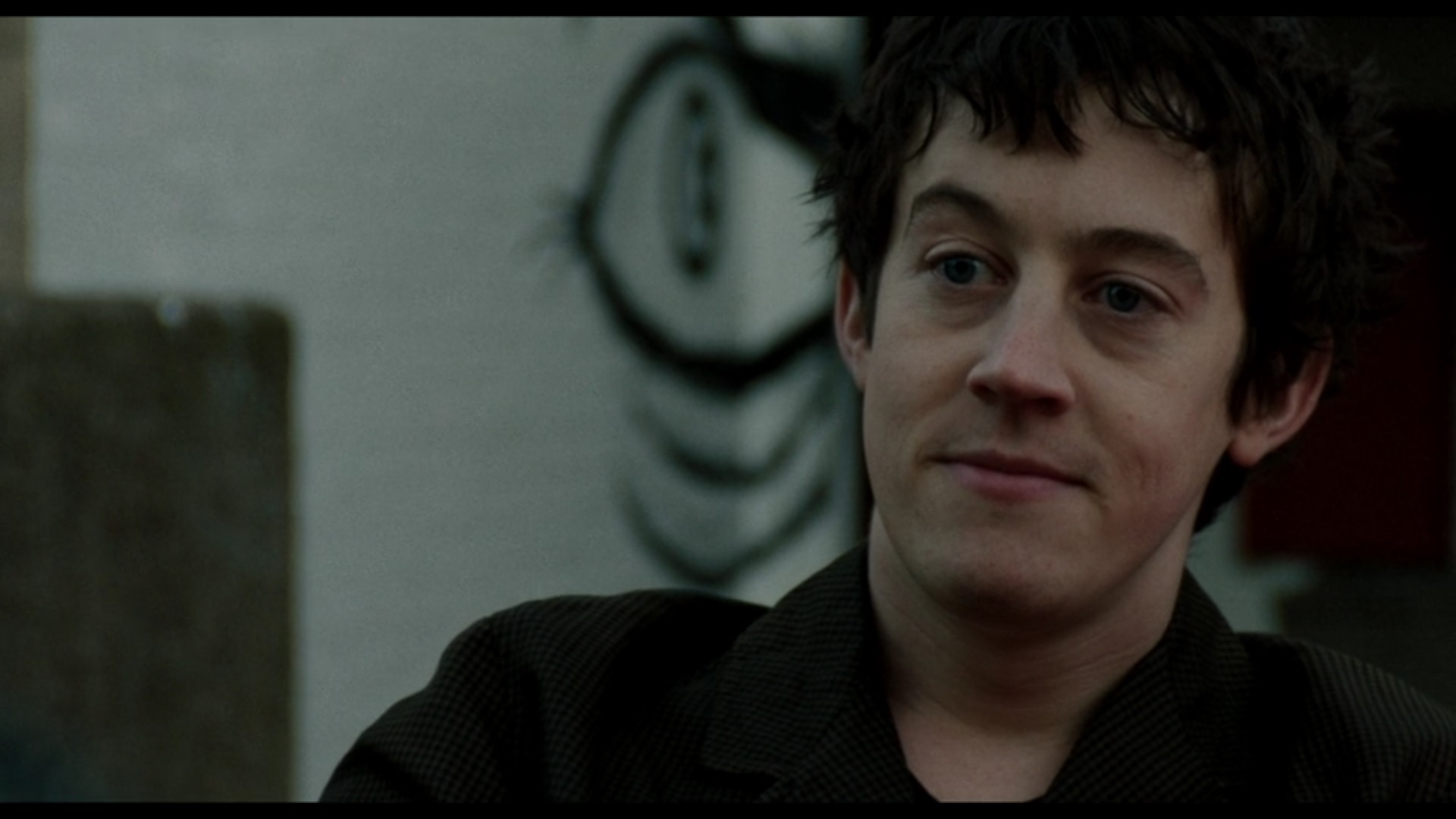 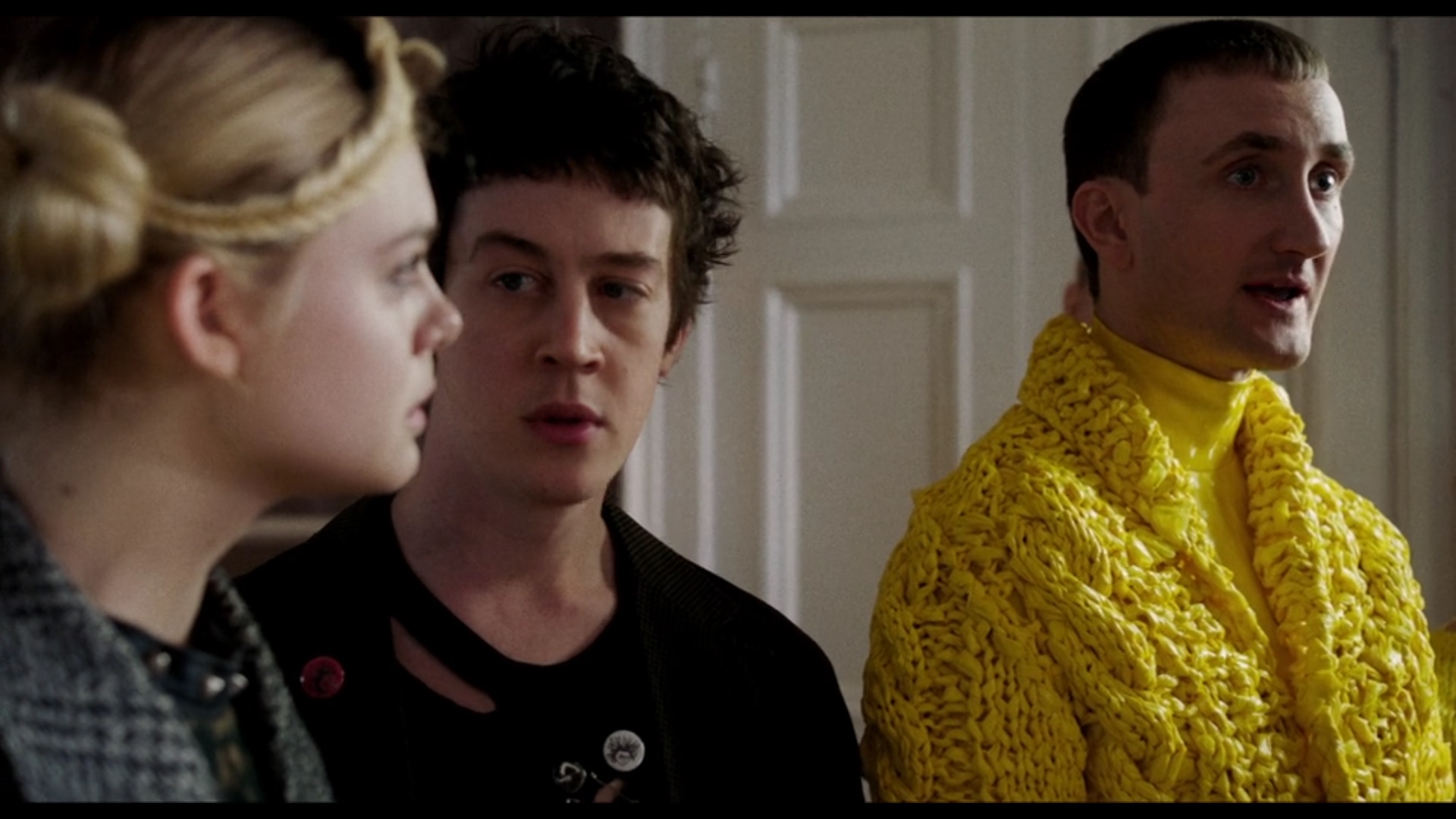 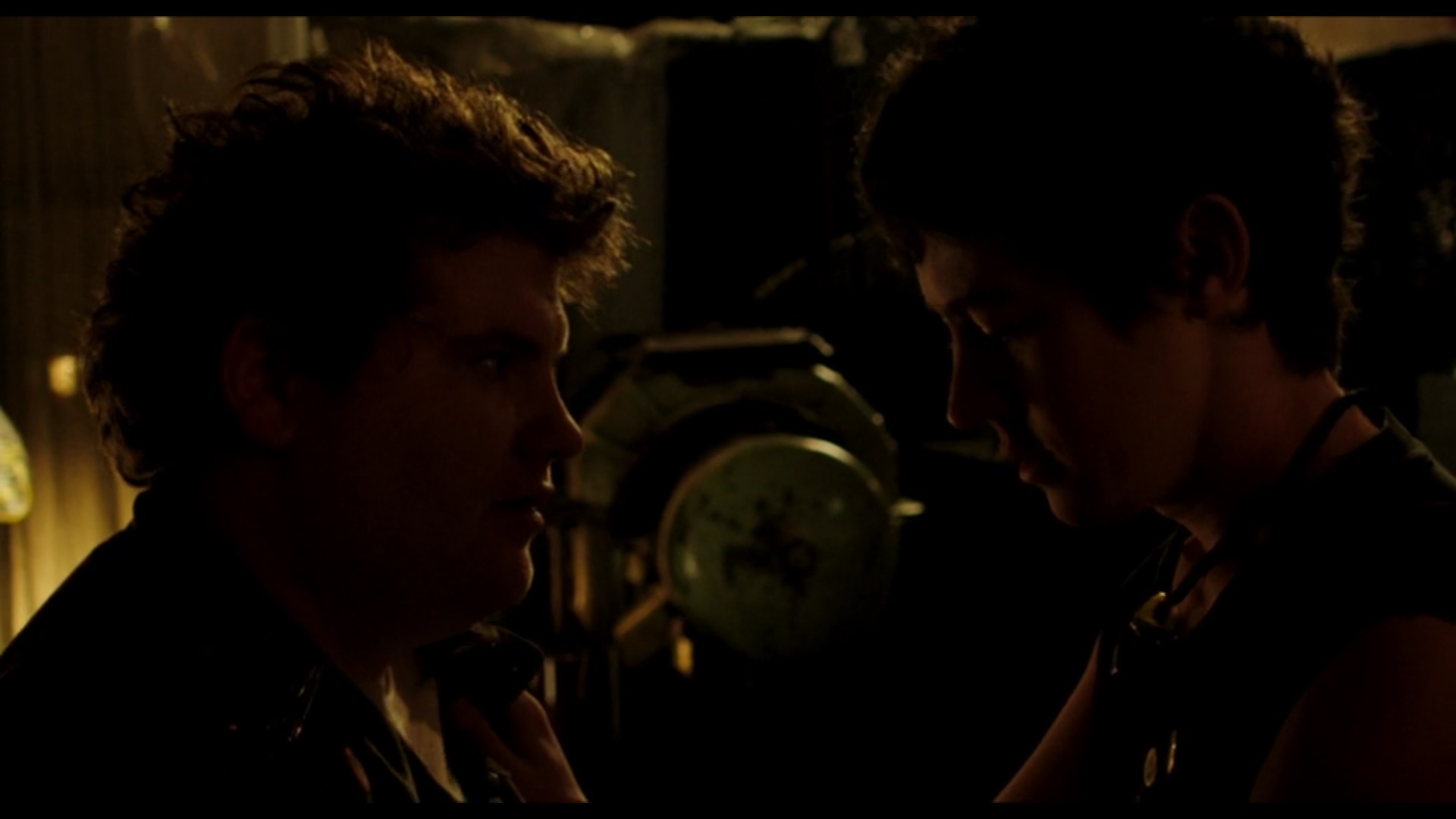 There are contradictions in your metaphor, @disqus_OckUiJpJIu, but I am moved by it.

In this game, can the film be an obscure title?

Sure. But keep in mind that if no-one guesses your movie, you lose.

@disqus_OckUiJpJIu, it’s your turn. Or should someone else pick up a movie?

It’s been three days. I’d vote yes. I did the last one, so post something @Buckaroo.

Not the first time a new poster has screwed up the game…he has disqus generated screen name, so what were we expecting I guess.