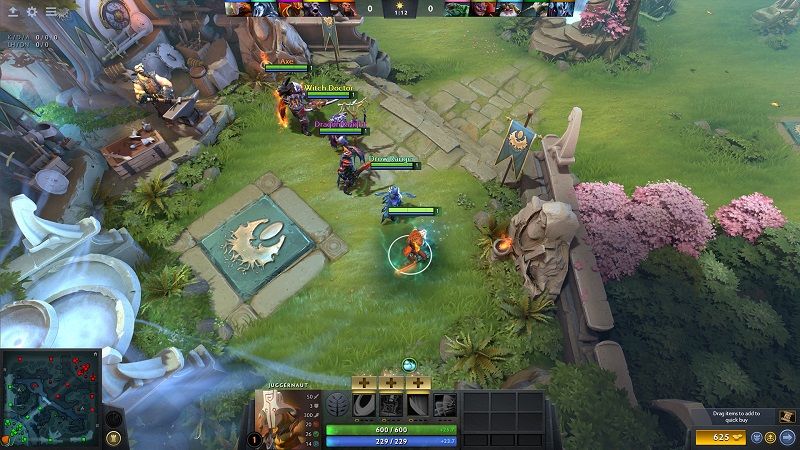 The latest Dota 2 premium pass includes access to tools that gives owners the ability to put other players on a personal ban list..

If everyone could just high-five each other, there would be peace on Earth.

As if Valve even needs money. What a pathetic move.

As if Valve even needs money. What a pathetic move.

This is absolutely not about money. They are limiting the amount of people who have this ability so that the matchmaking systems are not totally crippled by every single player having a list of people who they can’t be matched with.
The money is a side benefit.
As to the feature itself I am totally against it, it’s stupid and has no place in a competitive game enviroment. Imagine if -insert sports team you know- would be able to opt out of ever facing some of the other teams in their championship.

Real sports have rules preventing unsportsmanlike conduct. If you run around a football pitch screaming racist abuse, you will vey quickly find yourself suspended and fined and eventually you will never play again.

So do online games, they all punish all racist & homophobic speech. But getting called out for bad play is, I feel, part of the game.
Then again I play on the EU East and Nordic server in League of Legends, and the toxicity here is legendary, getting called trash every other match is par for the course, and isn’t even punished here, cause they’d have to ban half the playerbase. No one rages at teammates as well as us Eastern Europeans.

My hobby still needs to grow up.

So do online games, they all punish all racist & homophobic speech.

In theory, sure. But as Enforcement is spotty at best, and easily circumvented with smurf accounts etc. DotA has an active player base of millions. Matchmaking can handle a few exclusions.