It's time to have a 2020 Presidential Election thread

But they are so homogeneous - it’s easy for white people to help pay for healthcare that is used on other white people. Besides, Norwegian still get cancer and the flu so there really isn’t much point in changing to their system.

The world is in a sad state of affairs when it took the second sentence to realise you were joking.

Ha, yes. Incidentally, I thought downtown Oslo was more racially diverse than Boston. Not like NYC or LA, but still not bad.

I’m sure they cry themselves to sleep at night for lack of some ineffable “Americanness,” though, right? Riiiight? 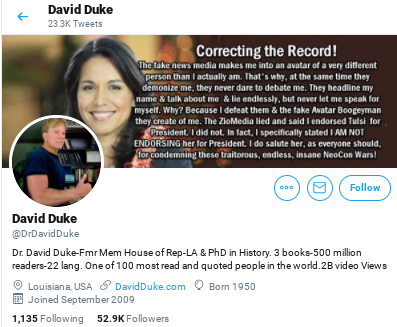 Right now there appears to be this weird, weird disconnect between members of the Democratic donor class and the actual Democratic party.

Joe Biden will accept their money, but the donor class views him as too old.

Elizabeth Warren, Bernie Sanders (and since June or so) Pete Buttigieg won’t accept money from most but not all folks in this category. (And the donor/bundlers have always liked Pete but been wary of him, too; there’s worry over that whole gay thing in the general.)

And so this tiny, tiny group has decided that what the Democrats really need are a strong shot of centrist, boring candidates. Thus, Bloomberg is in and running a stupidly doomed campaign with strategy so bad its hilarious. And now we’re getting word that Deval Patrick is thinking of getting in, too, likely spurred by the same forces. He’s doomed as well. I can’t believe people would throw money away like this…well…yeah I can believe it, actually.

At any rate, these donors are doing this rather than notice Amy Klobuchar, Cory Booker, Michael Bennet and Steve Bullock. Those are real life moderates – with both ideas, some campaigning chops, and charisma – that can’t seem to catch any fire. Any of those make more viable candidates than Deval Patrick or Michael Bloomberg.

And then there’s the last kicker here: asking voters about the candidate field in general is a staple of most good polls that are taken. And if we look at aggregate percentage, 85% of Democratic voters are very happy with the quality and field of candidates they have to select from right now.

Still, expect the NYT to flog dumb stories about candidates considering getting in for the next few slow months before Iowa.

Is it me, or is it that the Democratic donor class are always looking for a centrist to enter the race, no matter who is actually in it?

At any rate, these donors are doing this rather than notice Amy Klobuchar, Cory Booker, Michael Bennet and Steve Bullock.

I think it’s because, as you say, they can’t catch fire. They’ve been around now, in debates. Folks generally know who they are. Just, no one cares about them. They aren’t interesting candidates to anyone.

If the Democrats are gonna run a “moderate”, then they should run Pete. And I put quotes there, because there’s nothing real moderate about Pete, unless you mistake sensibility and thoughtfulness for being a moderate. Maybe that’s what it is, I dunno. But I feel like Pete’s more energizing to voters than those other folks.

But in 2020, they don’t have a candidate. So they’re basically playing the waiver wire like a fantasy football player at 12:45 on a Sunday, looking for a running back .

They are also used to having much more control over the process – or at least more participation in the process – than they have now. In 2000, they were able to escort Bill Bradley up the off ramp. In 2004, they got Kerry where he needed to go. In 2008, Obama surprised them, but they were happy to jump on board that speeding train late, mostly to give Hillary a “Check yourself” moment. But then Hillary was their candidate again in 2016.

Put that way, it doesn’t seem like they have a very good track record identifying winners (I know you’re not saying otherwise, I’m just making an observation).

Put that way, it doesn’t seem like they have a very good track record identifying winners (I know you’re not saying otherwise, I’m just making an observation).

But then Hillary was their candidate again in 2016.

As I recall, they were encouraging Bloomberg in 2016 too, weren’t they?

So they’re basically playing the waiver wire like a fantasy football player at 12:45 on a Sunday, looking for a running back .

Just to correct the record, Booker isn’t a moderate.

Last I checked he is still not Joe Biden, sp I am ok with this.

I mean, really, any of top candidates besides Biden is fine with me.

Also, each candidate’s movement within Monmouth’s polling (BTW, they got the top rated pollster spot right now from 538, just edging out the NYT/Siena/Upshot poll)

Warren at -2 in Iowa since August is surprising to me.

Warren at -2 in Iowa since August is surprising to me.

Monmouth was early and good at catching her spring/summer surge. I can remember that poll, when it was a big deal that Warren trailed Biden 36-20. It was like “Oh, this is going to get interesting/messy.”

I wrote to @stevekornacki last night "when do people really start to rip Buttigieg?" I imagine that starts about now.
triggercut November 12, 2019, 7:19pm #6993

BTW, one thing that’s been seemingly working really well for Buttigieg is following an Obama campaign model in Iowa. Lots and lots and lots of little campaign offices throughout the state, even in tiny little farming towns. With paid staff at those offices, who daily are doing some real campaign work on behalf of their candidate. He’s doing the same thing in New Hampshire, where his numbers are also surging.

But…Obama had South Carolina. Mayor Pete is looking at an absolute disaster there.

Man, Harris really dropped like a stone. And I’m kind of surprised that Sanders is on the up-swing; I thought he was dead in the water.