Jack Kerouac would have loved Out of the Park Baseball 15 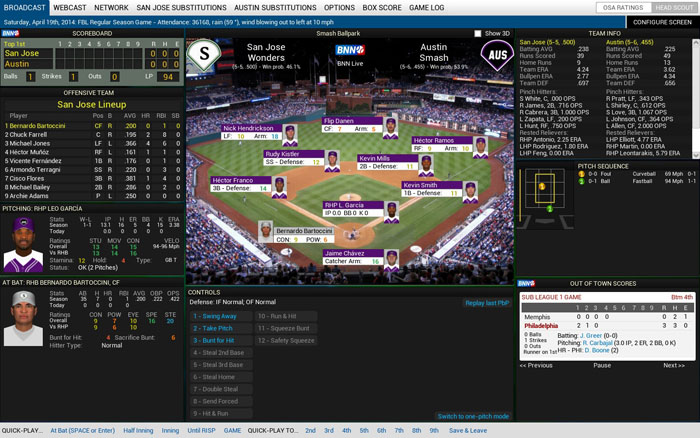 One of my favorite Out of the Park stories of late is that of an internet poster who felt his father could have made the major leagues as a pitcher, were it not for college-age life choices which derailed that outcome..

I've always been a big fan of the OOTP series. I wish I had more time to devote to an online league.

Thanks for the review!

Oh, quick note: This is actually version 15, not '15, as in an abbreviation of the year. The game is an annual release and has been around since 1999.

FASCINATING. That is good to know, Brad. Maybe Tom will add an editor's interjection. -Seth

Correction:
"who who [sic] then helped establish"