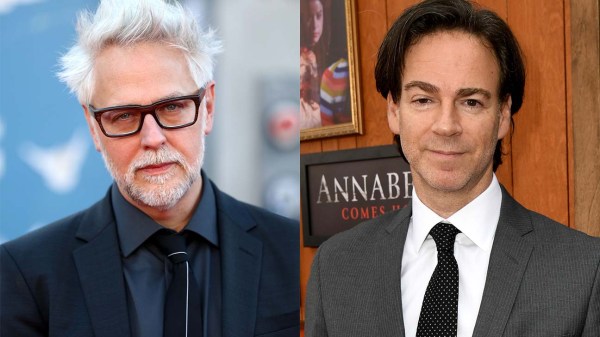 The duo will report to David Zaslav and assume the titles of co-chairs and co-CEOs of DC Studios.

The unprecedented move, in which a top director will assume a top executive post, marks the end of a months-long search by Warner Bros. Discovery CEO David Zaslav to replace DC Films boss Walter Hamada, who departed the studio last week.

Gunn will focus on the creative side, while Safran will focus on the business and production side of things. Both are expected to continue to direct and produce projects, respectively. They will report directly to Zaslav, and work closely with Warners film bosses De Luca and Pamela Abdy. Sources say the deal is for four years.

I would have run with “DC Gets a Hired Gunn”

Didn’t they see James Gunn’s deleted tweets from a decade ago that he already apologized for?

That article didn’t really mention all the friction under Warner Brothers Discovery.

Maybe James Gunn, as one of his first acts, can release a Batgirl movie.

Wow, an actual good decision. Only better one they could’ve made would be hiring Bruce Timm et al.

Well, that’s one way to turn over an apple cart, and I heartily approve! I was especially delighted while I was briefly confused that Peter Safran, who I’ve never heard of, was actually Peter Sarafinowicz, who I have heard of and who I would love to be in charge of DC movies! 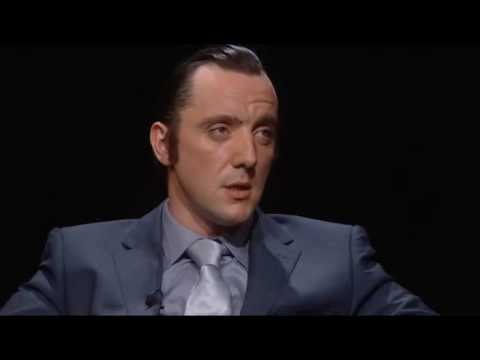 But, alas, it’s a different Peter S, so my dream of a Batman vs Sassy Trump movie is as remote as ever.

Good point, they should put The Tick in charge of Batman.

People in Hollywood who were planning on pitching a DC project where the protagonist was not a slightly a-holeish dudebro with Daddy issues who discovers a found family: OK, time for a rewrite!

I don’t rate Suicide Squad as highly as some do, but hopefully he can attract some directing talent and bring some joy back into the DCU.

This is great news, the DCEU needed its own Kevin Feige for years now. Also thrilled that Cavill has been rehired as Superman.

Good pull by DCEU. But I do wonder if Gunn will go full Waititi with no one to reign him in. He hasn’t so far and has been consistent and seemingly good at not going too far down Gunn Road that the rest of the world won’t follow.

It does make me a bit sad he would be involved with Marvel or GotG anymore. At least until DC screws this up somehow and he goes back for GotG 6 in a decade.

Yeah I wouldn’t count on GotG 6. Or, for that matter, 4. Gunn has said it was going to be 3 movies only since forever, and Batista has also said he’s out and he won’t be doing Drax after 3. (And Pratt is presumably vastly more expensive these days.)

Which isn’t to say none of the GotG characters will ever show up again; it’ll just probably be as cameos or supporting players. Rocket and Groot are more likely to pop up than the others, since it’s cheaper to get actors to do performances when they can do them in their pajamas instead of on-set in full makeup.

(Thor 4 was a special case, as both Waititi and Hemsworth were eager to do it. And that was a one-movie deal. And of course, all bets are off if you go out on a long enough time frame and you get into nostalgia revival territory - maybe we’ll see a GotG reunion in 2034, if Pratt’s career has stalled and Gunn needs a new mansion.)

Side note: Whenever I see James Gunn’s name all I think is “James GunnnNNN!”

It’s LocoCycle for me. 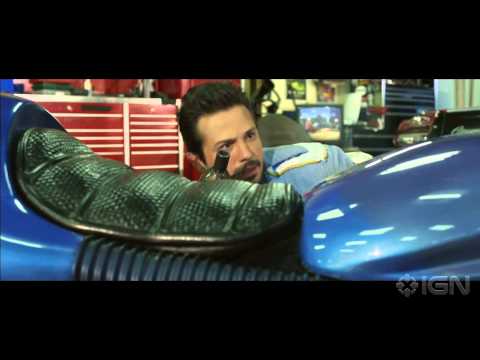 Good pull by DCEU. But I do wonder if Gunn will go full Waititi with no one to reign him in. He hasn’t so far and has been consistent and seemingly good at not going too far down Gunn Road that the rest of the world won’t follow.

Unless I’m completely misinterpreting this announcement, this deal has nothing to do with Gunn directing any future movies; he is co-leading DC Studios, which means he is in charge of choosing which movies get made and which writers and directors work on them. Sure, maybe he’ll choose to direct a movie sometime down the road, but that’s completely separate from his role as co-CEO.

(Also, I believe he pretty much had free rein at Marvel, and he definitely had free rein at DC. He has said numerous times that DC gave him an open offer to direct any character he wanted, including Superman.)

Unless I’m completely misinterpreting this announcement, this deal has nothing to do with Gunn directing any future movies

Ah, gotcha. And even though I wasn’t really worried about Gunn going too far into the crazy, having him just be the guiding force makes sense. And should lighten up the DCEU bigtime.

Also, I believe he pretty much had free rein at Marvel,

He had as much free reign at Marvel as any other Marvel director. Which is to say, he didn’t have free reign.

… Though mind you, that isn’t automatically a bad thing. I have a theory that the strict oversight Marvel gives all its movies (and that so many fans complain of) may have actually helped the GotG movies by making Gunn iterate, polish his protagonist into less of an outright dick, and spend more time on the ensemble as a whole. The particular things Gunn could stand to improve were the particular things the Marvel movie-by-committee process stresses.

But, it’s just a theory. We need more non-Marvel Gunn superhero stuff to fully judge. (Though I would say The Suicide Squad tends to support it - in my eyes, anyways, it was less engaging than either GotG.)

This all sounds pretty reasonable to me, I agree.

He had as much free reign at Marvel as any other Marvel director. Which is to say, he didn’t have free reign.

I don’t believe this is true: He rewrote the original Guardians of the Galaxy script, completely wrote 2 and 3, did his own storyboards, and directed 1 and 2 the way he wanted to. I’ve listened to his commentary tracks and read interviews, and I think he pretty much got to do what he wanted. I don’t know any examples where he said that Marvel gave him directions he disagreed with or told him he couldn’t do something that he wanted to do.