Joe Biden has a plan for...

The Biden-Harris plan to beat COVID-19

I like to imagine Jared looking at this website and furiously scribbling down notes like a kid cheating in class. “Oh man, that’s a good idea.”

I mean like, if he cared even a little.

I mean like, if he cared even a little.

I think that’s been there for several months. I’m not sure what is new yet. What he did say yesterday is he’s forming a covid-19 scientific forum on Monday with coming up with a plan that can be implemented starting Jan 20th.

Mitt Romney has been asked to lead Health and Human Services in Biden...

Sources are telling The Chronicle that Senator Mitt Romney has been asked by the presumptive President-elect Joe Biden to lead the Department of Health and Human Services. He is currently discussin…

That… doesn’t seem tactically wise? You need to flip one or two GOP senators regularly, and is it more likely to get a Biden hating Trumpist to replace Romney, and locking that seat away? Mike Lee seems much more a Trumpist and talk radio type.

So is this plotted out to be the thread that gets bumped every time Biden has a plan for anything? Or is Clay just insinuating that Biden is a Cylon?

I figured it could be a catch all for pre-inauguration plans and various related issues. Maybe we are all Cylons.

Yeah, that’s a terrible idea for that exact reason. Romney’s the most likely GOP senator to vote with Democrats on key issues. It might be too early to freak out about it, though the article makes it sound like a done deal. If true, this does not inspire a great deal of confidence moving forward.

Romney’s the most likely GOP senator to vote with Democrats on key issues.

The environment is a key issue, and Mitt Romney is very far from the science as is most of his colleagues. Susan Collins has a much stronger record on voting for environmental bills, perhaps with some pork barrelling she could be convinced to support Biden on something. Beyond that, there is few senators to negotiate with (even getting Manchin to support something will be difficult) even assuming Mitch is lax on party discipline the next 2 years.

I really hope Perdue will lose as he is horrifically anti-environment.

Did the Trump administration ever publish such anything like this? I only remember the pressers whereby I finally realized what a sod DJT was.

Mitch would not let Collins take that job and risk losing a seat.

She’d not get confirmation.

Mitch would not let Collins take that job and risk losing a seat.

She’d not get confirmation.

Sorry what I meant was don’t worry about losing Mitt’s vote in the senate because he won’t vote for any of the major reforms that are needed, case in point is the environment where he is pretty much as bad as the rest of the sixth extinction crew. Susan Collins is probably the only GOP senator that might vote on significant environmental legislation.

I don’t mean to downplay your environmental concerns, but there are other issues to consider. If the Democratic candidates do not win both Georgia senate elections, the Democrats need as many swing votes as possible. Swing votes are needed for things as simple as confirmations, not to mention passing budgets. Romney is potentially one of those swing votes and his replacement, judging by what constitutes the average Republican, would most likely not be. Romney presents the possibility of a compromise, 95% of the GOP does not.

I’m expecting two years of endless obstruction. At least with Romney in the Senate, there are better odds of getting something done, even if that something is not ideal (which it won’t be, but it’s still better than nothing).

I’m expecting two years of endless obstruction. At least with Romney in the Senate, there are better odds of getting something done, even if that something is not ideal (which it won’t be, but it’s still better than nothing).

I agree, I was being too flippant in my last post when I said “don’t worry”. I just can’t resist reminding people how horrible Romney is whenever someone portrays him as the “most likely to vote with Democrats on key issues”. Yes, he voted for impeachment, he has a strong conscience and clear principles which is something to be respected. That doesn’t change the fact that many of his principles are horrible and will ruin the planet.

What the Dems need now are GOP senators that agree with them on actual issues, not conscience votes on how terrible Trump is, and there are better ones than Romney for that.

I’d rather lose those votes, and use the rage to pick up the Senate in 2022.

I’d gamble that we can get courtpacking instead of sticking a Merrick Garland on the bench for 30 years.

Mia Love is about as good a replacement as you can ask for Republican senator from Utah. Zero love lost between her and Trumpisters.

The Biden-Harris transition has announced its Covid-19 Advisory Board: https://t.co/FKCHeNics3 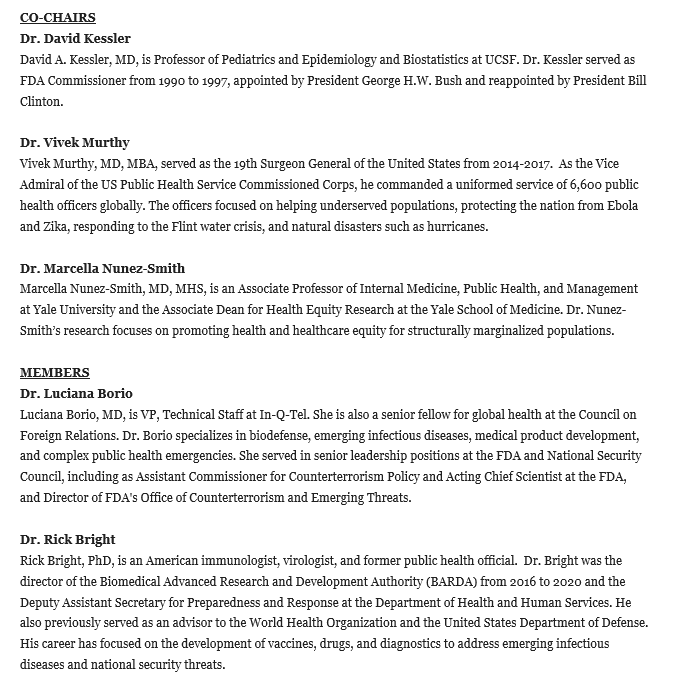 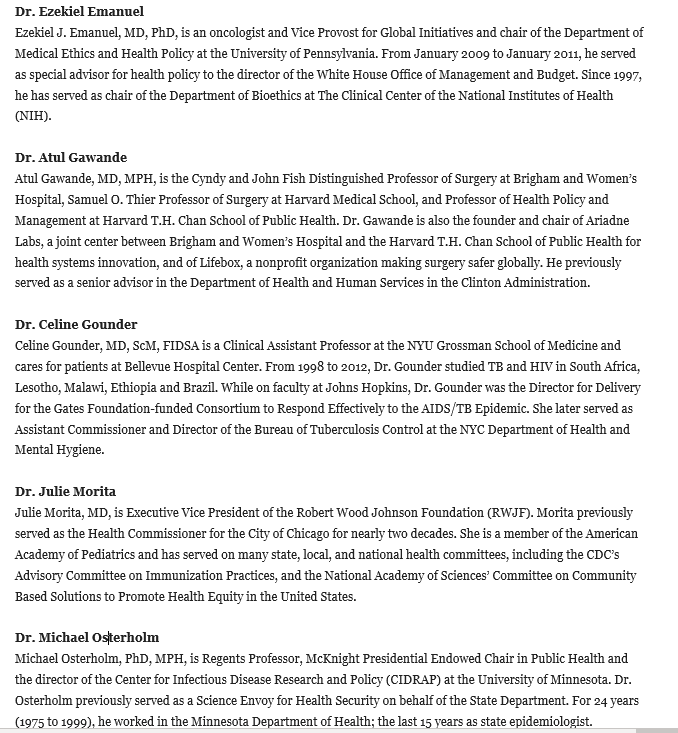 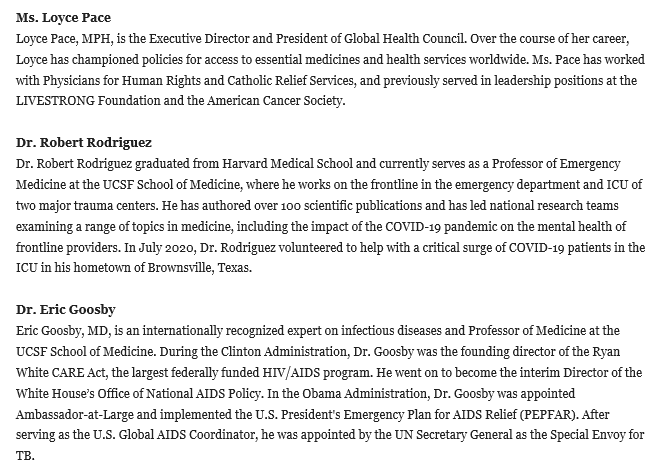 Ah yes, the Republican Daddy appointment. I’m not sure if it’s a terrible idea or merely a bad one. Strange how Republicans never appoint Democrats to Cabinet positions.

This isn’t really true, except for the current douchebag. You only have to go back to Bush, where he appointed a Democrat to secretary of the Transportation.

United States presidents typically fill their Cabinets and other appointive positions with people from their own political party. The first Cabinet formed by the first president, George Washington, included some of Washington's political opponents, but later presidents adopted the practice of filling their Cabinets with members of the president's party. Appointments across party lines are uncommon. Presidents may appoint members of a different party to high-level positions in order to reduce par...