I think they’re going for this 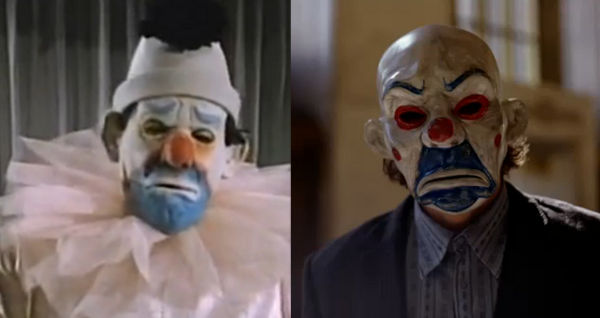 Geez you guys are tough critics, I think it looks fine, moreover does it really matter? It’s clown makeup. I really like how Ledger’s makeup was simple and very rough, but what made The Dark Knight a great movie was the acting, the script, the direction, the set pieces, etc…

Still have high hopes for this one!

I know what you mean, Ledger’s Joker was the best fantastical acting performance I have ever seen. Joaquin Phoenix is probably my favorite living actor right now, and I am sure he will do a good job but how could he possibly be better than Ledger? How could the writing/direction team in this one (I forget their names or their filmography) compete with Chris Nolan at his peak? I have high hopes here but the rational part of my brain is telling me there’s no way this can compare with the dark knight.

I’m up for a Joaquin Phoenix blockbuster. He’s one of the best actors around, and I’m looking forward to seeing his take on the Joker. The only things that give me pause are Todd Phillips directing (The Hangover and War Dogs guy - he’s not much of a stylist, right?) and the dreadful state of Warner Bros’ recent superhero films, which are pretty big reservations, but not enough to stop me from wanting to check out Joaquin’s performance.

I suppose if you’re terrified of clowns it might be haunting or something, but he just looks like a pudgy guy in generic clown makeup.

I suppose if you’re terrified of clowns it might be haunting or something, but he just looks like a pudgy guy in generic clown makeup.

Everything you just said could’ve been said about the very first official shots from The Dark Knight of the guys in the clown masks from the opening robbery.

I’ve got zero faith in WB/DC to execute on even a great idea with any competence, but I’m shocked so many people are just immediately dismissing the entire idea as if a Joker movie could never work, or Joaquin Phoenix could never do it, or clown makeup isn’t scary, or whatever.

There’s plenty of skepticism you could level at this, but I just scratch my head at anyone who’s ready to write it off because of how Joaquin Phoenix looks in clown paint for a second.

From what we have seen so far - I don’t really get the “tone” they are going for. Like someone said above - it looks more dopey or silly than menacing.

I think Phoenix should go classic by growing a mustache and refusing to shave it off. 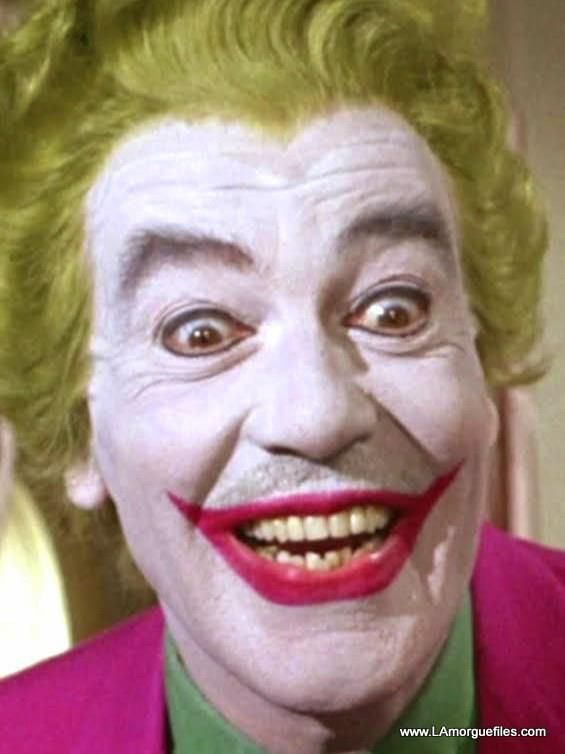 Is Phoenix going to have a drug overdose after the movie is finished?

Don’t understand the negative reactions - Joaquin Phoenix is one of our very best actors; I’m all for him doing whatever the hell he wants in the context of a character - I’m a believer that what comes out and is displayed onscreen will be worthwhile.

Actually, it’s amazing how well the character of the Joker has been adapted - despite all being quite different in various ways, I’ve really liked every one of these interpretations:

All those characters are really varied portrayals. I probably like Hamill best as it meets my expectations from the comic best, but Ledger is just so amazing in that role.

Considering how many poor portrayals there have been of other DC characters, the Joker has gotten AAA treatment from the outset.

One could hope his brother’s death would have scared him off drugs for life.

Regarding the movie, then I guess someone (Todd Philips) who can make a decent documentary about GG Allin would have had plenty of insight into the darkness of the human psyche to be able to give room for interpretation of the Joker’s quirks on film. Ultimately I don’t think you can direct an actor to have a crazy look in their eye if it doesn’t come naturally but Joaquin seems promising (at least based on Gladiator). Maybe one day Nicolas Cage will get his turn in yet another Joker movie even if he is getting a little old.

The most intensely challenging, daunting role that any actor can play is that of the clown who fights Batman.
sillhouette September 23, 2018, 3:10am #54

Thank you for submitting your concept for The Pastamaniac, but our studies show that Aquaman will rinse the starch out of him.

Joaquin Phoenix seems weird enough to me to pull off a great Joker. We’ll see.

Joaquin Phoenix seems weird enough to me to pull off a great Joker. We’ll see.

I have no doubt of that either. I am merely commenting on this particular clip, which I thought was terrible.

It’s not an accident that he looks like Andy Kaufman in the early parts of the clip.

It’s amazing to me how much work they do in post-production/special effects on movies.

I mean that footage just looks so cheesy, and yet you know when you see it in a movie it will look completely different. I’m aware that the sound makes a huge difference as well. It’s really kind of cool to see raw footage like that.

Still hard to know what to make of this.