Jordan Peterson's in a coma in Russia 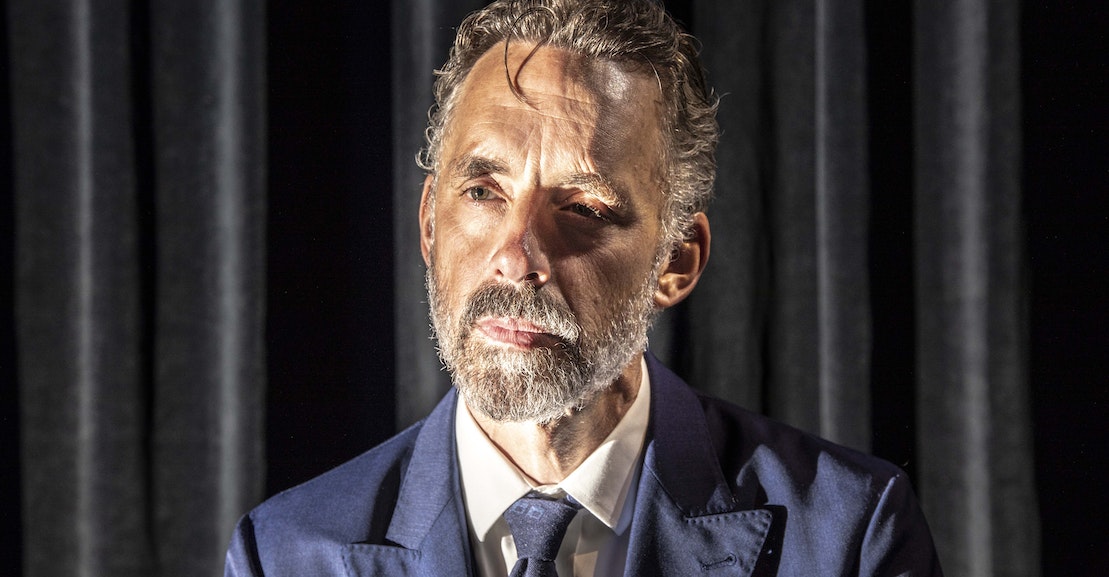 What Happened to Jordan Peterson?

A philosopher, a medical crisis, and a mystery

Holy fuck what a travesty. I can’t stand the guy, and he’s kind of a victim of his own philosophy, but that’s just shit and I hope he recovers. His daughter sounds like even more of a nutcase than he is.

I’m sure being Jordan Peterson’s daughter does a number on a person all by itself.

Too much Brain Force Plus.

Just need this to happen to Trump and his brain trust and Rush Limbaugh.

Man some of you people are pretty hateful. You may not like the guy but it’s a sad thing to happen to a person. I can certainly understand the distaste for his influence, fanbase, and personality but he is not Rush Limbaugh levels of disgusting human being. He’s nothing worse than a self important blowhard who has strong and unfashionable opinions of society.

who has strong and unfashionable opinions of society.

Peterson doubts the scientific consensus on climate change,[132][133] saying he is “very skeptical of the models that are used to predict climate change,”[134] and that “[y]ou can’t trust the data because too much ideology is involved”.[133][135]

Peterson has argued that there is an ongoing “crisis of masculinity” and “backlash against masculinity” in which the “masculine spirit is under assault”.[25][124][125][126] Peterson has argued that the left characterises the existing societal hierarchy as an “oppressive patriarchy” but “don’t want to admit that the current hierarchy might be predicated on competence.”[25] Peterson has said that men without partners are likely to become violent, and has noted that male violence is reduced in societies wherein monogamy is a social norm.[25][124] He has attributed the rise of Donald Trump and far-right European politicians to what he says is a negative reaction to a push to “feminize” men, saying “If men are pushed too hard to feminize they will become more and more interested in harsh, fascist political ideology.”[127] He attracted considerable attention over a 2018 Channel 4 interview where he clashed with interviewer Cathy Newman on the topic of the gender pay gap.[128][129] Peterson disputed the contention that the disparity was solely due to sexual discrimination.[129][130][131]

Peterson says that “disciplines like women’s studies should be defunded” and advises freshman students to avoid subjects like sociology, anthropology, English literature, ethnic studies, and racial studies, as well as other fields of study he believes are corrupted by the neo-Marxist ideology.[88][89][90] He says that these fields, under the pretense of academic inquiry, propagate cult-like behaviour,[89] and safe-spaces.[88] Peterson had proposed a website using artificial intelligence to identify ideologization in specific courses but in November 2017 postponed the project as “it might add excessively to current polarization”.[91][92]

Perhaps we’ll be able to do some graveshitting with Armando soon.

Correction: the coma was a time-limited special offer and he’s out of it now.

I agree with this.

His book helped me get therapy and really turned my life around.

Hope he gets totally better soon.

I endorse this assessment.

Man some of you people are pretty hateful. You may not like the guy but it’s a sad thing to happen to a person.

Man some of you people are pretty hateful.

Well, I didn’t think this was evident in the thread when you said it, but now it is.

Jordan Petersen is a symptom of a lot of really unfortunate trends in society–or rather, his outsized level of influence is. He’s an uncharismatic and insignificant fringe figure who just happens to have a message some people want to hear and that’s why he’s suddenly not fringe. He’s not nearly as brilliant as anyone thinks he is, and maybe this medical disaster is evidence of that. He’s also not as malign as people say he is (“oh no! He’s attacking women’s studies!!”). Either way, I don’t know why we would wish the kind of apparent agony he’s going through on anyone.

We should maybe wish a figure like Petersen would fade from the intellectual stage. We shouldn’t wish for his torture and death.

Look, I haven’t a tear to spare for this asshole any more than I’m just so fucking broken up about what Nancy Reagan has had to go through as ol’ Ronnie at long last circled the drain.

Fuck 'em. The misery of people who make it their life’s work to make the world a shittier place is not on my list of things to give a shit about.

He’s a figurehead for a cult of some of the worst of the alt right. He has knowingly made his fortune off their revenues and adapted his brand to fit exactly what they want to hear. His brand of ideology has been the foundations of some of the worst people on the alt right and far right today and its only use has been an assault on progressive values, diversity and inclusion. He is a professional hatemonger.

Keep shitting in those nappies Peterson, know that I don’t give a flying monkeys fuck for you.

Just for the record, my small participation in this thread should not be taken as wishing pain or death on Peterson. I’ve read part of his book and I’ve watched a couple of lectures on Youtube. I think his practical philosophy is often misguided but might help some small portion of his audience…mostly it seems pretty harmless.

My real objection to him is the pseudo-scientific cult that he seems to cultivate, and the sexist moralizing and his deifying of cultural traditions that should be dead and buried that seems to be a disgusting by-product of his philosophy. That part can go fuck itself and die.

I’ve listened to a few of Peterson’s lectures. He seems like a smart cookie to me and lot of what he says rings true. Regardless of what you think of his ideas/theories these types of intellectuals are beneficial to society even if you disagree with them. On top of that I don’t wish ill of anyone.

That is his skill, yes.

Isn’t it amazing that this renowned genius somehow managed to concoct and promote a philosophy that allowed him to punch down? Rather than, you know, up? Strange coincidence, that.

Isn’t it amazing that this renowned genius somehow managed to concoct and promote a philosophy that allowed him to punch down?

Not necessarily disagreeing, but I’m curious who you see him punching down at.