So it doesn’t look like we have a thread on this. Coming out in September unless we can get PBS shut down before that. THE VIETNAM WAR is a ten-part, 18-hour documentary film seriesdirected by Ken Burns and Lynn Novick that will air on PBS inSeptember 2017.In an immersive 360-degree narrative, Burns and Novick tell the epicstory of the Vietnam War as it has never...

I have to say I was very skeptical about this because I assumed it would essentially be co-produced by Hanoi Public Radio. But I got the chance to see a 56-minute preview at an event at the Arlene Schnitzer Concert Hall here in Portland with a discussion with Ken Burns, Lynn Novick, and Gen. Merrill McPeak, who was Chief of Staff of the Air Force and a fighter pilot during the war (and who has what seems like much of an episode devoted to him). And is an Oregonian. And I’ve gotta say, the footage they have dug up looks spectacular. Of course, everything is in the editing. But the way they cut the clips seemed like this won’t be as skewed as Karnow, maybe because time has provided perspective.

Anyway, this ended up sounding like a P&R post, which is unfortunate but I don’t want to re-write it. Bottom line: very excited to see what Ken has done.

Incidentally, a Michigan photographer who served in Vietnam and now lives in Oregon has some of his photos in the documentary, which were rediscovered after 44 years. You should check them out. They are spectacular.

About 2,000 Vietnam War images taken by former Army photographer Charlie Haughey, which were kept in storage for 44 years, are being brought back to life. View a slideshow of some of these photos.

I’m all in. I’ve been pretty jazzed to see this since it was announced.

Yes, I know historians have their accuracy issues with Ken Burns, and he can get pretty schmaltzy at times, but no one is producing the kind of documentaries he does with that level of shine.

Plus, it’s given us great parodies like the Community pillow fort episode.

pffft wgaf about a 60’s war

He showed a few great clips of LBJ, Nixon, and Spiro Agnew. Men’s men telling it like it is. Man, I miss the 70s. The world is just getting worse and worse until it gets to zero. Stupid internet.

I will watch this, but I have come to see Ken Burn’s documentaries as being overly long and, as said above, overly schmalzty. I am not sure how he will apply those to the Vietnam War but I think I can imagine a few ways.

And I don’t approach his work from a political way, I really enjoy 95% of what he does. He just finds ways of expanding the subject matter so to speak.

I also dig his music choices accompanying the still photos that his camera pans and zooms across. While his The War was a little lackluster and scattered as a documentary, it had an excellent soundtrack.

For this 'Nam thing, he could have licensed some Buffalo Springfield and called it a day, and I’m sure there will be some great oldies songs in the final cut, but Burns also drafted Reznor and Ross. Can’t wait. 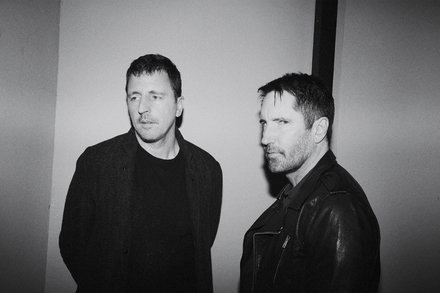 The musicians are providing the music for the 10-part, 18-hour documentary that will begin in September on PBS.

Such a missed musical opportunity

Holy crap. I cant wait for this. Ken Burns is really not my cup of tea usually but this looks great , ok.

Hmm the trailer turned me right back off. Bleh I am a card carrying ivory tower liberal and yet even I get turned off by the sanctinomious tripe Burns & Novik spout even in the trailer. Hopefully its left to the actual eye witnesses to talk rather than their narrative.

Those pictures though Bruce. They are exceptional.

I enjoyed it’s scattered nature. Usually WW2 documentaries and movies are very focused one aspect or another. With Burn’s documentaries, I find each individual episode is actually fairly focused on a certain aspect, but when viewed as a whole, it comes across as scattered. But each episode of The War was like a mini-movie focused on one aspect of the war. My favorite episode was the one where they showed the changes to American Society as the country was transformed to a war footing. By following individual stories of people, he was able to show just how much the country was suddenly changed.

My favorite episode was the one where they showed the changes to American Society as the country was transformed to a war footing. By following individual stories of people, he was able to show just how much the country was suddenly changed.

OK, I can see that. Did you ever read Alistair Cooke’s American Home Front, 1941-1942? If you hadn’t, Cooke was one of my favorite proto-bloggers. For decades he did a 10-20 minute bit about America, which was where he lived, for BBC Radio. During WWII, someone with the Beeb thought it would be a good idea for him to drive around the US and see how people were handling, like you said, the transformation to a war footing. ROAD TRIP! Cooke did just that, driving the length and breadth of the land, talking to people from all walks of life. At one point he had written enough material to write a book, but he lost the manuscript somewhere. Oh well, at least he was able to pepper references to his trip in the decades to come. After he passed away, they were cleaning out his New York City apartment and found the entire manuscript in the back of a closet! So they brought the book to life after all, in a posthumous existence that was much nicer than what happened to his actual remains.

Bringing it back to the subject of this thread, the War on Vietnam, I liked the Letter From America that he did on the war’s end, where after tallying the enormous cost to all sides, and the blame for failure doled out by all sides, he ended it with:

And through this bedlam of charge and counter-charge, a still small voice rises, from people who were once dogmatic, and from people who are merely puzzled: what if, after all, the domino theory is correct?

If you’re interested in a preview, this month’s Vanity Fair has a write-up on it.

*By this month. I mean August 2017. The one with a naked Serena Williams on the cover.

Starts tonight! Unless you have already purchased the DVD.

It can also be viewed from the PBS website. It may be available on the PBS app too.

Thanks for the reminder.

That was really intense. The flash forwards to 1966-69 were really effective, I thought. And people thought Lindelof’s Lost wouldn’t add significantly to pop culture.

That was very interesting. I was unaware of most of the history of Vietnam during the Second World War and then through the 50s. I definitely found myself rooting for Ho Chi Min and the people looking to get out of the oppressive rule of the French, at least during the 40s. In the 50s, the situation got a lot more murky.

I thought they were gong to release one episode per night but you can stream everything right now.

Thanks for the link. I kept poking around their website and couldn’t find it.

I was pretty shocked at how good it was. They actually talked to Vietnamese people from both sides. I think it was a bit naive about the global situation and how much the Viet Minh depended on Soviet & Chinese aid, but at least they’re making an attempt at being impartial.

I too didn’t realize that for example the Chinese moved 300,000 troops to defend Hanoi. I’m in episode three and it’s great so far.

Yeah, it was nice how much detail they went into about pre-1961 Vietnam, although I thought that they could have done a better job with some of the context, specifically that the French colonial re-establishment was supported by the British, who wanted to protect their own colonial position (and which was very important in their dealings with Dewey, which otherwise sounded somewhat arbitrary). As well as the fact that the US never signed the Geneva Accords in 1954 and thus was technically not a party to the election agreement, which is relevant to the immediate post-Geneva solution, which the US was planning for the long term, not two years.

These are not quite nitpicks, but probably not enough to change the overall effect. I thought it was a good synopsis for what it was, which was weighted toward the American perspective. I completely agree with @Miguk’s comment that it was a bit naïve about the postwar situation. I am glad they mentioned the purges and executions on the Communist side. I don’t think it is a spoiler to say they will return to the Communist reaction in depth.

Btw the guy they interview at the beginning, Bảo Ninh, wrote the outstanding novel, The Sorrow of War. If you’re interested in the war, you should read it. It isn’t too long, either. I think he will be interviewed throughout the series, if what I saw in the preview I saw is indicative.

Anyway, I’m pretty pleased with the first episode. I’m going to watch it daily as long as I can. I’ve already purchased the Blu-ray but it hasn’t arrived yet.