Basically, the bad guys of Nobilis, the Excrucians, the folks trying to extinguish creation? Well, in Glitch you’re one of those guys. Except, you know, you retired. And now you need to keep busy. And also creation still kind of hates you, go figure.

If you don’t know Nobilis, you can also get digital copies of the classic, wildly out of print, second edition thereof (as neat as the third edition is, it has a very different feel - apparently Jenna’s intent with Glitch is to harken back to second edition’s feel but with updated design) and if the Kickstarter does well enough possibly there will even be a new printing, albeit with a more conventional size (the original printing was 11x11, which was cool but also a bit awkward and more expensive to do).

the original printing was 11x11

I have one of those. Quite unusual.

Holy Shit. I love Nobilis so much. Sadly, never got to plant it, though I have 2 copies of the GWB (and lost my copy of the original lightning print version somewhere in the last 20 years). Definitely following that one, thanks for the heads-up!

Regarding the size of the 2nd printing, my roommate of the time accused me of buying a messenger bag specifically big enough to hold it. He probably wasn’t wrong. I still have that bag (a replica 1930s postal bag handmade by a dude down at the Pike Place Market).

2 hours left for Unsettled. If you are curious about the next game from the people who brought us Vindication, now is the time: 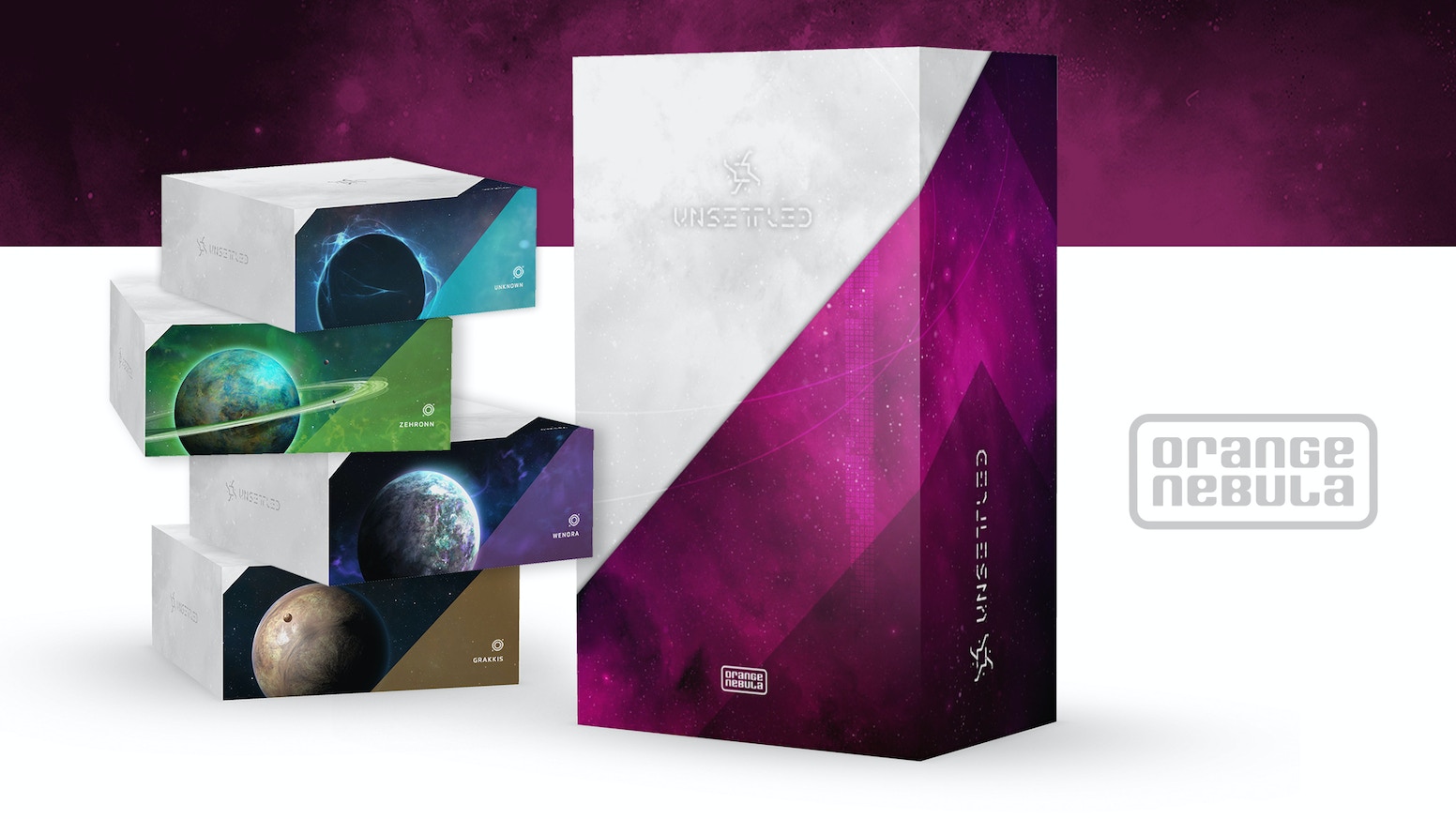 I know @Nesrie and your group also love Vindication. So tagging you just in case you missed these posts and want to check it out.

The KS has broken the 1M barrier, Which is a first for Orange Nebula.

I went buy this the first day they sent out information on it and realized even though Vindication is a five player game and is long with five but plays fine otherwise… they capped this one at 4. That makes it pretty much useless for our group, sadly.

After reading through her pitch, I think I’ve decided to back Glitch instead of Unsettled. I have to go in for the Material Fulfillment tier, and that means no money for the boardgame. I’m sure I’ll be able to buy the latter later, anyway.

As much as I’ve been trying to downsize my physical RPG collection (mostly by digial-izing it), I want a physical copy of this, and I doubt I’d be able to get one after. Also wrapped up in that, while she’s passed her goal already, backing this really feels like helping someone actually get their dreams made, and that every dollar counts- this is obviously a labor of love for her.

SKALD: Against the Black Priory

A dark fantasy RPG, featuring modern design combined with a classic 8-bit look and feel! For Windows and Mac. 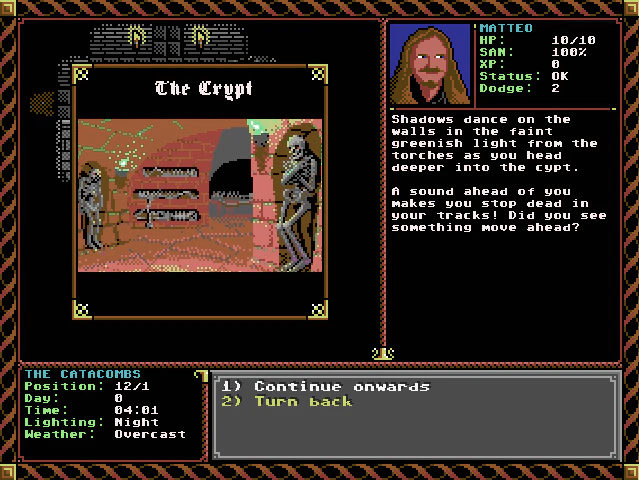 I love the look, and wanted to back it. Well, after the kickstarter, the dev is now running ANOTHER campaign, on Indigogo? Isn¨t that slightly…excessive?

But is it the hot mess that is Unknown Realm?

New game by the designer and publishers of *Root just hit kickstarter. Oath: Chronicles of Empire and Exile sounds pretty cool. It’s not a Legacy game, per se. Rather, each game informs each following game, chronicling the trials and tribulations of a kingdom across generations, but in a way that you can reset at any time to its original position. Sounds swell. 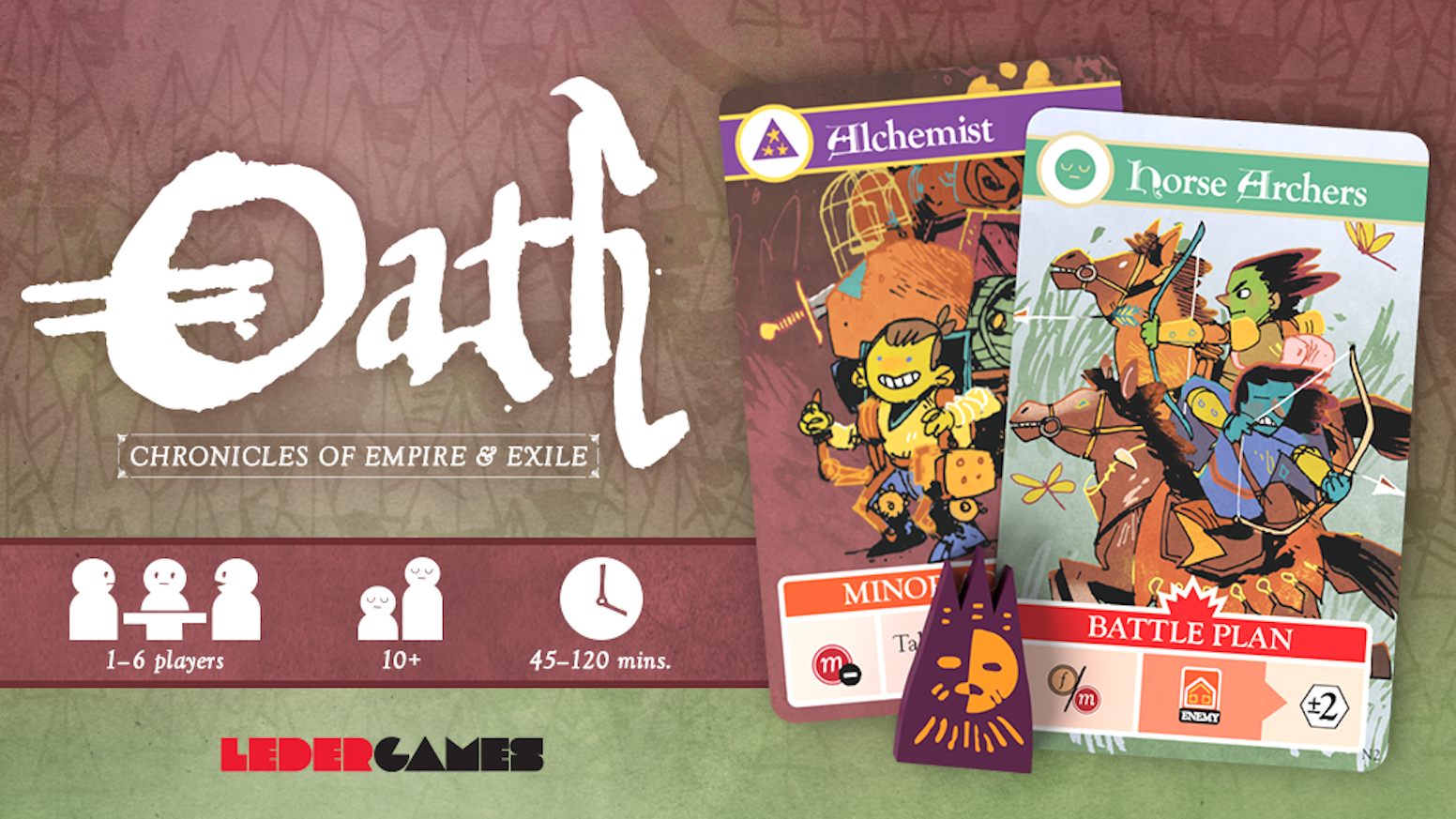 Oath: Chronicles of Empire and Exile

Designed by Cole Wehrle, an innovative strategy game for 1 - 6 players about remembering the history that would've been forgotten.

This looks like fun, I haven’t played the original and looks like it’s gone out of print. Anyone familiar with Lift Off!?

Lift Off! Get me Off This Planet! - Expanded Deluxe Edition

This is the Expanded Deluxe Edition of Lift Off! Get me off this Planet! (Full Version & Upgrade Kit!)

That does look fun.

Just to be clear - this “liftoff” has no relation to the original Lifoff, which was the basis for Buzz Aldrins Race Into Space.

It also has no relation to the other Lift Off board game that came out recently. 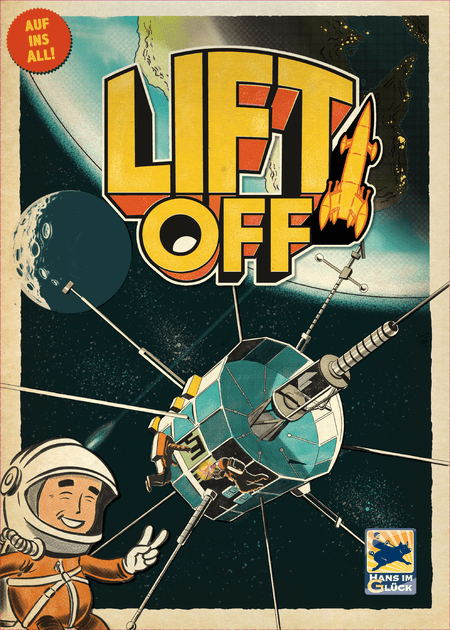 1950/1960: The race into space is in full swing! We're making great progress on the techniques for supplying astronauts and space-ready machines, for optimizing launch conditions, and of course for designing the much-needed rockets. All this to...

Well, that’s confusing. I assumed it was the Deluxe edition of that game.

I’m also puzzled by the stretch goals. This paragraph is quite confusing:

Ok, here’s the deal. The original Lift Off! had amazing stretch goals. We unlocked them and for all this to work, I had to maintain / include all those original goals. Now, in addition, we have all the Expanded Deluxe components for THE SAME KICKSTARTER price as the original edition ($10 less than the original sold at retail!). You can see them all below, but we won’t have extra Stretch Goals this round.

If the deluxe components aren’t stretch goals, don’t talk about them in the section on stretch goals, just say there aren’t any. And those aren’t all the new components, which makes it that much more confusing.

I guess the actual name of the game is “Lift Off! Get Me Off This Planet!” though my initial post didn’t reflect that.

I do, but they made it coop.

Which is much preferable, IMO. (But they’re working on a competitive mode too.)

I feel like $155 for all the gameplay-relevant content is a bit of an ask for a revamped 80s nostalgia piece, though.