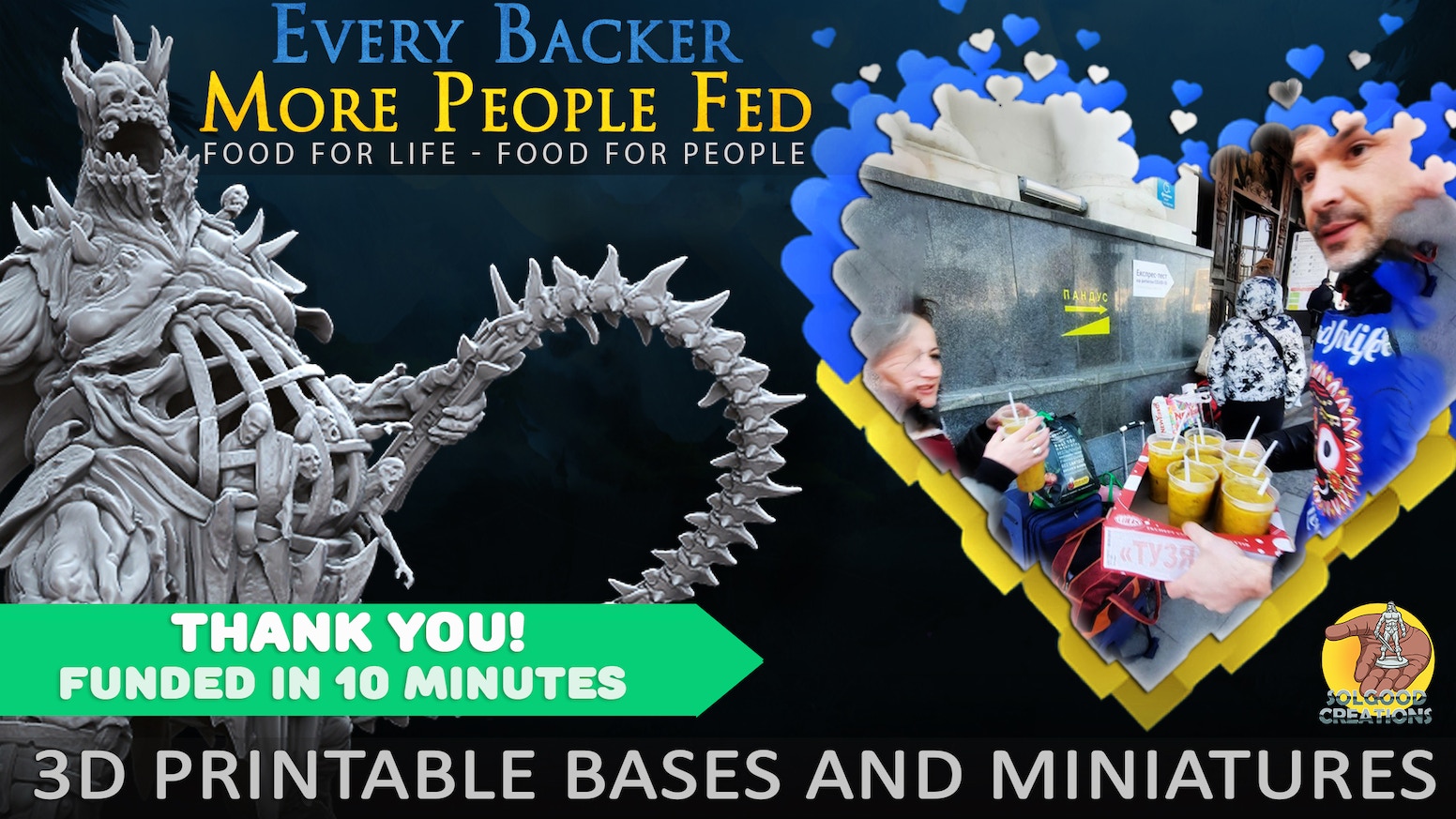 Amazing printable files and other content for your games or hobbies (Pre-supported STL Files).

Not sure if this is the spot to post this. But 1000 pre supported miniature stl’s and terrain, and bases ect. For a $50 donation to support feeding people in ukraine.

Good cause, and great deal. 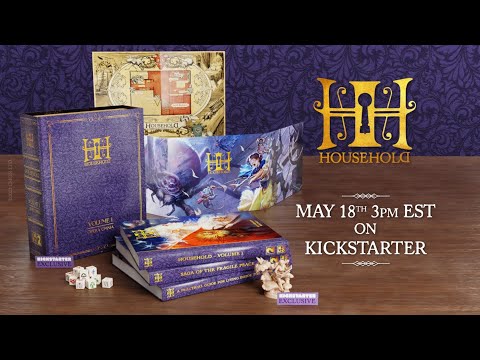 The world's smallest RPG, from the ENNIE Awards winning authors of Broken Compass.

The theme and setting appeal to me. Also, Broken Compass is easy to teach and really fun to play. But I think the price of the physical rewards added to CMON shipping uncertainties will keep me away from this one. I’m tempted though.

Man, I have to back this just for the art alone…

2LM produces beautiful art in their books. Up there with the big publishers, IMO. Their physical products are really high quality.

If the setting appeals, I can definitely recommend their art and system.

Looks like the campaign for Arcs, the new game from the team that did Root and Oath, is live today. I’m definitely going in on this one because I’m a sucker for a good spacefaring campaign. And while it seems like I’m one of the more ‘minis-friendly’ folks around here, I actually think the little wooden pieces look a little cooler, or maybe just a little cuter, than the plastic minis, so I don’t think I’ll be doing the all-in level. Anyone else interested? 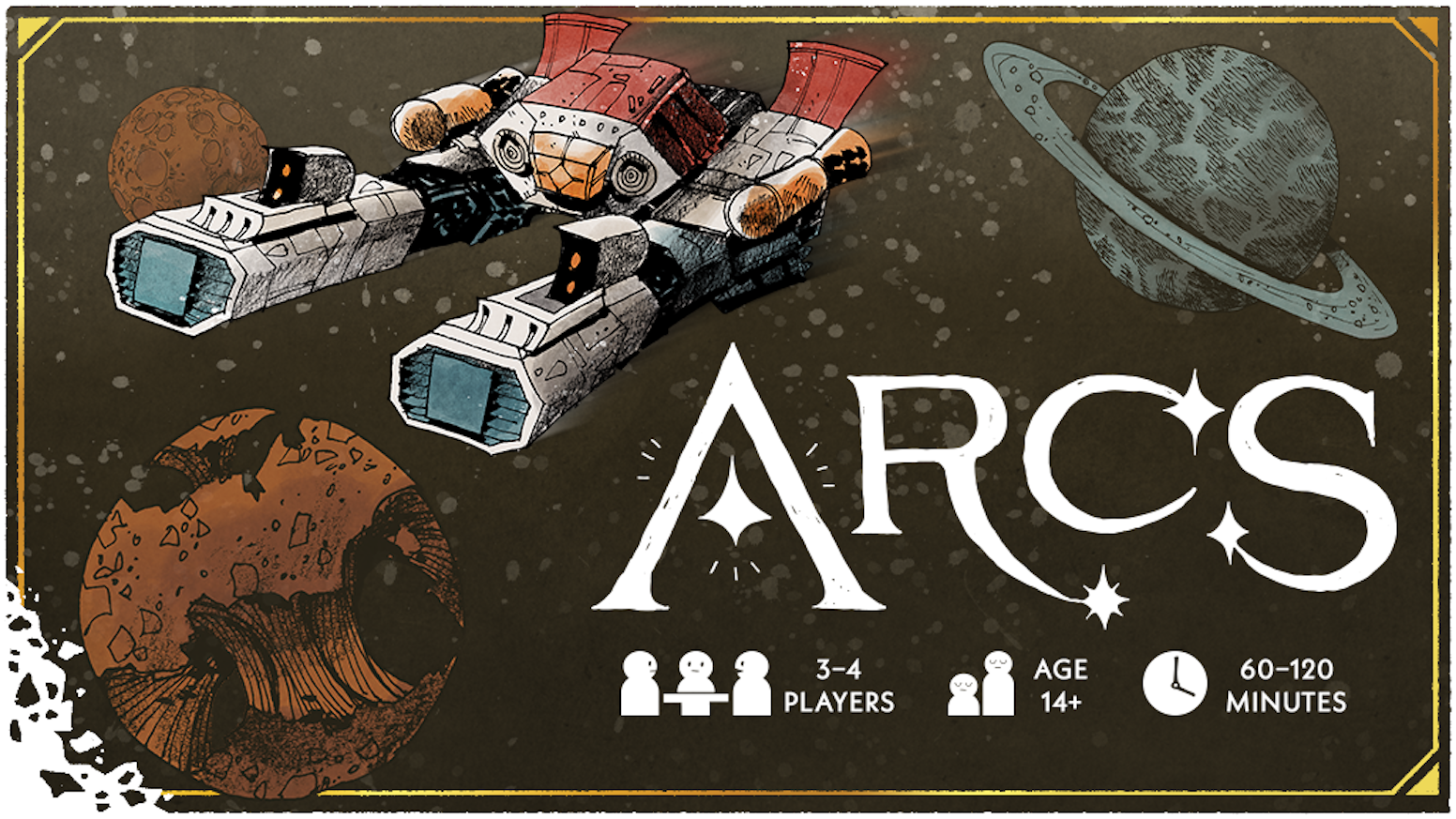 A fast-playing and tense science fiction game with an innovative campaign.

My buddy who is a big Wehrle fan is pledging it, so I don’t have to! Not even scheduled to be delivered until December 2023 though, so… don’t hold your breath.

Well maybe by then all these shipping problems will be sorted out! Gotta be positive.

a yeah, I just noticed the 12/2023 tag on there and damn. I guess I also just pledged for the new Sleeping Gods, and that’s not until at least August of next year. But this game does look very, very good. I’m probably in for the game/campaign expansion, but not the minis.

I did Sleeping Gods too! I’ve got kind of a pipeline going: ISS Vanguard in August (hopefully), 7th Citadel maybe January-ish, and then Sleeping Gods next August. Then Arcs next December, if I get a chance to get together with my buddy to play it :)

Oh yeah, I’m on pins and needles for that one.

I still have three campaigns of Tainted Grail and the rest of Etherfields (which should have arrived by then) in the queue. Man. Heck, we’re still working on the main Etherfields campaign. Hopefully more tomorrow.

I kind of stopped Kickstarting for a while, except for some weird little TTRPG things. Other than SG, I’ve got the next Hexplore It, the second half of Etherfields content, and the Vampire: The Masquerade ‘Chapters’ game coming, supposedly over the summer.

V:TM is already super late, but I expect it to slip even further- that one is a clusterfuck. Etherfields is very late, too, but the latest delay is just due to the Shanghai lock down. I actually expect it to be here sometime soon.

I think HI4: Mirza Noctis is relatively on-time. There was some drama around that one last month, regarding the campaign book for HI1, but that seems to be resolved now.

I was interested in Stellaris, and a few others, but ultimately just wasn’t sold.

I’d pledge the hell out of Arcs but I still haven’t managed to get people together to play Root or Oath (hoping to do that this summer). And I’m still waiting for my Kickstarter copy of Glorantha: The Gods War.

I love everything I’ve read about Arcs; the campaign structure, the combat system, and the action system all seem really cool.

And I’m still waiting for my Kickstarter copy of Glorantha: The Gods War.

Oh hey, another member of this special club. I’m hoping it arrives in time for me to be buried with it.

There is an interesting thread on Reddit where Cole Wehrle discuses Space Biff’s preview of the game.

After having a good time with Maquis, a solo workerplacement game, I remembered this game with a similar theme, this time the Spanish Maquis 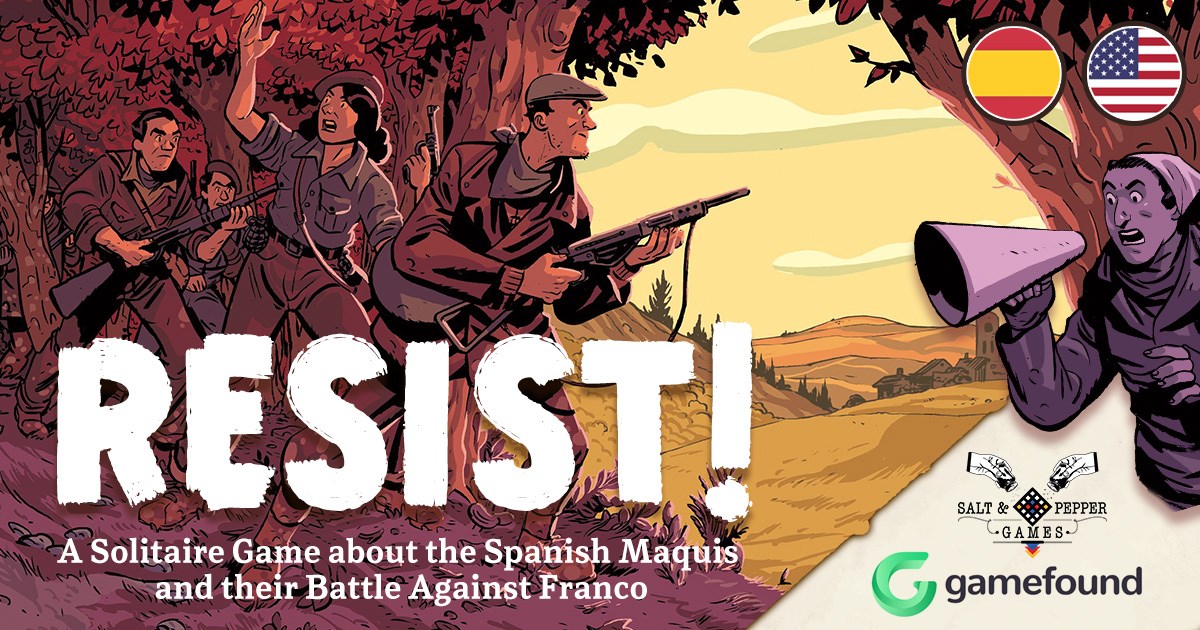 Resist! is a fast-playing, card-driven solitaire game. In Resist! You take on the role of the Spanish Maquis, fighting against the Francoist regime. Over a series of rounds, you will undertake increasingly difficult missions. Defeating missions gains...

I’ve been able to play a prototype copy of the game and have enjoyed it a lot, much more than I anticipated to be honest. Happy to answer questions.

I realize this is an older game and may not even be news, but I just discovered that Xia: Legends of a Drift System and its expansions are available to buy as add-ons for Far Off Games’s current project, Arydia: The Paths We Dare Tread. I’ve been looking to pick up Xia and it’s been quite difficult to find and when it does turn up it’s usually very expensive so, figured I’d share. 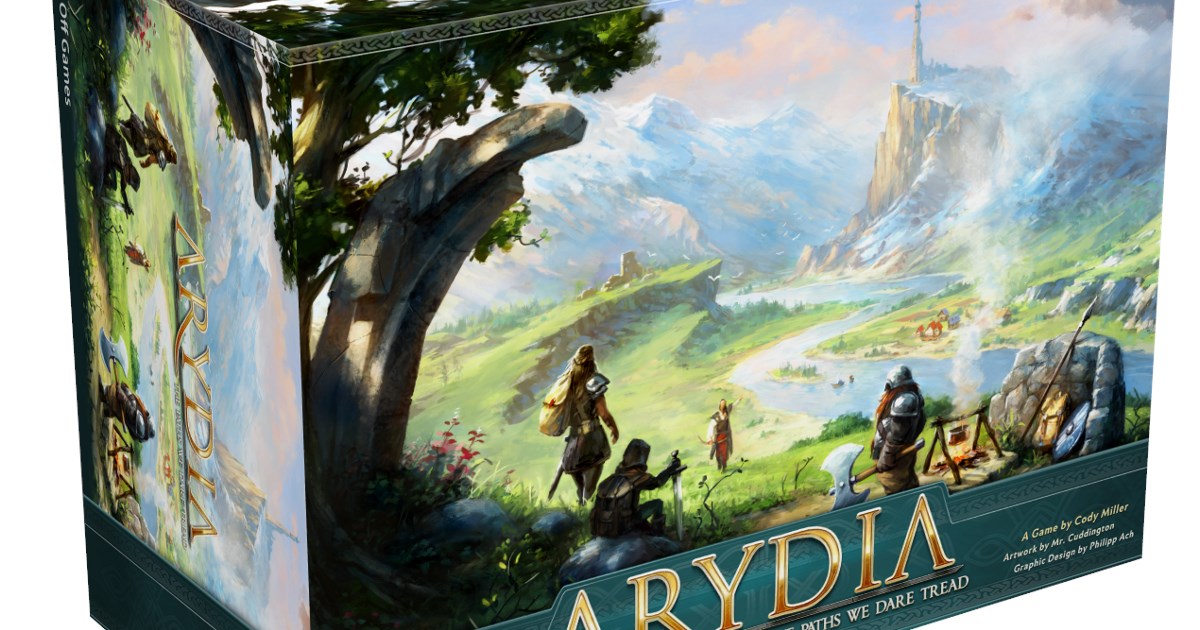 Arydia: The Paths We Dare Tread by Far Off Games