The 5-6 player expansion doesn’t seem to add any unique mechanics, but the “stretch goal” expansion already has a lot of unique gameplay unlocked. I don’t see it necessarily as much more poorly structured than other successful campaigns, but the fact that all the stretch goals are pre-planned and pre developed is more obvious (less marketing chops). While I’m not backing, I don’t see that as bad, and I appreciate the transparency to some extent.

Well, what I’m saying is they’re forcibly bundling a 5-6 player expansion I don’t need and the stretch goal expansion, with the result that I would be basically paying $60 for the stretch goals. Which…paid expansions are fine and maybe $60 will even be a fair price for that in the end, but stretch goals are almost always free bonuses so it feels bad. And if it isn’t really a $60-substantial expansion, which it probably won’t be because they’re assuming the 5-6 player expansion has value, then that feels even worse.

But I’m certainly not backing on the vague info so far. Maybe the playthrough they’re going to stream tomorrow will make it look too cool to pass up. Who knows.

But if you miss out on the early bird you don’t get… uh, one mini and a steam key for Stellaris (currently worth $1)

BoardgameCo has a good summary of the issues with the campaign: 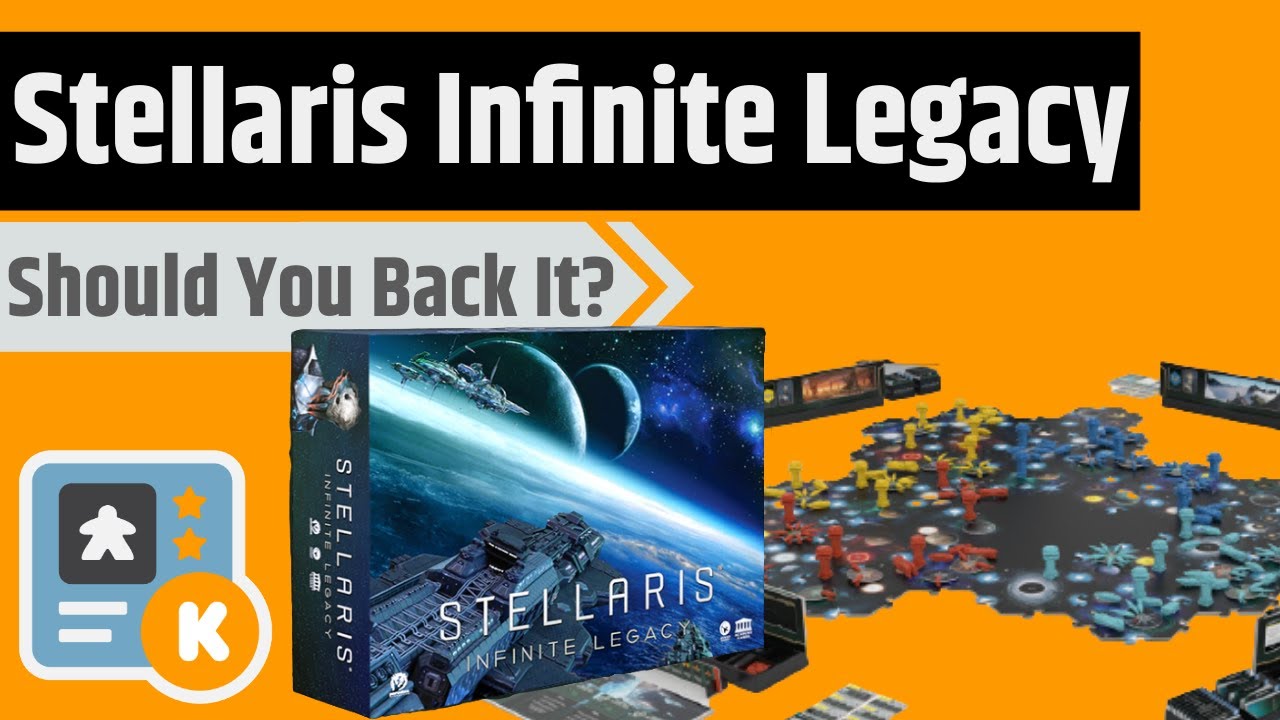 With added VAT and delivery charges, it better be an exceptional game to be worth that kind of price. And they have shared nothing so far to tell is whether it is or not.

Well, I shut the recording of the stream off 15 minutes in because it was just remarkably amateurish. One guy they were playing with didn’t even turn up until almost 10 minutes in, so they didn’t start gameplay until then. Only one person was doing audio and he was just kind of boringly monologuing. And it seemed clear nobody, especially the guy who was late, had bothered to get comfortable with TTS or come up with any sort of organized presentation.

I mean, yes, playing games on stream isn’t what these guys do for a living, and they’d probably much rather be playtesting in person with physical prototypes. But you’re trying to sell me on your game, folks. Either get your shit together or acknowledge this isn’t your forte and work with the people who do do this for a living. Kickstarter previews are something basically all the major boardgame streamer/Youtubers do on a regular basis and are very comfortable with.

Despite all these criticisms, the urge to order is very strong. I’m fighting hard for the safety of my wallet.

So I just went and looked at the latest update. The initiative system is… whomever gets done planning their turn first, goes first (after everyone is done). Which I guess helps smaller empires with less stuff to do? I remember Galaxy Truckers works that way, but I’m not sure this is a good application for that system.

The more I see, the more sceptical I am. A friend has already backed it (but he back all sorts of mediocre looking Kickstarters), which is saving me.

It may just be that there’s no reason turn order matters. Which would be weird in a 4X, but…

Well, the example they use is that one person is expanding aggressively, and another person is building laser defenses. Now, you do do all this in secret, but that seems like a potentially bad situation for whomever goes second. But maybe that’s how they’re keeping the playtime to under two hours- a strong incentive to rush through your turn.

But maybe that’s how they’re keeping the playtime to under two hours- a strong incentive to rush through your turn.

Ah, I actually like this. Not this specific implementation, but making analysis paralysis a handicap.

Yeah, except my A/P player(s) would refuse to play after the first time. Not paying $200 to play this once :)

Oh, for sure. I’m actually a big fan of the aforementioned GT, and also Space Alert, Factory Fun- having to think and plan quickly and accurately can be fun. Heck, I was playing with a design a while back for a Dynasty Warriors-inspired dungeon crawl game that used timed and programmed moves. But I’m just not sure in a game like this it’s a good idea, even if it keeps the games down to a reasonable length.

I’m going to say again, I really hate the way they’re slow-rolling all the rules and gameplay stuff. I’m probably going to just put it on my mental backburner from now until I get that 48-hour message, see what it looks like then.

I’m not backing so I don’t care really care, but some of the stuff they are showing looks interesting to me. A game like this without solo mode is unplayable for me unless that 2 hour playing time is really on the spot.

But I do like Academy Games in general, even though they are very slow at putting stuff out. I’m not surprised about the “unusual” way the Kickstarter is being handled.

They’ve said a solo mode is coming sometime in 2022, well after this campaign should ship.

I can wait till then if the game proves to be good. Their Conflict of Heroes solo mode is excellent, better than many solo-designed experiences.

(It’s random cards, but each card is actually a small flowchart) 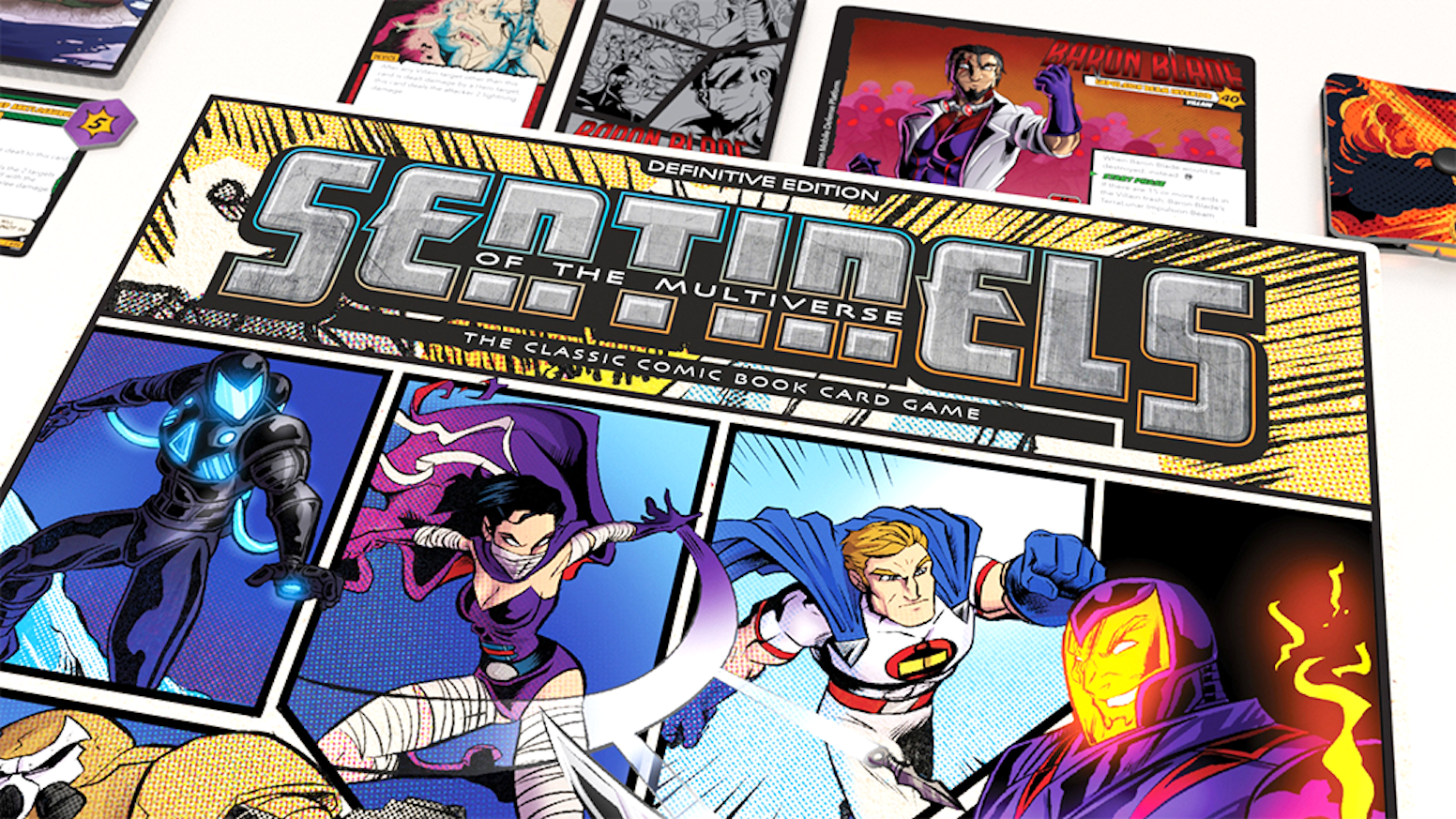 Sentinels of the Multiverse: Definitive Edition

New Definitive Edition of Sentinels of the Multiverse funding now. $50 plus shipping. No stretch goals or addons. I was and am skeptical of rebuying a game I’ve already put a lot of money and time into, but they have a wall of testimonials about how improved it is and are offering a 90 day money back guarantee if you’re not impressed, so…yeah, okay. (Plus there are rules for playing Definitive stuff with non-Definitive stuff, so you don’t have to go back to just 12 heroes and 6 villains until they’ve Definitized the rest of the lot.)

A second edition revamp of Cole Wehrle’s John Company has hit Kickstarter. It will have a new solo mode. It won’t be coming to retail. https://www.kickstarter.com/projects/1243243962/john-company-second-edition/description