I am starting to think Scuzz is just gaslighting me in this thread.

Okay, if that is what he is doing then yea, I misunderstood his post. I just couldn’t see playing this game without some sort of save option.

So I apologize if that’s the case. I just have memories of playing for a couple hours and suddenly running into a couple guys who sent me back to the start of my playing session.

I found a very non-descript field just a little north-east from Rattay that has 170+ Belladonna along with like 500+ Nettle.

So I guess after this discovery I could have grinded out like 70+ save potions (actually much more since I make like 3 potions per brew process). Although it is still nice to be able to save without increasing nourishment and getting the drunk status.

Suffice is to say I am using a hybrid system. Using save pots helps to level drinking also. Which seems like a mostly useless skill, but you never know.

Is that the field next to the Inn? I think that is where I did most my herb farming.

Drinking has a couple of perks later on that grant stat/skill bonuses and smooth out the effects of alcohol, mostly at the expense of longer hangover effects. However you can cure a hangover immediately with a Marigold Decoction, which is very easy to brew or purchase, so “longer hangover” becomes a moot downside to any Drinking perk. Trying to game the Drinking skill for extra stat points is a lot of time and effort for little reward though, so pretty much just choose whatever perk fits your play style.

It’s a bit north east of the Inn, just beyond a yellow flower field that is unpickable on the left side of the road to Neuhof. Belladonna does not stand out and tends to blend in rather well, even in a field where there are over a hundred of them.

Combos? Is this some kind of joke? Impossible to execute given the above, also if the first attack is parried / blocked, then the combo fails anyways.

I am basically limited to two tactics:

That’s all I got.

I don’t remember individual things about the combat other than it being difficult and almost impossible against multiple enemies. I do remember some move I learned eventually in the training that worked most of the time and it got me thru the contest and later fights. Might have been your #2 option, the clinch move.

But this game probably has the toughest combat in any sword and shield game I have played.

I tried to do some of the combos I have learned by using the combo training with Bernard. Mostly because he won’t ever perfect parry during that lesson; but he will be super annoying with his constant tutorial barks the entire time (I want to punch the person who programmed this). And it is still a pain in the ass to pull off. Mostly any diagonal slashes and everything that requires more than three attacks are not viable at all. And anything with majority pierce attacks is much easier to execute since there is no direction involved.

Well yeah, that will happen if you’re on the ground, unconscious.

I sort of figured out how to do a first-response feint attack after a long while practicing. It is still perfectly parried more often than not with riposte though, but I got a little better hit percentage. Particularly against Bernard.

You have to think of it like a fighting game move with those quick directional pad moves. Press and hold left mouse button and immediately: Up-left, [release button], down-right. > 1 second.

I started using fast travel and have been getting way more encounters on the world map. Easily 3X the events versus non-fast travel. One event was a single enemy in good gear, lots of plate, and I was fighting for my life, but I got him after a prolonged bout. He did the same fucking in your face breathing taunt that Black Peter does in the tourney (that fucker).

I think you will run into him or versions of him often now.

Him / versions of him? Do you mean a plate mail bandit becomes a reoccurring encounter?

There is a guy in armor, I don’t remember if it’s plate mail, who does seem to show up on a certain road. Just like the bandits that show up over and over again on a few roads. You could farm them but hauling away the spoils is a pain.

I got a bugged quest, and could never start Hare Hunt in spite of getting the quest marker from an Innkeep, after starting Wolf in Sheep’s Clothing first.

Sort of pissed me off for weeks but I just bit the bullet and completed it entirely one-sided without the other side/extra nuance.

Love to see this 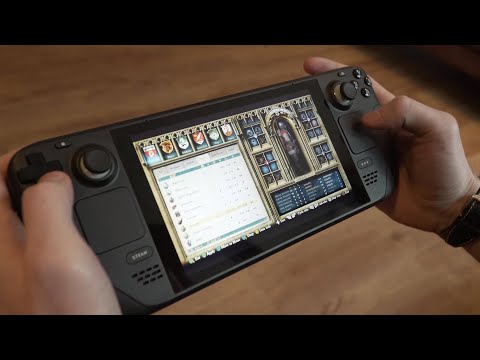 And announced over 4 million copies sold. It is great how good RPGs have long tails.

That is awesome! Good to see one of my favorite games of the last few years getting some additional life and hopefully more fans. Wonder where they’re at on a sequel?

That said, combat was hard enough with a mouse and keyboard, I can’t imagine how difficult it is to master with Steam Deck controls! =)

That said, combat was hard enough with a mouse and keyboard, I can’t imagine how difficult it is to master with Steam Deck controls! =)

I mean, they are just gamepad controls, I finished KCD with gamepad on hardcore and it went swimmingly :) Though I get that for people used to mouseKB, it will take time to get accustomed.

Wonder where they’re at on a sequel?

All we know is that it is being worked on…I would expect announcement sometime early next year.

Combat is still esoteric after one hundred hours. However so, I definitely know how to exploit it and always win…

In the Cloister is easily one of the most interesting quest lines in recent memory.

It’s sort of the RPG equivalent of an FPS where they take away all your guns (New Vegas’ Dead Money also counts here), but talk about a complete sea change. I’m living the sheltered heavily regimented work life of a novice monk now.

I wonder if you can meta-game it though and stash items ahead of time?