What’s that strange hulking shape up there? Is it getting closer?

So when are you painting your miniatures, @tomchick? 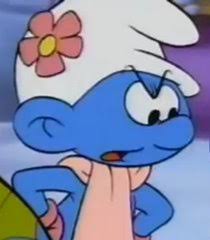 For me there’s a lot of replayability, but that’s because I haven’t cracked a gear progression I’m satisfied with. I’m going to need a lot of playthrough u til I win at least a single time.

But I preparation for that I used my KS access to get several expansions at half price.

I’m curious to see what you are building, gear wise. I like rushing for a full antílope armor set, and get the rawhide headband and the cat eye circlet for monster control, but I have a harder time with what weapons to choose to be effective against nemesis and I seem to take forever to reach shields (which seem to be key for survival/tanking, at least in theory, since I haven’t been able to craft a single one).

I’ve developed an odd fascination with KDM after learning about it tangentially while reading about Gloomhaven on these boards. It looks like a game I would have liked to design. I don’t know if anyone can relate to that feeling or not… it may be totally strange, it’s just something I could see myself having come up with in a different life.

So can we look forward to a Tom vs Bruce for this game?

I believe the base box is supposed to be $400. It’s independently published via Kickstarter so it might be out of stock and thus being victim of scalping. Not that $400 is a reasonable price either.

It looks like a game I would have liked to design.

I absolutely know what you mean. I’ve been following thing game at a distance for a while now, mostly because every time someone talks about KDM, it sounds like one of the crazy impractical game ideas bouncing around my head.

It’s independently published via Kickstarter so it might be out of stock and thus being victim of scalping. Not that $400 is a reasonable price either.

It’s $400 in the store with free shipping (I think worldwide, but I’m unsure) , and there’s ample supply, so that Amazon price is trying to hit uninformed customers (and at this price I don’t think anybody would be uninformed).

I got it on the second KS for $250 including shipping. So, given that it includes a magnificent, useful insert, it was cheaper than what I had to spend on Gloomhaven so it is playable within my time constraints.

I do agree $400 is waaaay too much, though. There will be a 2.0 version of the game by 2020 or 2021, so I would recommend people interested to wait for that KS. I waited one year and a half since I became originally curious on the game till I was able to buy it on KS (and it was quite steep even then).

Correction:
“why the worlds [sic] “kingdom” and “death” are printed on the box”