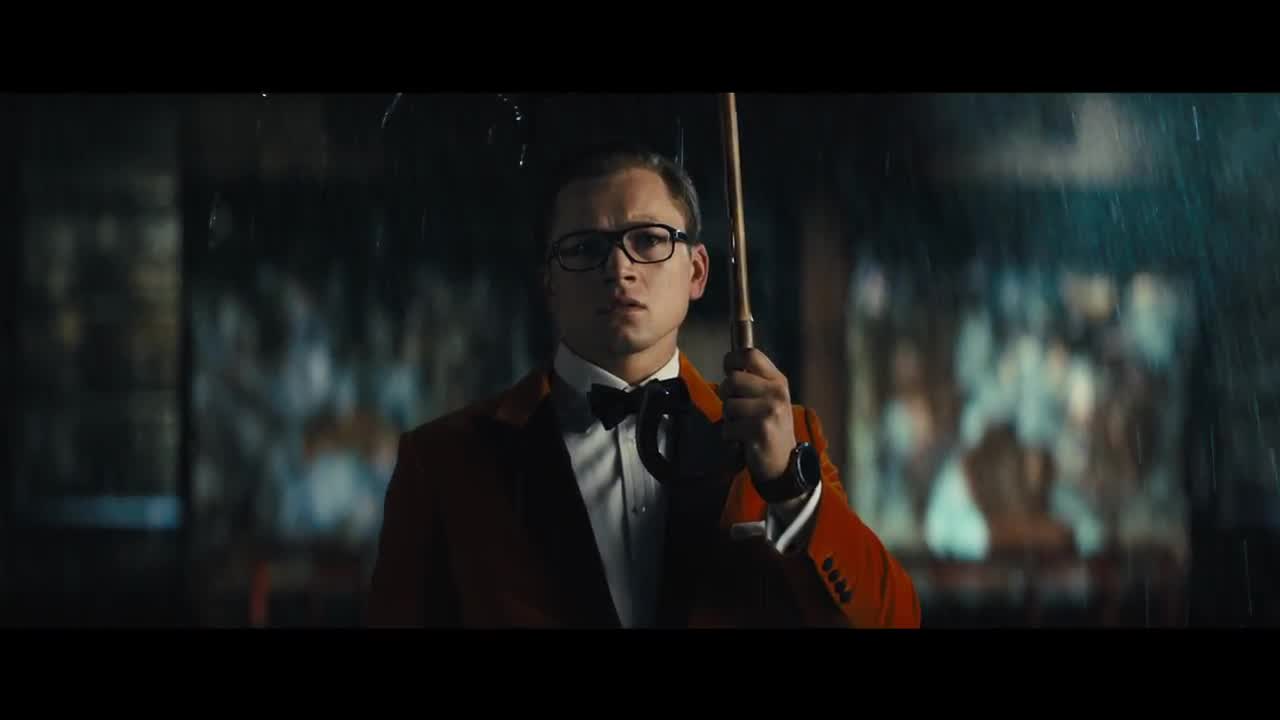 When their headquarters are destroyed and the world is held hostage, the Kingsman's journey leads them to the discovery of an allied spy organization in the US called Statesman. These two elite secret organizations band together to defeat a ruthless...

For those who want to go into this as blind as possible, do not watch the trailer. Forewarned is forearmed.

It certainly looks like more Kingsman, which should be a good thing. I didn’t like (or dislike, really) Kingsman after seeing it for the first time. But once it was on rotation on HBO it grew on me rapidly. The US version of Kingsman couldn’t be any more cliched but that’s sort of thematic I guess (also I love the casting there).

I loved, loved, loved the first movie. Particularly because I had zero expectations going on and it exceeded all of them. Here’s hoping they can sustain now that I do have expectations…

Kingsman is perfect fan service for what I want out of 007 movies but rarely get. This sequel looks like it’ll do the same! Can’t wait.

Whether you like the movie overall or not, you can not watch that church scene and not be blown away by it.

I can’t wait for this. Loved the first movie so much.

Very underwhelmed by Kingsman 1… not really sure what all the fuss was about. I think I totally gave up on it in the exploding heads scene. I wont rule at seeing K2 though, see what happens. Hate that they brought back Firth… this ‘he was dead but not now’ thing really needs to stop.

I was underwhelmed by the first Kingsman as well, specifically after the hype around here, but I still think it was decent enough to get me to watch the sequel.

I avoid trailers, but I’ve seen red band trailer mentioned before at Qt3, but was too lazy to look it up. Not today!

A green band is an all-green graphic at the beginning of the trailer. … Trailers that do not adhere to these guidelines may be issued a red band, which indicates approval for only “restricted” or “mature” audiences.

Love it. Love it.

Seriously DO NOT WATCH TRAILER. I was in the theater, and don’t typically pull a Tom or Dingus, but wish I had for this movie :/

I watched the trailer.

Don’t watch the trailer though!

I’m the biggest spoilerphobe ever. I hate them with a firey passion.

Yet I watched and loved the shit out of that trailer.

If you didn’t know what was gonna happen as soon as a sequel was announced, you’re just silly.

Just saw this the other day. That was my least favorite thing in the movie. By a wide margin.

That church scene was well choreographed, shot and (for the most part) edited, IMO, but I don’t think it was well-written.

Just came back from Golden Circle.

I am a bit sad about what happened to some characters in it, but thems the break I guess. But it was fantastic, go see it so I can get a third film.

Yay, that is so good to hear. We have tickets for Saturday! Can’t wait!

So I guess I’m going to be that guy - but I thought this was terrible. So bad that I’m worried if I watch the first one again it’ll be tainted because I know what happens afterwards.

So little of it made sense, the casting was all over the place, there was no tension, just… no.

Remember when Call of Duty 4: Modern Warfare came out, and everyone loved how it was such a refreshing take on the genre, and how good the story and pacing was, the sudden character deaths and out-of-the-box levels? And then Modern Warfare 2 came out and it was as if someone had taken all those “favourite” parts of the first one and made that the entire game, but forgetting anything about pacing and character development? That is this movie…

<Edit I should point out that the majority of other people in the cinema with me were loving it - so perhaps it’s just me :) >

Matthew Vaughn is not a fan of the studio’s marketing arm.

"I think the marketing department’s done a bloody good job of giving away a lot of the twists and turns. That’s been a private bugbear of mine, and I guess now a public one. They insist it is the right thing to do. I think it isn’t great for the viewing experience and the way I structured the first act. It definitely has left me feeling a bit hamstrung; the narrative thrust has been a little bit weakened. There are a few little twists and turns left that I’m definitely fighting like a crazy person right now to make sure those don’t get given away. I think that will hopefully help the word of the mouth, where people go, “You aren’t going to be believe X, Y and Z just happened.”

“It’s always been a bit of a battle. I have to be…I can’t really get too much into the politics of the marketing departments. Hollywood, in general, right now, I think the way they’re marketing movies is a very old-fashioned model that has to change. It’s not just Fox. You can say that about most of the studios. It’s this sausage factory of, X amount of movies that need to be released. OK, here’s the poster, here’s the trailer, we’re going to do billboards, we’re going to do television advertising, and there is a digital department. I keep saying, guys, the marketing department should be the digital department from now on, and then have a smaller department which is the poster department. The world’s changed, and the model in general of Hollywood is still…everyone talks about the TV business and how it’s amazing while film’s dying. I think it’s not dying, but the film business needs to readjust.”