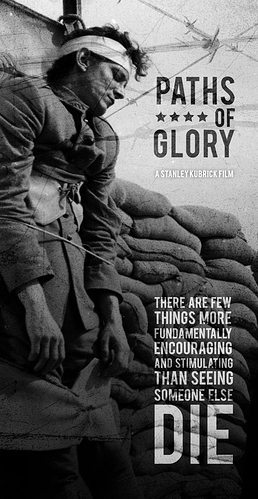 We have come to an all time great film. If you haven’t seen this film, you should before you die.

An anti-war film that explores the cynicism of military politics so cuttingly it was banned in France for 15 years due to its portrayal of the French General Officer class in World War 1. It is also (sorry, 1917) hands-down the best portrayal the Great War on film and possibly the best portrayal of 20th Century warfare on film (sorry, Spielberg). There really isn’t much more to say about this. YOU MUST WATCH IT!! Seriously. History buff or not. Black and White hater. War Film averse. Everyone should see this film once in their lives, the world would be a better place.

Its available for rental at every major online streaming service globally. Not worth posting a billion links.

Below are 4 reasons to watch this film in images: 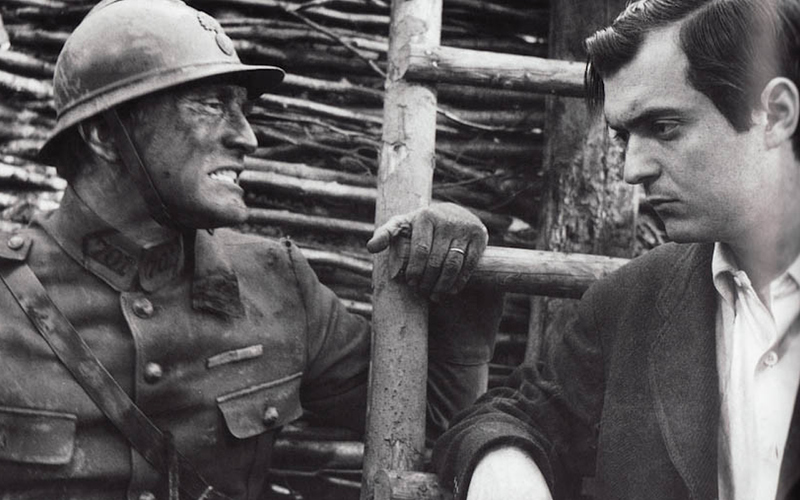 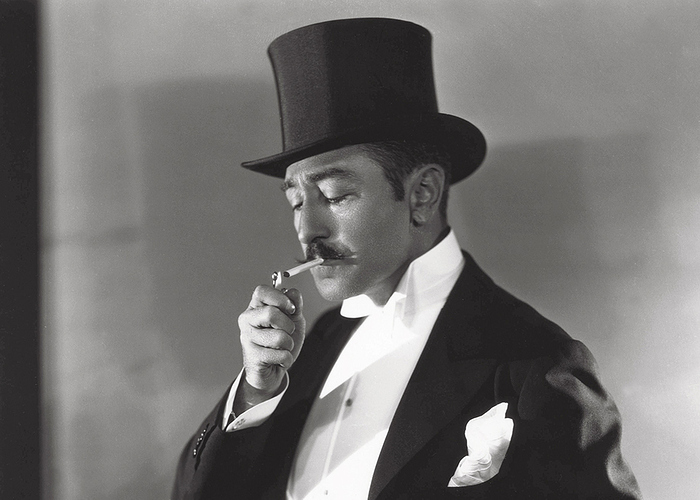 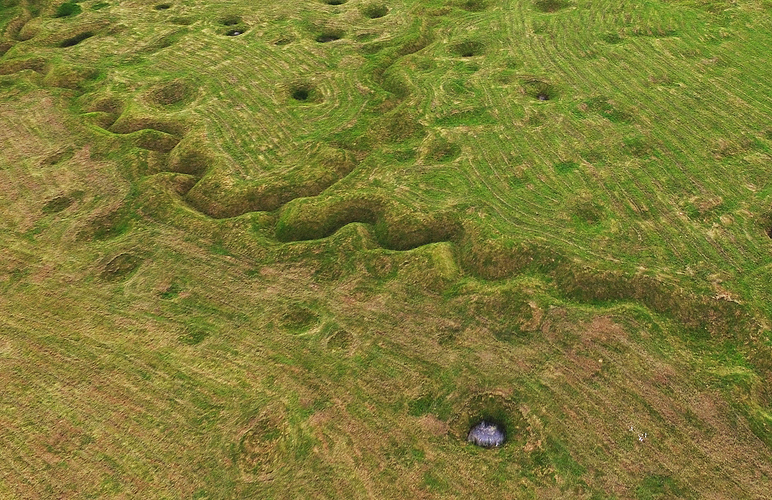 This might be my favorite Kubrick after 2001, or at least I sometimes feel that way. I love how short and compact it is, how there isn’t a wasted moment, and George MacReady is fantastic. The kabuki insincerity of the scenes between him and Adolph Menjou is classic.

It wasn’t until recently that I learned one of the three accused soldiers is played by Joe Turkel, who is also the bartender in The Shining and Mr. Terrell in Blade Runner.

It also has one of my favorite closing lines in any movie scene: “Now you got the edge on 'im.”

Joe Turkel, who is also the bartender in The Shining and Mr. Terrell in Blade Runner.

He’s also in The Killing. Timothy Carey, who played the psycho sniper in that film is also in this one.

An anti-war film that explores the cynicism of military politics so cuttingly it was banned in France for 15 years due to its portrayal of the French General Officer class in World War 1.

Ooh, how bad do they roast Joffre? I can’t wait to find out!

do they roast Joffre?

Not really. No one/thing is mentioned by name or actual historical location/event, but essentially we’re dealing with the Nivelle Offensive of 1917, and the command’s reaction to its failure- all of which led to the 1917 mutinies.

So he’s basically frying Nivelle, Mazel and the War Ministry as well for basically letting it happen.

So this is indeed quite the film. There is some spectacular shots here, which given Kubrick’s reputation shouldn’t be a surprise. Like The Killing he does solid work on moving shots with multi planar elements. The scene marching down the trench with Douglas before going over the top is indeed a magnificent shot.

And this is such an intimately filmed movie. The viewpoint, especially early, is very constrained. WWI was a huge conflict, but rather than focus on the grizzly meat grinder and drawn out conflict, Kubrick narrows the focus to the micro level. A single battalion, and really a small group of individuals within that battalion. With a very economical use of dialogue and shots he really draws out the separation of the experience. The aloof joviality of the General de Division, the cruel callousness of the General de Brigade, the way their dictates are divorced from the reality of the war, subsumed under personal ambition and glory.

I had never heard of this film before, and I am not sure why. Perhaps because the focus is on the French in WWI, an unglamorous war compared to the more cinematographically popular WWII. Ok, not perhaps, almost certainly that. There is a sharp critique here, and an ending that does not uplift. No, it is a film that tonally fits the war, which has an ugly cynical edge to it. Honestly while I am sure Kubrick could have made a technically brilliant WWII film, I do think his disposition means it would not fit nearly as well as the war films he did make. Like Full Metal Jacket and Dr Strangelove, his sensibilities fit the subject, and give them a more authentic feel.

Also, regardless if anyone else is continuing, I am at least picking up the next film because I have actually never watched Spartacus.

I had never heard of this film before, and I am not sure why. Perhaps because the focus is on the French in WWI, an unglamorous war compared to the more cinematographically popular WWII. Ok, not perhaps, almost certainly that.

I first watched this when I was like 12. Was one of my father’s favorite movies.

I’m following this thread. I don’t really have time to rewatch, But except for the first film (which I have not seen) and the second one (which I’ve seen once, but on a 35mm print I projected myself -was a projectionist for the University I did postgrad in-) I have seen every Kubrick movie 3 times at least (some way more).

While I love Paths of Glory, it’s a little bit too clean and precise to be among my favorite Kubrick films. It’s certainly his first great movie, when he shows he’s really in control of every single aspect of the craft, but it’s still too constrained, too subservient to a style of what a “proper movie” should be. The mise-en-scene in the dialogue in the mansion is great, but classical and lacking something he mastered later in his career: acting improv. For all the fame of Kubrick as an ultra precise director, he really improvised a lot in his sets (much like Wong Kar Wai) and the most memorable scenes in his later films are improvisations, so the final hyper defined finish in his later movies is a result of an organic search on set, both of acting and camerawork, and not strictly part of a pre-planned whole in the Hitchcock tradition.

Spartacus, being the kind of production it is (and Kubrick being a replacement director there) also suffers from this (very heavily), although I do like it a lot, warts and all, in part because of the script.

Only because I’m a sucker for courtroom dramas, I wanted the trial to go on longer. Give me some of that Few Good Men feeling, Stanley!

But unreasonable expectations aside, this is like three movies in one: The war movie, in the trenches. The kangaroo trial. And the tragic drama of the three men sentenced to death.

Things that struck me:

One thing about the trial, it is apparently based on a real event!

So I have the Criterion Collection DVD (and as much as possible will be getting the same from the library) which has a book about the production and film, and it contains several interesting bits and background details.

In this case the movie is based on a novel, which is inspired by a real New York Times story about 5 men who were killed by firing squad during WWI. So the movie is, very very loosely, based on a real event.

Another is that singer at the end? Susanne Christian? She would later marry Kubrick. Not really relevant here, other than an interesting note.

Apparently there were a few versions of the story too, including one late in production where the condemned men are given a reprieve. However it sounds like Douglas, who was instrumental in getting studio backing (including being part of the financing under his own production company), insisted on returning to the original ending he had read when he signed on. And since you like the courtroom aspect @Nightgaunt then you should thank Douglas as well, since this was also part of his demands. He wanted to both have the dignified hero, as well as the futile ending. To him the mendacity of the generals was part of the point.

One thing about the trial, it is apparently based on a real event!

The source novel is based (loosely) on the Souain Corporals Affair which occurred in 1915. The novel is set in a fictionalized 1916. However with the marvellously melancholy (with suppressed anger) end-scene and accusations of mutiny against the men, Kub, in interviews, stated he wanted to recall the mood before the mutinies of 1917, which occurred after the Nivelle Offensive which included similar attacks against strong German positions along the Aisne front.

Douglas was absolutely pivotal in getting this made, and he and Kubrick formed a close friendship; one shattered in the aftermath of our next entry.

and he and Kubrick formed a close friendship; one shattered in the aftermath of our next entry.

Yeah, the Criterion booklet has the following quote from Douglas, regarding Kubrick “a talented shit”

I just picked up the Criterion DVD.

@Rock8man I don’t think any of his movies, other than Fear and Desire, are on Netflix unfortunately.

That’s ok. Netflix is expiring tomorrow anyway. I’ll check with my brother to see if he has it, he’s a Kubrick fan. If not, I can rent the missing ones.

Kubrick-fest 04 is up, but don’t let that stop anyone from talking about any of the Kubrick-fest films!

[Spartacus_Original_Movie_Poster_530x] Kubrick goes Hollywood! If you haven’t seen this film, you should before you die. A Sword and Sandals epic launched due to Kirk Douglas’ pique at not getting the lead in Ben-Hur . Douglas picked up Howard Fast’s novel and eventually tapped Dalton Trombo, blacklisted brilliant screenwriter (and die-hard CPUSA member who ran all the cells in Hollywood before his blacklist), to write the screenplay. Production began in California by Douglas’ company Bryna …

One of my favourite little behind the scenes details about this is that it was filmed using Bavarian policemen as extras, presumably many of those over 30 having actually fought in WW2.

So this is the first one I’d previously seen, but only once, so I gave it a rewatch. My only real criticism is that it feels a little too black and white - morally, rather than cinematographically. Dax is just too righteous and Mireau too villainous for it to really work as a drama rather than a polemic, but it’s still magnificent. A lesser movie would have had the execution overturned.

The nighttime recon mission looked spectacular. I don’t know if it’s fair, but in this time period and in black and white, I don’t really expect night scenes to look like night scenes.

I don’t know, those scenes were still too well lit to really pass for night. The flare goes up and my reaction was “what’s the difference?”

Yup, compare it to the night scenes in Touch of Evil. Those really feel like night.