Kubrick-fest 06 - Dr. Strangelove or: How I Learned to Stop Worrying and Love the Bomb 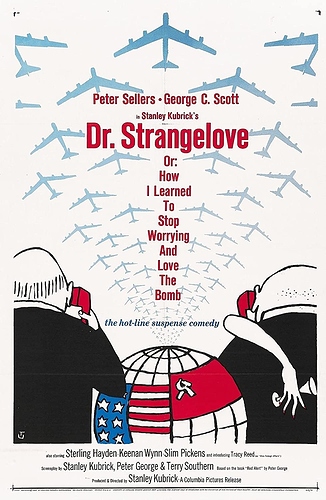 After the success of Lolita , Kubrick turned to another novel as source material, Red Alert . He began with an idea to make a thriller about a nuclear accident that played with Cold War paranoia. After selecting Red Alert as the source material he and noted satirist Terry Southern turned the taut thriller novel into a satirical comedy thriller farce (?!?), or as Kubrick termed it a “nightmare comedy”. Again, completely dispensing with the actual themes and intent of a novel and making a completely original work out of it and dispensing with the author’s intent and themes, creating discontent with author Peter George (so get in the queue with Nabakov, Anthony Burgess, Stephen King, etc. literary purists – at Least Arthur C. Clarke had the good sense to realize that the film version of his novel was going to be a completely new work.).

In the end, Kubrick may have invented a new genre; certainly, created a comic masterpiece with social critique and both current and timeless relevance and showcased several of the best comic performances ever seen on fil. Yee-Haw. You need to ride this pony once before you die. Or we all die.

Its available for streaming rental at Google Play, Amazon, YouTube, Vudu, iTunes. It is not free and is a $2.99 ish rental. I’ll leave to UK/European/International participants to fill in availability in those locations in-thread. Hey, it may be banned! Let us know!

Below are 5 reasons to watch this film in images: 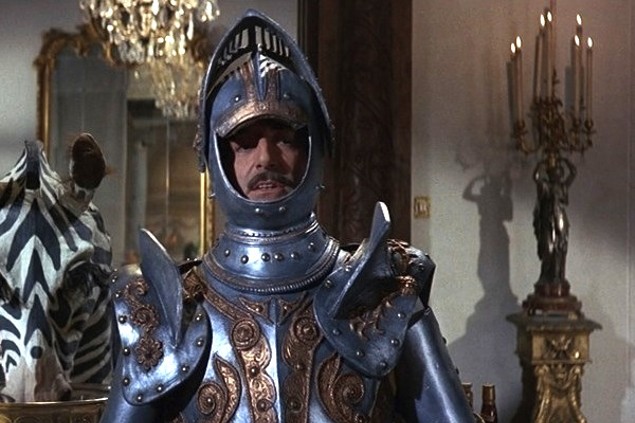 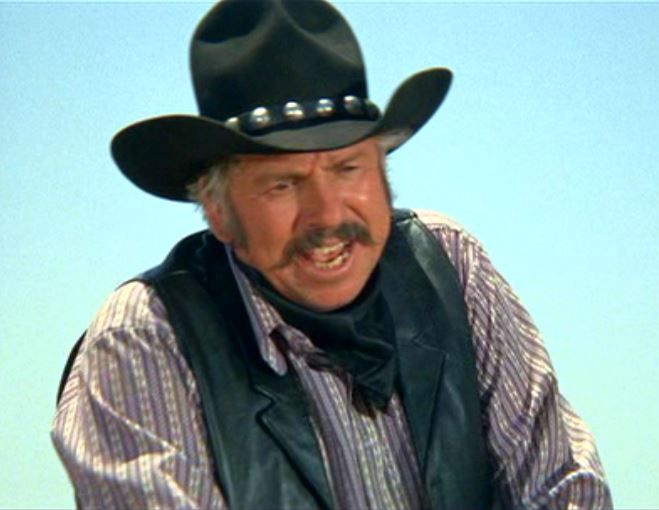 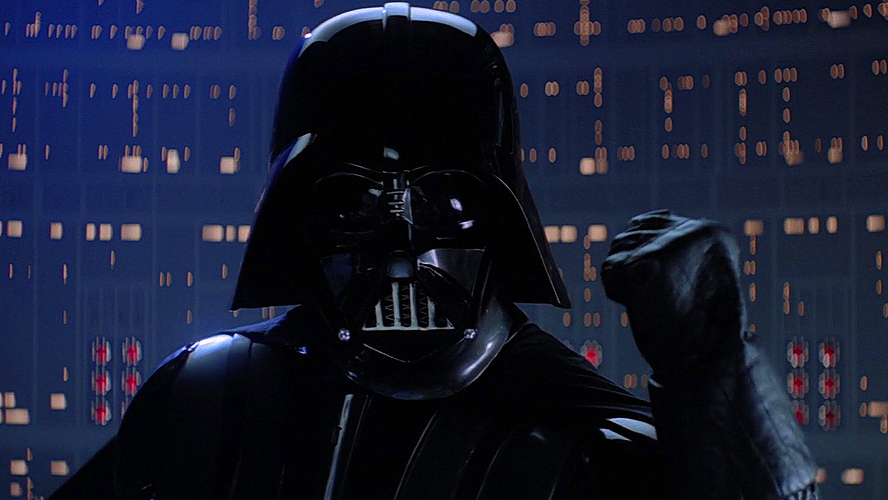 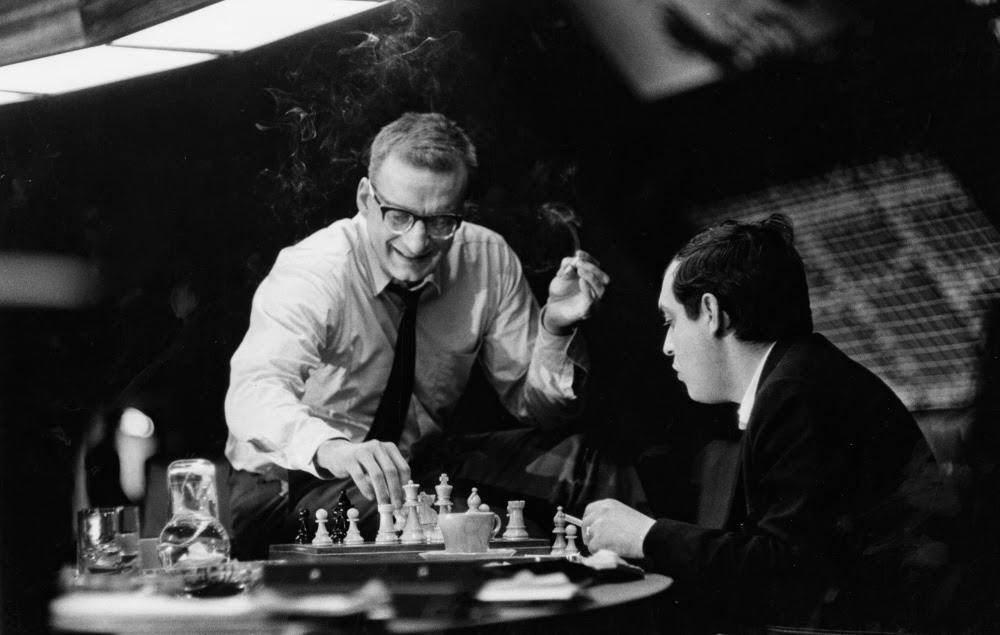 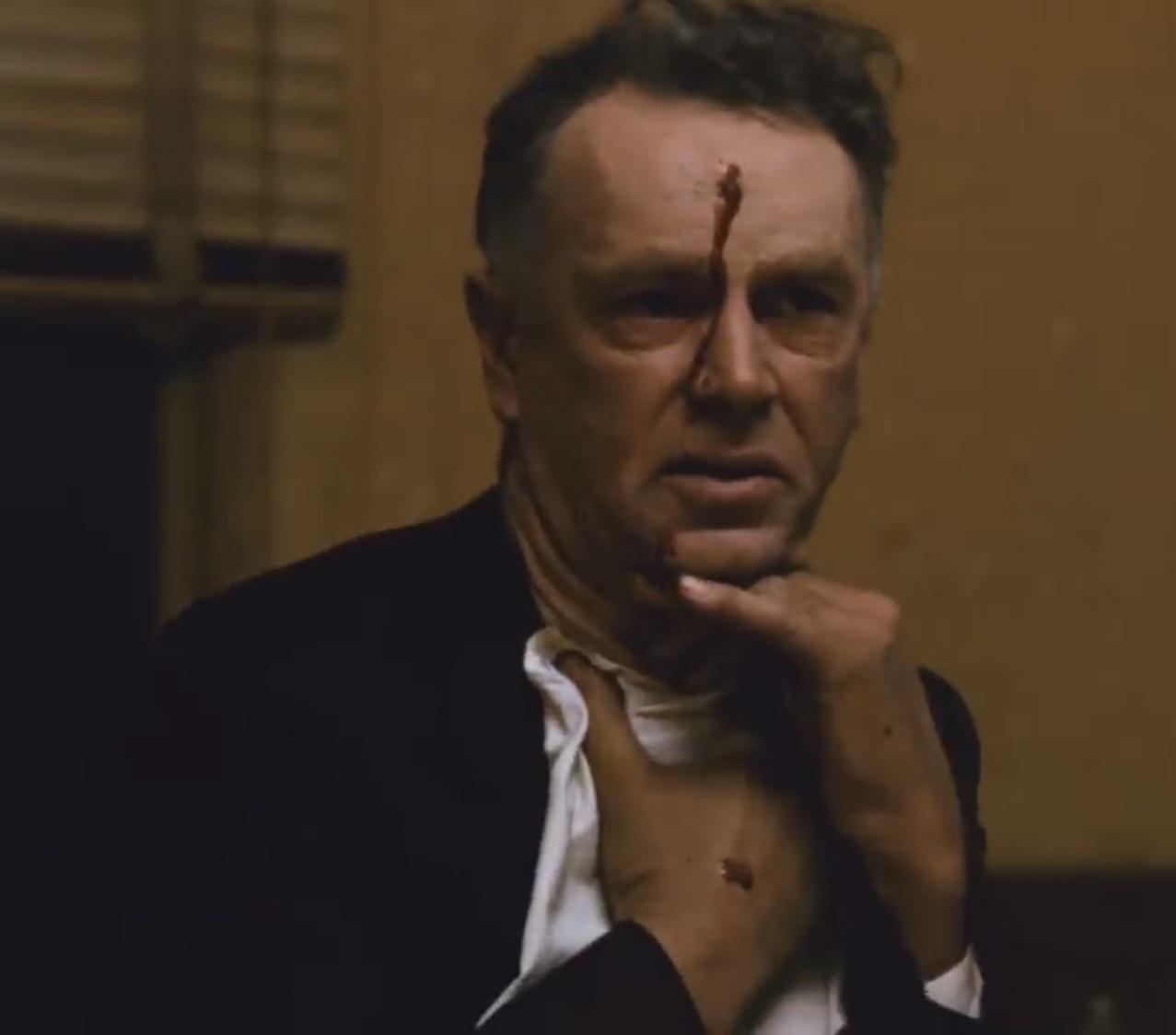 This is the first of his films I’ve seen. And it is one of the most memorable pitch black comedies ever made.

I am greatly looking forward to rewatching this, as I’ve only seen it once. Brilliant overall film with absolute stand out performances. More than any Kubrick film yet (or future that I’ve seen) this film lives with the individual actor performances. The writing is great, but like so many comedies the delivery is what makes it.

Have you guys seen Fail-Safe? I had and always wondered the relationship, so right now I decided to go and read the Wikipedia article and found out about the lawsuit for the first time.

Yes. I love Lumet. But that movie is very boring. So is Seven Days in May. And both don’t bear the passing of 55ish years very well.

I don’t really know what to say about this movie that doesn’t just devolve into breathless praise. It’s pretty much perfect, and if a better comedy has ever been made, I haven’t seen it. I guess the total absence of female characters (apart from the dishy secretary) dates it a bit, although that’s probably a fairly accurate depiction of military/natsec circles in 1964. (It’s not like any of the characters gets a chance to go home and talk to the wife.)

Sellers’s triple performance is – well, it is what it is. I could praise it, and then I could go praise the Parthenon just for the hell of it.

I’ve always felt Scott was kind of the secret sauce here. You sort of expect Sellers to be brilliant, but Scott absolutely holds his end.

What seems important to me about this movie is that there’s a fundamental humanistic sanity there. You can perceive the development of Mutually Assured Destruction step-by-step, and see how it makes sense in game-theory terms (and indeed saw us relatively safely through the Cold War!) – and still be appalled by it. This film is one of the most aesthetically powerful expressions of that sense of being appalled. Small comfort if we end up a smoking ruin, but still, it was something worth saying.

Also one of the few cases I can think of where a choice of camera angle by itself can bring a laugh. When you first see that looming low-angle shot of Sterling Hayden chewing his cigar, you already know he’s gone round the bend, before he even says a word. 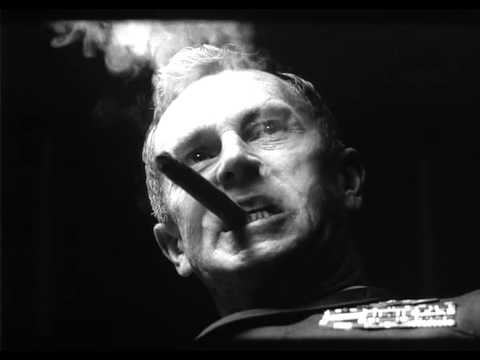 You kind of hinted at it with reason 4, but I would say reason 6 is Ken Adam’s set design for the War Room.

Sadly this awesome book is out of print:

This book showcases the drawings of Ken Adam, the man who has created some of the most iconic & memorable sets in the history of film. Pr...

Agreed, it’s a masterfully designed set. I had the pleasure of seeing Ken Adam give a talk at LACMA some years ago.

What seems important to me about this movie is that there’s a fundamental humanistic sanity there. You can perceive the development of Mutually Assured Destruction step-by-step, and see how it makes sense in game-theory terms (and indeed saw us relatively safely through the Cold War!) – and still be appalled by it. This film is one of the most aesthetically powerful expressions of that sense of being appalled. Small comfort if we end up a smoking ruin, but still, it was something worth saying.

See also the Civil Defence sketch from Beyond the Fringe:

I agree with you all. However the Cold War themes have come and gone. The reason everyone remembers this film while the aforementioned Lumet and Frankenhiemer (and Serling-penned) works of a similar vein have passed into the dustbin of cultural historical amnesia, is because of the camera work and the brave decision to pose the “issue of serious gravity” as a genuinely hilarious farce. And then the performances and set decoration etc. all emanate from that decision.

For sure, it was a masterstroke of inspiration to turn this story into a comedy. I think Kubrick was probably right to leave the pie fight out, though.

Well, that’s been done to death. Shooting Coca-Cola, however…

Never heard of it.

However I will add that in terms of tone the modern film that most reminds me of Dr Strangelove is Lord of War. The way the comedy derives out of the framing as much as anything. There isn’t any of the overt clever word play, like the no fighting in the war room line, but both do a good job framing the absurdity of their circumstance.

As for Strangelove it is so strong on so many levels. At once of its time, but timeless. I think the deadpan of the comedy ages far better than the punchline driven madcap comedies. A gag may be funny in the moment for those who get the reference, but at some point it ages into obscurity. But there is nothing in this film that a basic understanding of the time period and geopolitics, very basic, couldn’t make this completely coherent. Sure the lack of instantaneous global communications creates a tension that many modern films simply can not match. But even my 6 year old can understand that cell phones didn’t exist at some point in the past.

For a long time, I thought “If you don’t get the president of the United States on that phone, you’re gonna have to answer to answer to the Coca Cola company” was the funniest thing I’d ever heard.

Dr Strangelove is Lord of War

Don’t make me get a stick and chase you out of here, flailing madly! You just compared Dostoyevsky to Joe Eszterhazy or something.

Edit: my actual reaction to this. 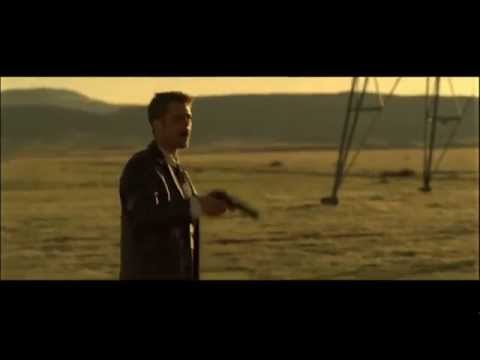 I ain’t even gonna apologize, I unabashedly love that film. It’s Nick Cage’s best movie IMO (yes, yes, I am aware of the lack of quality in many of his other works).

The reason I mention it is because it is a film with a dark subject that it uses the inherent absurdity of to paint as a farce. To show you the grinning ghoul behind civilization. Kubrick has a definitely lighter treatment of a darker subject.

One moment I absolutely adore in this classic is when Lionel Mandrake gets increasingly exasperated trying to get Keenan Wynn to shoot the coke machine.

“But if you don’t get the President of the United States on that phone, you know what’s gonna happen to you? You’re gonna have to answer to the Coca-Cola company.” 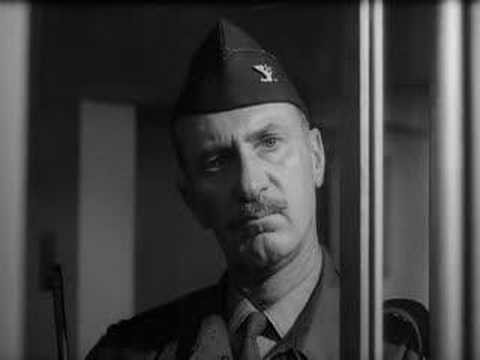 Shooting a Coke machine is like shooting a senator. The patriotic adoration of capitalism. So funny.

This surely is one of the more perfect films ever made. Kubrick could have retired on this one and had a storied career.

I can’t say for sure but i can’t help but think there was a little recognition in George C Scott’s refusal to accept an Oscar for Patton that he’s playing in 1964 a physical comedy womanizing buffoon in Strangelove then winning an Oscar just 6 years later playing the straight version of the same character.

Will Patton wasn’t a womanizing buffoon but you drive on with your theories.