My parents like to go on motorcycle trips in the warmer months, and are thinking of picking up a laptop to store photos, handle email and for general (non-intensive) use.

My dad figures a 15" model isn’t going to fit comfortably on the bike, so he’s looking at models with 12" screens. He turns to me for advice, but I’m pretty clueless about laptops so I’m passing the question on to the QT3 hardware experts. Are 12" screens even going to be around for much longer?

In terms of price I think they want to pay somewhere in the $1000-$1500 USD range if that’s possible, though they could certainly afford more if it was worth it.

Anyone have any favourites?

You shouldn’t use a laptop on a motorcycle. keep your eyes on the road! 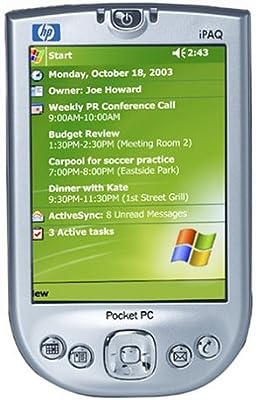 Slim, sleek, and affordable with optimized performance to keep you productive while you're on the go, the HP iPAQ Pocket PC h4155 is a Microsoft Windows Mobile-powered Pocket PC packed with powerful f ...

Nah, it’d be cool to have one of those mil-spec ruggedized Tablet PCs that several companies are selling now (including Compaq and HP I believe). You could keep it in the tank bag of your crotch rocket, like a map.