Good article on the bump fire devices, including a few lines in there to help certain posters here with limited imagination that just can’t understand why crazy people would want to do such strange things. 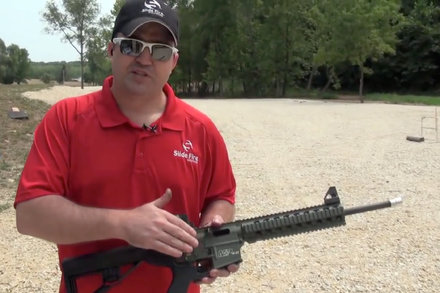 Jeremiah Cottle has made millions with his bump stocks, a rifle accessory that all but removes the “semi” from semiautomatic.

But the internet also abounds with tutorials on how to gin up homemade versions of the accessory using belt loops and rubber bands. On YouTube, videos show AR-15 rifles equipped with 3D-printed bump stocks and “bump boards” made of wood.

Good luck with that, Congress!

Yes, this too. In the army, we learned (completely unofficially, of course) how to use the rifle’s sling as a “bump” mechanism by unhooking it and looping it over the shoulder.

Rather than pick out a few points from this, I suggest everyone read the whole thing: 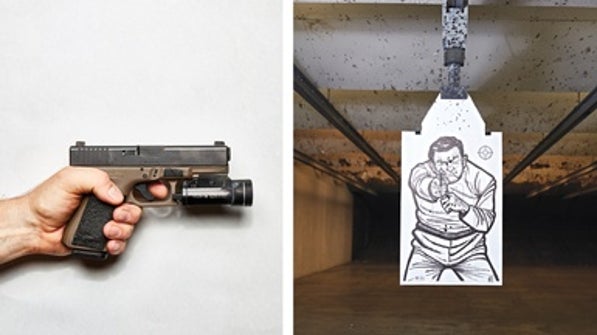 More firearms do not keep people safe, hard numbers show. Why do so many Americans believe the opposite?

so many Americans believe the opposite

I move we replace ‘E Pluribus Unum’ with this as our national motto.

Americans Hopeful This Will Be Last Mass Shooting Before They Stop On Their Own...

WASHINGTON—Expressing a sense of guarded optimism that the latest incident of gun violence that left 58 dead and 500 injured in Las Vegas would be a turning point for the nation, Americans across the country confirmed Monday they were hopeful this...

Edit: Forgot to add, the lack of posts in your [opioid] thread does not’ indicate disinterest, rather it’s more likely most of us are in broad agreement. That tends to generate fewer responses (someone linked an article pointing out that trend.) There’s so many responses in this thread because it’s just the Qt3 echo chamber run amok ;) )

I really wish this was true, both disinterest and broad agreement. Cause honestly I don’t even have an agreement with myself what do about the opioid crisis.

Do we follow the path of Indonesia and Malaysia and routinely execute drug dealers? Or do we skip the formalities of a trial, and just kill them on the street like Duterte does in the Phillippines?

What about user do we adopt the approach of number European country and make sure they have access to clean needles and skip any kind of punishment? Or do we use a carrot and stick approach, stick with rehab or go to jail?

And how do we go about breaking the addictions, for decades we sent people to 12 step programs. They do work for many people, but generally only after multiple attempts. Or are there better programs?

Is marijuana part of the solution for pain treatment, or the legalization trend part of the normalization that is ok to be high in society and part of the problem? Should we use less dangerous opioid to treats opioid addiction? I can honestly say I don’t have a definite answer to any of these questions Although, it would take a mountain of evidence before I’d sanction Duterte style executions.

Disinterest.
Tom Petty died this week of a cardiac arrest at 66.
Tom was an amazing rocker and a heroin addict. I’m going to make a prediction that drugs were a primary or contributing factor in his early death.

I’ll also predict if I’m right what we WON’T see on Facebook or QT3 is a demand that Congress pass laws and do something to rid this country of this deadly product. There won’t be posting of cute meme comparing America drug problem to other countries. There won’t be calls for Americans who use drugs (including alcohol) in a responsible way to change their behavior.

(To be fair having a tried and failed for 50 years to win the war on drugs, I don’t know if I trust the Federal government to find a solution, but IMO the government at some level has to do something, which also should be part of the discussion.)

In short, we will see none of the outrage that mass shooting causes will happen because of yet another drug-related death.

I know this because none of these celebrities who died of OD, or this much longer list of famous people caused a demand for action.

I wish I had something other than mostly cynical reasons to explain the differences in reaction.

If any of you think you have answers to the questions I posed on drug policy please post them here, but I’m done debating gun laws (at least for a year :-) )

The problem Strollen is that you can’t force people to manage their own lives. What we need is a cultural revolution. And just FYI the reason legalization is necessary is not to save those who overdose.

What we need is a cultural revolution.

I advise giving it a different name, though. :)

This is probably the most balanced report I have seen on the fact that without a gun ban, there is simply nothing else you can do in the absence of any body of research, then “If you tell me that there’s nothing we can do about guns, I’d say then we’re done. We’ve conceded that we are willing to tolerate periodic slaughters of the innocent. There’s nothing more to say.” It Doesn’t Matter Why Stephen Craig Paddock Did It

The United States has decided it isn’t going to address out-of-control gun violence, and no insight about an individual shooter will change that.

Left Right and Center’s take on it was incredibly depressing. Left and Center didn’t say anything other than that a bump stock ban would be nice, while Rich Lowry on the Right was in ‘shall I count the ways?’ mode explaining why a more substantive set of restrictions would be ineffective, unless you get to more extreme restrictions that will never happen. He seemed to have barely-suppressed glee in evoking the NYT Op-Ed suggestion of advocating a 2nd amendment ban (because I’m sure he’d like to see the left get behind something he believes is politically dead in the water), and stated that the stockpiling that would occur in advance of such an event would be unprecedented – in other words, basically, mass disobedience to the law and potentially open rebellion. The whole thing was a massive shrug and a tacit concession of the entire framing of the question to the fetishistic death cult that has taken hold of the bit over the past few decades.

We’re fucked. As with health care, we can’t have nice things because we’re 'Murica!

Off topic for this thread, but this is one of those times where “states are laboratories” would really come in handy. I have no idea what the answer is, either, but I would hope there are ideas out there that states can try to address the problem (not that that is going to happen under the current corrupt regime.)

We’re fucked. As with health care, we can’t have nice things because we’re 'Murica!

At least for the foreseeable future I can’t help but agree with this.

If you are pro-gun control and enjoy choking back impotent rage, this interview with journalist Mike Spies about the NRA will be right up your alley. 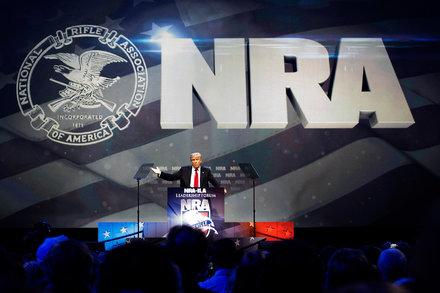 Don’t be fooled. Republicans and the gun lobby are still very much in love.

Raise your hand if you were fooled.

In the strange news of the day, Diane Feinstein says no law could have prevented the Las Vegas shooting: 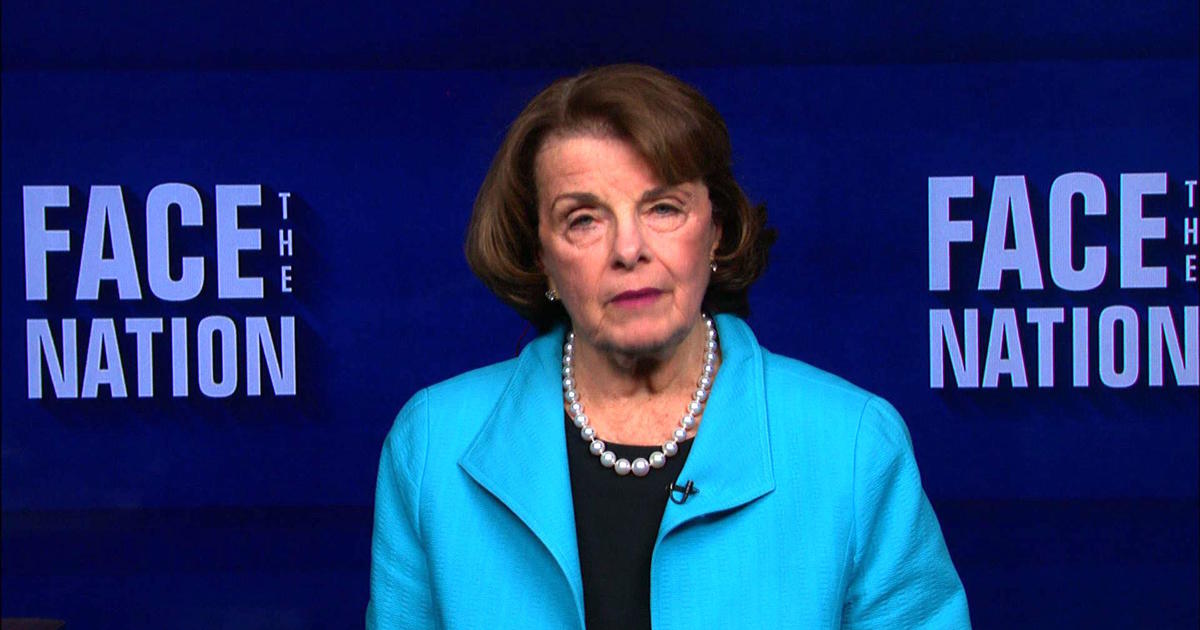 Congress is debating if or how to legislate gun control, after the gunman opened fire on hundreds of people at a country music concert

“No, he passed background checks registering for handguns and other weapons on multiple occasions,” said Feinstein, who noted Paddock didn’t display any of the signs one might look for in a potential shooter like a criminal record or mental illness.

Well, maybe that’s true, but shouldn’t she at least pretend, or toss something out there anyway?

I think maybe the problem here is that if you buy dozens of rifles, something is probably up.

Feinstein did just announce a re-election campaign this morning, though I can’t imagine why she’d need to soften her gun control stance in California for that. Just an odd news story.

I got an e-mail from Feinstein’s office on Friday describing the new gun control measures she would be proposing.

Ugh, fricking Feinstein. What the fuck… She’ll be 90 or 91 at the end of her term if she wins. Just let it go and retire. Let some Democratic youth get some experience in the Senate.