Let's take a trip in the Way Back Machine

I know we have similar threads but not sure anything exactly like this: As we unbox stuff in our new house (a task that will likely never be finished) I found piles of old computer magazines that I refused to throw away. Old CGWs, old Byte magazines, and every Softalk magazine from #1 to the last one they published. So how about a thread with photos or scans from old mags that represent how things were in the old days?

I’ll start with a few from an old Softalk (bonus if you can guess the year!) Here’s the list of the top 30 selling software titles from this magazine’s year: 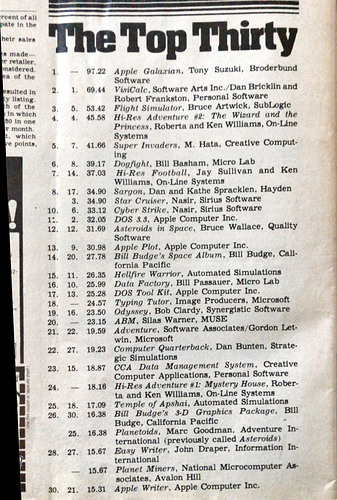 The back inside cover of the same magazine: Lord British’s first game. Before Ultima. I remember playing this one and being amazed, black and white line drawings, but 3D dungeons! Animated monsters (well, they were static but they moved toward you at about 1 frame per 2 seconds.) But you went to the king on the 2D simple map, then found a dungeon (and X on the map) and went down to kill however many whatevers you were tasked to kill, then went back to the king for your reward, It was thrilling and excited - really! 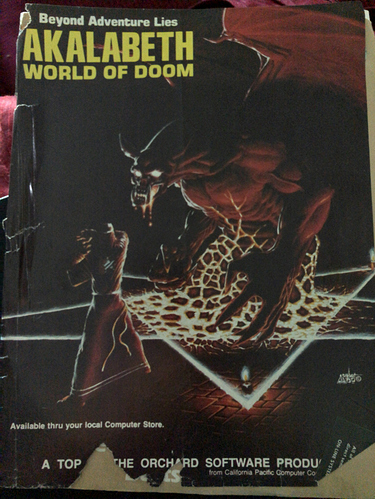 Damn… trying to figure out how many of those I played. 7 or 8, maybe?

bonus if you can guess the year!)

That looks like before I got into gaming, so I will say 1982?

The precursor to Sierra.

I had so so many hours of my life invested into Temple of Apshai and Hellfire Warrior as a kid! Though I played both on the Atari home computer systems (I had an 800XL and later a 130XE) not the TRS-80 they were originally released for.

Given that Apshai predated Akalabeth by a few months (1979), but Hellfire Warrior was the sequel and wasn’t released until the following yer, I am going to say the date on this list is late 1980? September maybe? I would have been 10 years old!

These are from the Feb 1981 issue. I’m really getting lost in reading of these and remembering what it was like back then.

What was your favorite move? I think mine was Slash | File | Delete

I played 15 including Apple Writer and Visicalc. In 1983, I started working for VisiCorp. My favorites were Galaxian, Sargon, Computer Quarterback, Hi Res Adventure, and Planet Miners.

I have to find the review in Softalk where they review Microsoft’s Multiplan. As I recall, they summed up by saying something along the lines of this is a nice program, but let’s face it, Microsoft is no Visicorp.

OK, a little more. Back in those days, the mainstream mags like Softalk had regular columns on things like Assembly language programming. Because computer weren’t the “appliances” they are today: 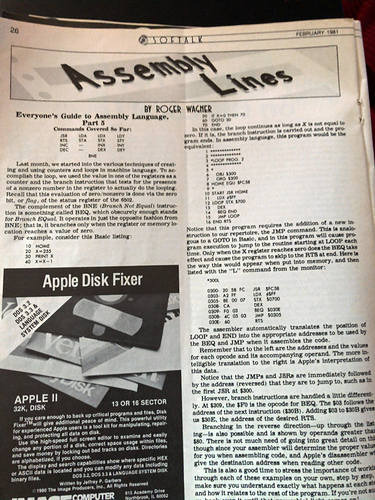 The first real color adventure game. Wizard and the Princess. “The most ambitious graphic game every written for the Apple! 21 colors!!!”

Who remembers the snake? And how to get around it/kill it? 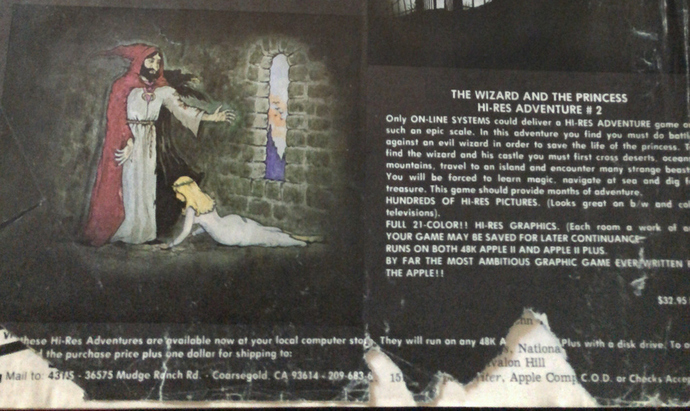 Also, there was a problem with how to accomplish the Wizard and the Princess. The Apple 5.25 floppy disk drive was only about 140K per floppy. Later games would come on multiple floppies (more on the most famous of those later.) Even at only 21 colors per screen, the disk could not hold anywhere near all of the screens in the game (each scene was a different picture, and there was even some crude animation on a couple like the snake flicking its tongue - scared the crap out of me when he did that!) So what Ken and Roberta Williams did was brilliant: They created a graphic program that would draw each picture as you loaded it. So all the game had to load was that program and then the instructions for each screen. So each screen was drawn in front of your eyes. Later they released that program for sale.

I remember trying to cross a chasm. I could NOT figure it out. You find two pieces of paper with something drawn on each. I drew on two real pieces of paper what you found. I stared at both of them for days trying to figure it out. No internet, no spoilers/cheats, no message boards of any kind back then. Then one day, drinking a cup of coffee at my desk in the lab (I was in grad school) I accidentally put the two pieces of paper side by side in just the right way (I think one above the other) on my desk and saw it spelled a word! I was SO excited I could not wait for the day to be over. Got home, started the program (it was also revolutionary in having a simple save function) and got to the chasm and typed the word. A pause, then a bridge across the chasm. One of my most treasured moments in my PC gaming life!

the most famous of those

And just for fun, since that issue has an ad for Akalabeth, the predecessor for Ultima -I beat the game, called a number and talked to what I assume was “Lord British” as he was known back then, and he took my address and was supposed to send me a T shirt. He never did. :( 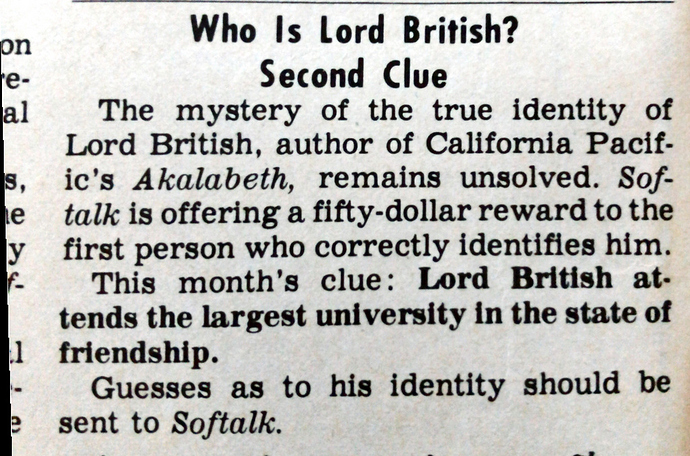 Time Zone it was! I think it was on 6 floppies. Unheard of back then. You’d swap floppies when it told you to.