Inspired by the other thread: 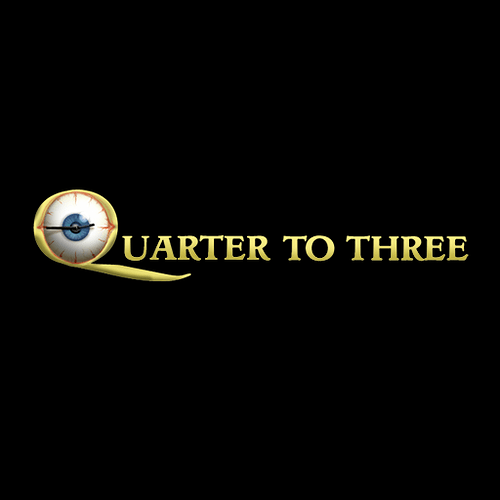 So first up is a really nice looking 90’s platform style adventure by Magnetic Realms called ‘Inescapable’. Available DRM free from this link:

RPS write up here if you didn’t read it yet:

Is an i-phone game, but according to RPS also getting a PC remix version which looks very nice in that puzzle-space-chilling way:

The Calm Of A Dying Sun: Solar Flux

It’s hard to believe, but there are parts of space that aren’t full of gigantic ships firing lasers at one another, or heavily armoured marine boarding parties burning gibbering monsters to a crisp. I know it sounds improbable but it’s true....

Let’s juice this thread up with a chat about Not on Steam games.

The first game that caught my eye was Tiny Barbarian DX. It’s an attractive 2D pixel platformer with melee combat and boss fights. I was instantly intrigued by the trailer. Unfortunately most of the gameplay videos on YouTube seem to be the early boring levels. This is the type of game that isn’t necessarily good just because it looks good. It has to be good too. It’s hard to tell from the videos. Did anyone play it from the Kickstarter?

The more immediately exciting game I noticed was Aces Wild. It’s a beat-em-up that I’ve seen described as bullet hell, 2D Bayonetta, and Super Smash Bros Melee all rolled into one. I only understand one and a half of those. It’s designed around a risk-reward scoring system. It sounds incredibly difficult, but getting better seems to be the point. I’m almost 99% sure I will try this after my great luck with One Finger Death Punch, even though that game was much simpler.

Suggest a game for my gamepad

Or check out the demo for Aces Wild, an indie fighting game that uses both sticks.

Yet I was surprised when I saw it on notonsteam.com today. I must have seen it on TIGSource and forgot about it due to the long development time. Also, it doesn’t appear to use both analog sticks. Not sure what I was thinking.

Anything else catch your eyeballs?

Oh cool, there’s a demo for Aces Wild. I swear that wasn’t there earlier.

I was a little put off at first by the amount of button mashing you need to do on the basic attack to build meter. The first boss fight is also quite difficult. Once I started learning to dodge, dash, charge, and attack, it became incredibly satisfying. But I still haven’t beaten him! It doesn’t help my pride that he’s a dog named Barkley. Tomorrow I will get him.

Aha! I was just coming here to post about the Not On Steam indy thing, so well done Sir! As for PC brawlers, have you been keeping up with GoG as they had recently got a bunch of odd-ball looking indy brawlers (mexican wrestlers type stuff?)? ‘Guacamelee! Gold Edition’ was the name, plus maybe Volgar the Viking (more platform game perhaps)?

There are some great looking games on that Not On Steam sale, it’s going to take a while to sort through them all.

I will probably buy Guacamelee after a moderate sale. That’s another one where the concept is there but I can’t tell from videos if the gameplay is that good or not. Volgar the Viking looks like a Kickstarter game, which I suppose is appropriate for this thread.

I played the original freeware version of Tiny Barbarian, and it was well enough designed that it stuck in my mind even though combat platformers are not really my thing. I haven’t pulled the trigger on the new one, but I’m tempted.

I grabbed The Sea Will Claim Everything because it has some good indie cred. So far… it’s alright, but not great. Writing that’s sometimes good and sometimes irritatingly twee. I like the hand-drawn artwork. But it makes me remember the still unreleased Gorogoa, which I thought was amazing and this doesn’t hold up in comparison.

Cool, i didn’t know about Gorogoa, looks beautiful and one i’ll keep an eye on :)

Prison Architect is probably known by most of us, but just in case, and more because i have yet to try it and tend to forget all these Indy games all the time, i’ll stick some info’s here:

And some latest news on the updates from RPS:

If you’ve been playing Introversion’s Prison Architect, you might have noticed that it was a tough game. Like, unfairly tough. And being overall nice peeps, you’d have shrugged and thought “Hey, I’m sure it’ll all work out”. You’re nice. I like you....

And an RPS opinion: I returned to Democracy 3 in an attempt to put right the wrongs of my previous administration. On my first visit, I broke Britain, crushing its culture and creating a country reminiscent of Clockwork Orange, filled with gangs and ultraviolence....

Just saw that Creeper World 3 has been released. If you like tower defense games but are tired of the standard formula, the previous games in the series are well, well, WELL worth your time. They deserve a lot more recognition. Interestingly, CW1 and CW2 are totally different, in that one is top down and the other is side scrolling. But both are about fighting a blob of fluid-dynamic goo. It looks like maybe CW3 is going back to top down, but I’m not sure about that. And the new one says something about a billion levels? I guess it must have some kind of procedural system? I can’t wait to find out.

I will (shamelessly) mention it here since it seems appropriate.

If there are those of you who like the 2D Sandbox games and/or platformers, then we’re getting ready for full release. We’ve made the game available and it’s fully playable from beginning to end. A few people have even picked it up. Youtube videos are starting to pop up by some fans of the game, so you can find enough videos to decide if it’s your thing or not. Finally breaking past the ‘Terraria’ Trolls…

For some reason i’ve only just stumbled across this now? Or maybe i had come across it previously but it wasn’t great or free (it is now free it seems). So anyone else know about ‘UFO: Alien Invasion’, is it any good in comparison to the original X-com? Or just another one of those recent attempts that didn’t do the whole package?

Just saw that Creeper World 3 has been released. If you like tower defense games but are tired of the standard formula, the previous games in the series are well, well, WELL worth your time. They deserve a lot more recognition.

I had no idea Knuckle Cracker was working on CW3, so thanks for posting this. Certainly the most interesting series of tower defense games (they’re a bit like Harvest: Massive Encounter). Instabuy.

That DOES look nice! Thanks!

Not to be pedantic, but if you KNOW a game is awesome, post it to the Little Indie Games Worth Playing thread. (Well, okay, looks like there are already a couple threads just on Teleglitch.)

Well i know this game is awesome, but i’ve yet to play it:

And the dev is doing a new game, Beeswing (currently a kickstarter) which is mentioned on RPS: Beeswing Is A Handcrafted, Earthbound-Inspired Mini-Epic

Although maybe un-epic would be a better descriptor. Beeswing is the latest labor of love and ceaselessly wonderful oddity from gaming’s most thoughtful madman, Jack King-Spooner. Previously, his mighty brain egg hatched to unleash the likes of...