I’ve stumbled upon it just because I play their other games. This would have never popped up on my steam page. I’d need to do some arithmetical acrobatics to get anything but strategy games listed :-) That’s why I’m fond of this thread.

I can’t believe you guys haven’t been playing the best breakout game of the last 20 years :0
It is available for old Macintosh computers too, on their site, if they didn’t take it down in all its geocities gif colourful glory!

Sable is out now, and still looks very interesting to me.

And it’s on Game Pass! If you’re into that sort of thing.

Sable is out now, and still looks very interesting to me.

Sable is excellent so far. Heavy on the exploration, and scaling weird, abandoned structures.

I commented on Sable in the GP thread, but I’ll talk about it here now that I’ve finished it (no spoilers).

It took about 16 hours. I got almost all the achievements- I didn’t get one of the masks, partially because it was kind of bugged, and I didn’t want it, anyway. And I didn’t do the collection quest to the end. I got through 4 stages of it, and when there was a fifth, I noped out.

I really liked the game. The aesthetic was great, of course, like an ‘80s euro science-fantasy comic book come to life (though without the usual’ adult’ content), but more than that, the design was great. We were taking on the TTRPG thread a few months back about an essay Vincent Baker wrote, that he included this Ursula K LeGuin quote:

Conflict is one kind of behavior. There are others, equally important in any human life, such as relating, finding, losing, bearing, discovering, parting, changing.

and you know? That feels like the guiding design principle of this game. The game focuses on all those things (some more than others, of course), and leaves out conflict (except perhaps the protagonist’s internal monologe, occasionally).

It isn’t perfect, of course. The quest design is mostly simplistic, as are most of the puzzles. The characters all have nice personalities, as far as they go… which is not very. And yeah, there’s bugs. Nothing truly game-breaking, but they can be confusing and/or annoying- a lot of the bugs are related to menus, mostly buying and selling, but for a while I had problems coloring the parts of my bike. The framerate hitches. Riding the bike can be goofy, and whistling for it basically didn’t work at all. But again, those were all just minor annoyances.

I’d love to see what the team can do to expand this whole concept and world. Learning how their society works, and the history of the people on the planet was really neat.

I’m waiting until they patch Sable a bit more, they mentioned they have two updates coming.

Yeah it seemed pretty buggy/janky when I played it so I put it down.

Patch was out for Sable when I looked this morning, at least on Xbox. Hoverbike seems smoother, at least. Framerate maybe a little, too?

This looks great, like a deeper Quantum League, with turn-based and simultaneous modes, 1v1 and 2v2. I’m currently watching Psychoghost stream it. Also on Xbox Game Pass for PC now.

Bloodroots (in Gamepass) a neat and cool action game. Try it!

DwarfHeim has left Early Access. Online-only, but there’s a friend-pass version for co-op.

This is out tomorrow. No reviews or impressions yet but I played the demo and quite liked it.

This one is excellent, can confirm.

As usual with those guys, eh!

Like The D&D cartoon and Scrabble had a baby, meet Tomes and Quests

It’s out! I’ve had that one wishlisted for awhile, looks right up my alley. Thanks for the notice!

Love the Tim Burton vibes! Out on Oct 20! 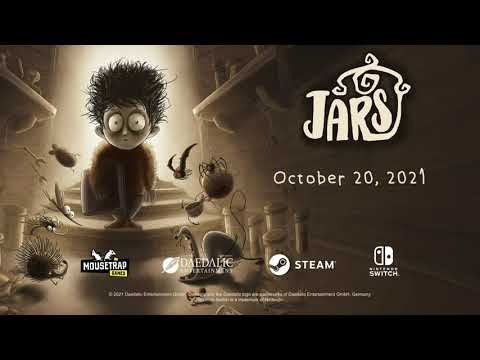