I somehow never got into HOMM

You missed out! Just hearing the name gives me warm feelings. HoMM2 and then HoMM2 with the expansion (and new town opera music!) were just the best. I’ll have to think about this, but probably the most pleasant feel-good games I’ve ever played. 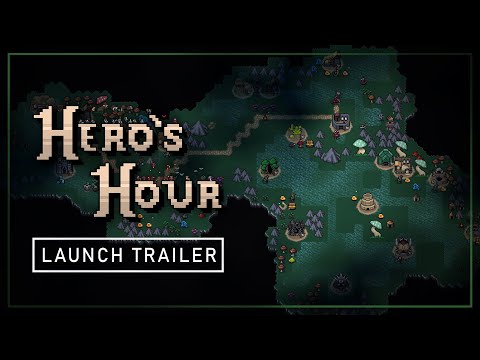 Humanity didn’t realize until today, but those are two words that have belonged together since the dawn of time. Whatever Intergalactic Fishing is, it needs to be on my hard drive right now.

Big update for Intergalactic Fishing today that adds, above all else, gamepad support, and it’s a literal gamechanger for it. 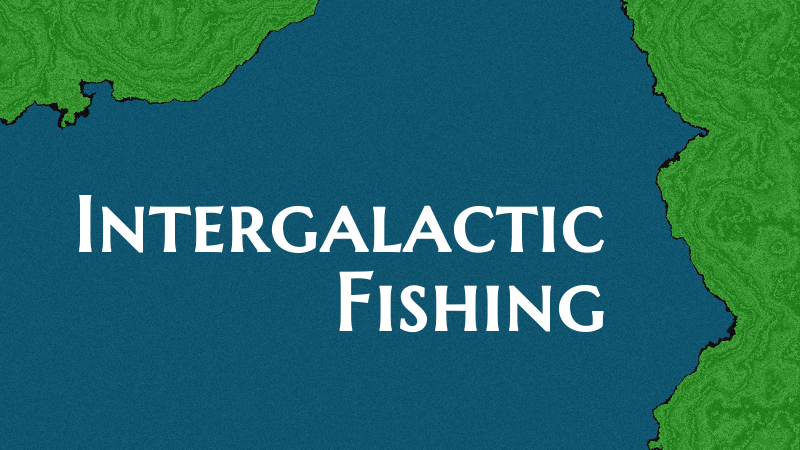 With version 1.4, Intergalactic Fishing adds gamepad support! The game should be fully playable with just a compatible gamepad and you should also be able to seamlessly switch between using a gamepad and mouse/keyboard if you would like. The update...

So small, yet so great.

So small, yet so great.

Yes, I have and I like it! to quote my post from earlier in this thread " I bought Hero’s Hour on itch.io (just $10) and can start to answer some of my questions about the differences:
There is a larger range of things to build in each city, and the pre-requisties chain for the buildings is randomized. There are more overland buildings, and their type and placement is randomize, as are the maps themselves. There are a lot more factions. And troops from in-map troop generators automically flow to your buildings, dont need to go get them- I think this may have been a feature in Homm4?
Its an auto-battler, which is fine with me, but I wish there was more detailed feedback about whats going on, I find it hard to follow the battles."

I had a great time with the pre-release version so I bought a new copy on Steam; when my Steam key arrives for the version I bought before I’ll give it to my son.
Right now my biggest complaint is that when the number of distinct unit types in an army gets large, the roster display become incredibly small, which makes it hard to do the pre-battle allocation of troops into first wave and reserve. This doesnt keep me from planning to play more on my lunch break today:)

Explorminate interviewed the developer of Hero’s Hour a few weeks back: https://explorminate.co/interview-with-the-developer-of-heros-hour/

The Iron Oath by Curious Panda Games looks interesting. Another open world, turn-based tactical RPG mercenary game perhaps for the rest of us that rage quit Battle Brothers too many times. Your band ages over time and retire if you don’t get them killed. It has a demo.

Looks pretty, I watched a bit of Splattercat playing. One thing that seems strange, you can kick an enemy so they fall into a chasm but the enemy immediately reappears though somewhat damaged. Wondered what is the point of that?

Rob at eXplorminate seems quite taken with what the demo offers. 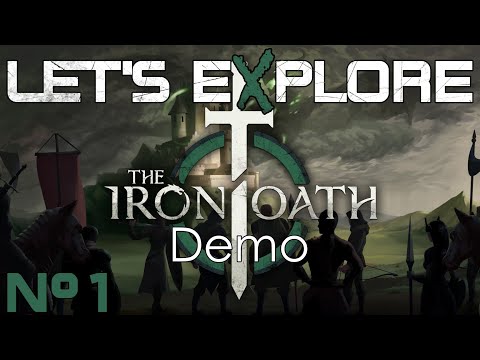 I decided to give The Iron Oath demo a try. Hmmm, what name should I give my company of mercs?

Diplomacy is not an Option is in early access and looks promising. Castle builder, tower defense with a low poly luster. Hold off waves of angry peasants with their dirty rakes, or join the rebellion and throw off the yoke of oppression. 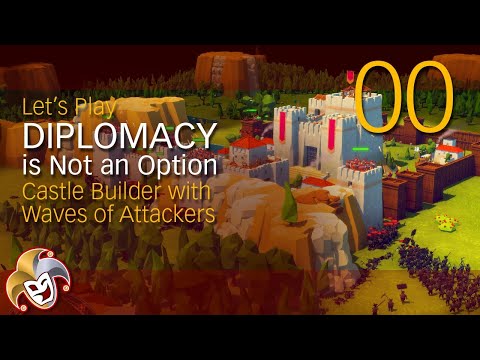 In any case, I am very happy they’re back.

While I think it’s a nice development, personally I don’t find it terribly useful having access to a demo for games still in EA.

Yeah, which I think itself really comes from the value that’s emerged in wishlisting games on Steam. You notice how hard every dev pushes wishlisting. It’s because without it, you can hear about a game and then completely forget about it by the time it launches or by the time it goes on sale on Steam. Demos make a lot of sense in a wishlisting ecosystem.

As someone who’s helping a dev bring his game to Steam, I can totally get behind the value of wishlists. It’s a real indicator of interest.

Oh, I hadn’t thought of the possible influence of returns. How many players actually return Steam games, though? I’d be curious to see numbers. Probably I will underestimate it because it’s not a thing I’ve ever done.

This does raise an important point, though, that demos in themselves aren’t cheap to make–especially for small teams. It seems like it should be easy, and in some particular games it might be relatively easy. But sectioning off a demo portion of a game, not sharing content files that might give away full-game features or story, and testing it to make sure it works as expected… these things take a surprising amount of time. Now that demos are becoming really common marketing tools again, I expect we’ll have something similar to the classic “E3-demo delay” scenario games had in the early 00s, where having to show something cool off at E3 would derail projects for months.