The Augmented Steam browser plugin does this (and lots of other handy things and customizations). You can edit notes on Steam wishlist and store pages. I use it extensively.

You mean… that he puts efforts on it?

I recently tried Starsector again (every two years, which is about as long as each medium sized patch takes to get released).
It put me in a mood for more Pirates! style open world-ish strategy. With factions and the player having impact on the world. Is there a genre name for that?

As game examples the various Mount & Blades come to mind, the Port Royale series to some extend, and of course the different Pirates! versions themselves. Any other examples worth playing?

I-War 2 is great for piracy.

It put me in a mood for more Pirates! style open world-ish strategy. With factions and the player having impact on the world. Is there a genre name for that?

As game examples the various Mount & Blades come to mind, the Port Royale series to some extend, and of course the different Pirates! versions themselves. Any other examples worth playing?

This is going to sound like it’s out of left field, but Phoenix Point with all the DLC enabled feels a bit like a Pirates! game to me. It’s a big crazy open world with three factions battling for control and your little ships with their crews sailing around trying to secure a victory within the context of the three warring factions.

It’s even got base-building and tactical combat. :)

There’s an indie game called Horizon’s Gate that’s got some of what you’re looking for. Kind of a fantasy pirates thing with more of an overarching plot.

If we’re going that route, the recent iteration of Sid Meier’s Pirates still holds up great.

It put me in a mood for more Pirates! style open world-ish strategy. With factions and the player having impact on the world. Is there a genre name for that?

If you’re okay with everything being turn based, there’s this:

For a more action-y Starsector, there’s the (free) Endless Sky:

Thanks for the suggestions. The closest to what I was looking for Pirates! or Mount & Blade. Factions on a map (doesn’t have to be super big, in fact smaller is probably better) that interact, wage war and capture territory with and without the player.
I lot of games have factions interacting narratively, but not implemented as a game system.
Sorry if my demand is too specific. :P

I love Horizon’s Gate (see next post, my recommendation from another thread). The exploration is satisfying and I like the combat and class design. The factions are very static though and while the great patch support added some notable map impact with outposts and harbour management it’s still a bit static.

Do the factions in Phoenix Point actually act on their own? Do havens ever change hands (also with the aliens) or do they just get raided/destroyed? I can actually see the game being a good baseline for the “factions with the player tipping the scales” gameplay I was looking for, but don’t remember the base version of Phoenix Point really utilizing that direction at all.

I was really looking forward to Vagrus. I made the thread in this forum about it too. I was very disappointed with the actual game though for a whole bunch of reasons. I haven’t tried recently but the factions in that one are completely static still, right? Locations are story locations not interactables in a strategic approach.

Endless Sky & Escape Velocity do fit the open world part. But they don’t have an interactable/changable map. All faction interaction is story/quest related, not mechanical IIRC.

Starsector does have a lot of promise and a bunch of neat ideas but it doesn’t come together at all in enjoyable gameplay for me. Individual systems like the space combat, colony and player-faction management, the factions procedurally fighting/conquering each other are interesting, but they absolutely clash with each other and every other game system they touch. The whole thing just doesn’t come together.

I do remember liking the official Pirates remake and it is specifically what I asked for… hmm. 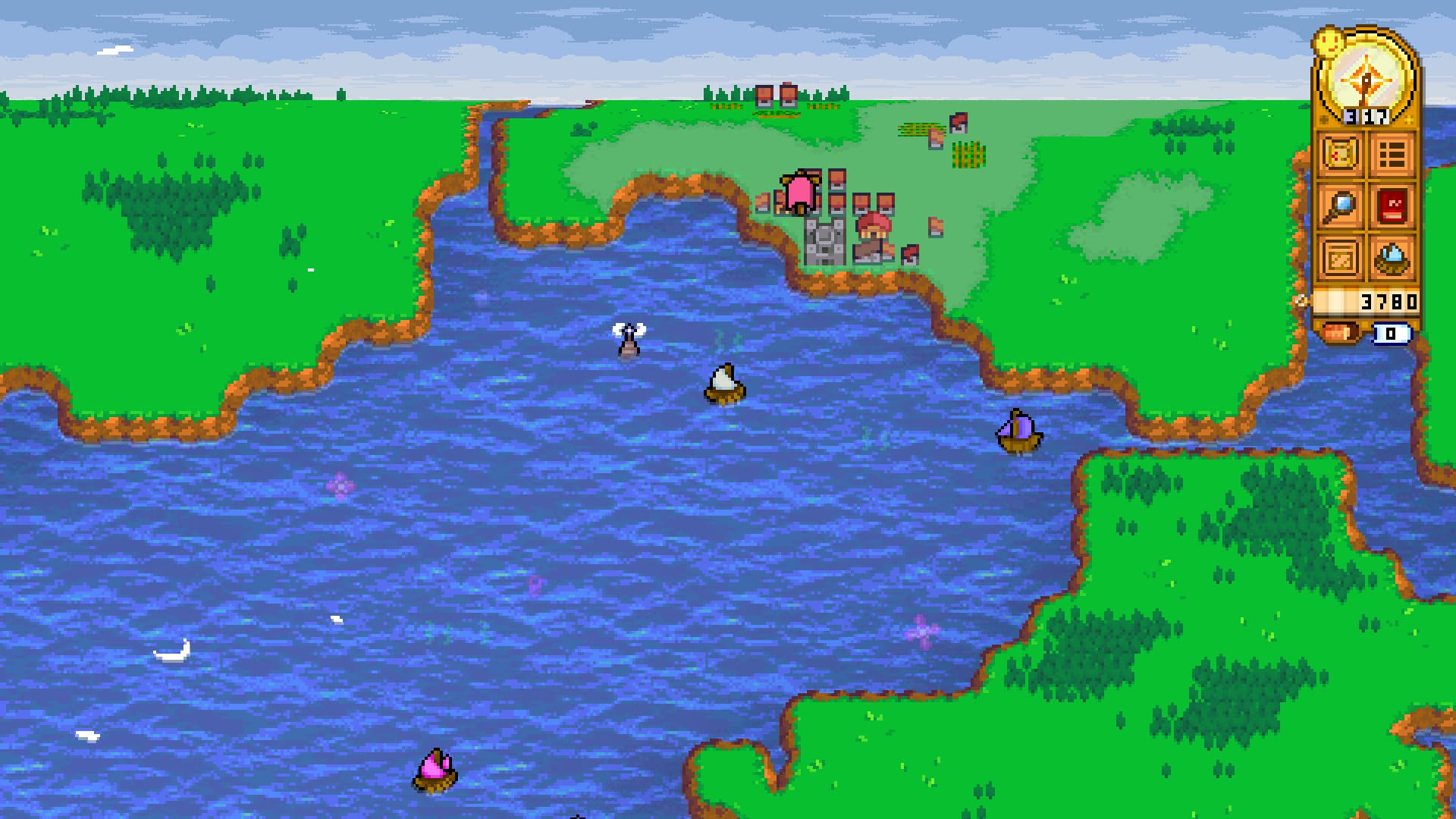 Horizon’s Gate is the third turn-based tactical RPG from the developer. Like the previous games it is intentionally minimalistic in many ways but also features noteworthy twists and additions.
In Horizon’s Gate’s case that includes an open “Age of Sail” world which you explore, trade, earn faction favour and fight in. In addition to party based combat you also manage, upgrade and fight ship and fleet battles in a similar RPG fashion.

Graphically it might look so simple as to be repulsive. I must admit that the series had a “yuck, RPG-maker stuff?!” reaction from me at first (It’s not actually RPGmaker though :P). That look not only is sufficient but actually serves the scope and intent of the game however. Horizon’s Gate’s very intentional minimalism covers all aspects starting with the RPG mechanics leading into the combat, the exploration, the story and many other things.
In almost all cases it to the benefit of the game. For instance, compared to it’s predecessor in the series the Final Fantasy Tactics inspired job system got notably reduced by almost half the number of skills. Which greatly improved the end result as now there are much fewer basically identical or outright useless skills. This gives the different jobs more distinct a personality and impact.

The combat features tile and shape based skills with lots of effects and interactions. The gear system is as successfully simple yet effective as much the rest of the game. Enemies are distinct both within player-available job system and with special monster classes/abilities.

The game features well done hand crafted locations. Ports have distinct flavour and the hand crafted story and optional dungeons have clear and purposeful design that makes them a joy to explore and complete. A number of randomly populated “points of interest” are belying their name and are much less interesting, basically only being a room with random enemies.

I personally really like the exploration part. You uncover the world map for minor financial gain. Some parts of the map are also pretty empty. But I still find it really satisfying and there are enough ports, hidden dungeons and random fights to keep it interesting with combat as well.

The developer is very actively patching the game, including noteworthy balance reworks, technical upgrades and mechanical additions.
For instance supply ports. Some of the less populated parts of the map still needed options for the player to resupply. Initially those were supply ports, just a building where you could buy basic supplies. In a patch this got upgraded and you can now settle those ports yourself, choosing to build the various functional buildings and decide on flavour like colours and music.

I tried to sell several people on my Steam friends list on this game, with extremely limited success. On the whole this is a well intentioned, well designed and well executed experience after you overcome the initial repulsion. I highly recommend it. 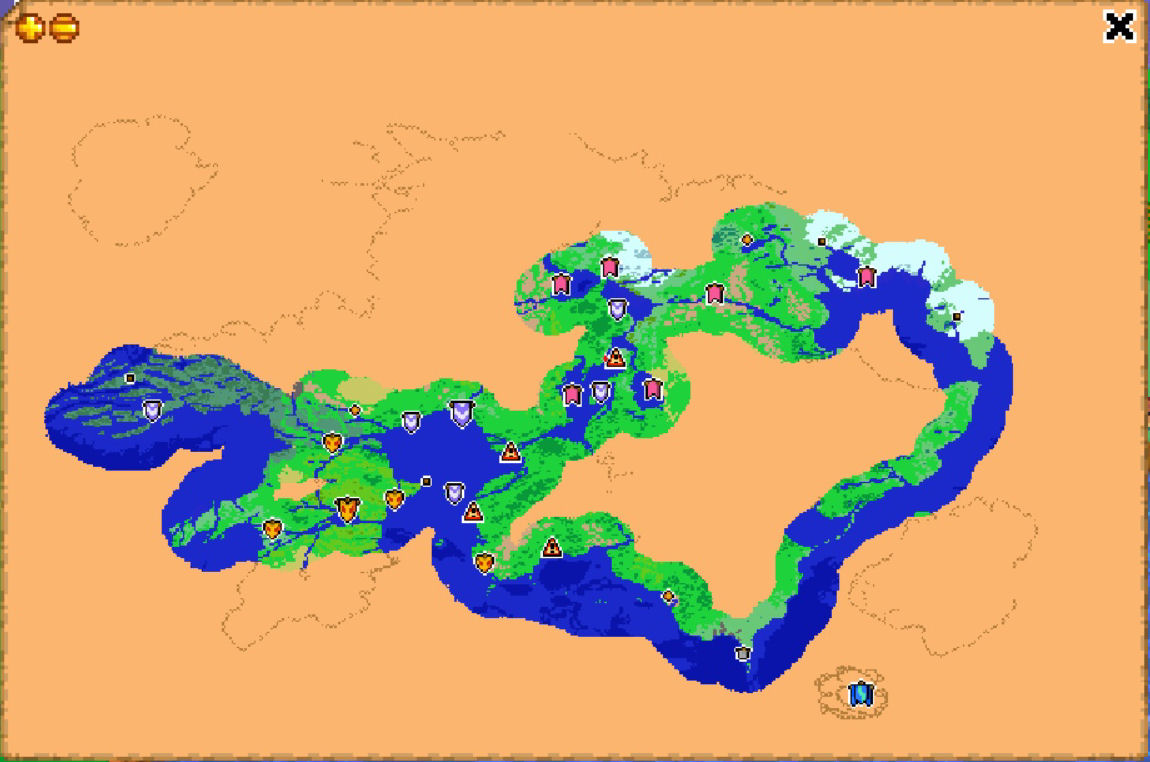 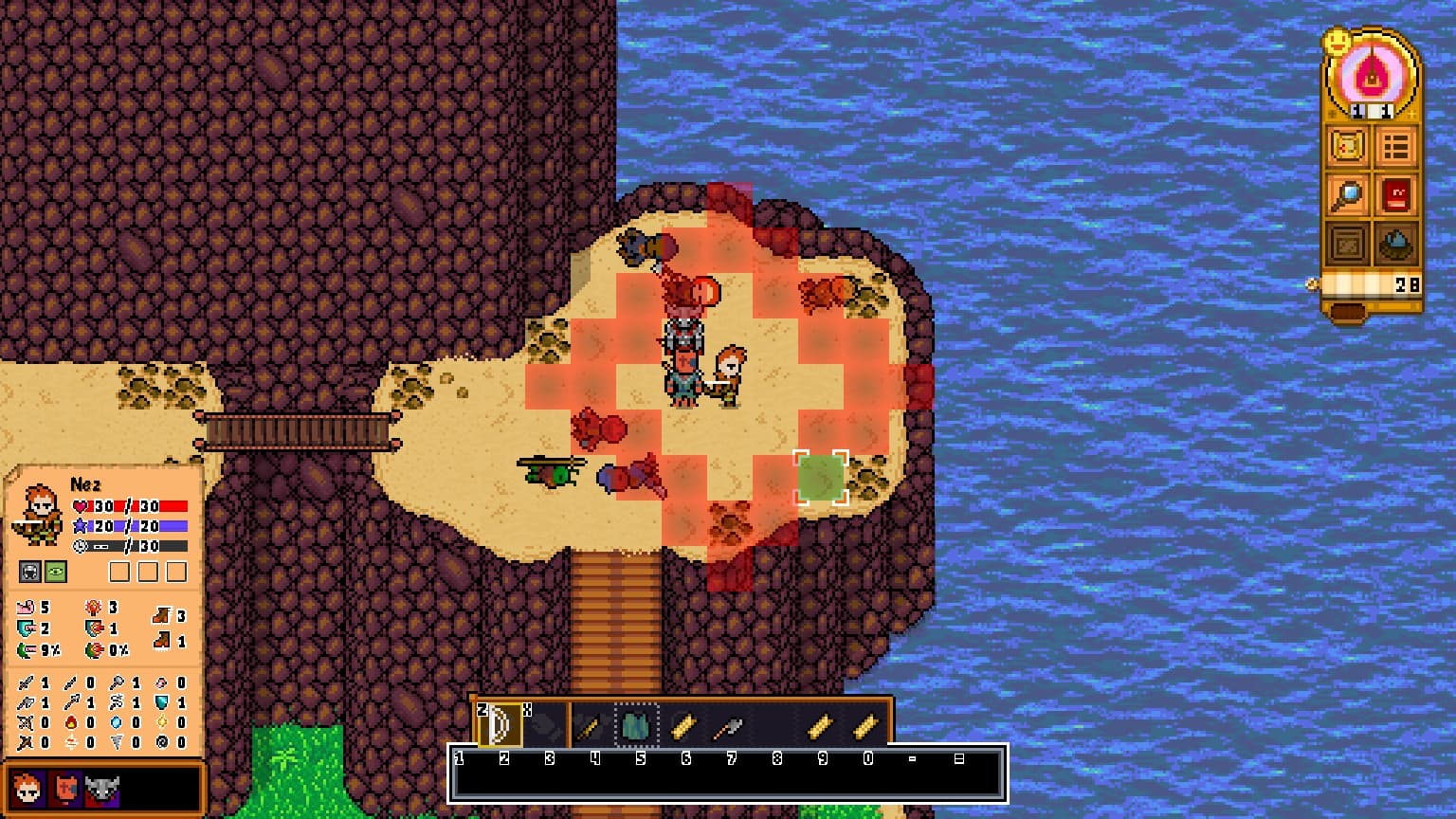 There is a thread for it and some people have notably more positive impressions of the game than me.

Played it some more and I really like this game. Just keep in mind that where the Sunless games are designed so you can’t/shouldn’t grind trade missions, this game pretty much requires it. Expect to put up with some repetitive gameplay.

Yes and no. There IS a story, but between story beats you have a lot of freedom to go out there and do what you want. Not much in the way of factions either.

I haven’t tried recently but the factions in that one are completely static still, right? Locations are story locations not interactables in a strategic approach.

Yeah, static for the most part – a faction’s influence in a location can change but only through late game story actions. Factions also can’t “own” a location, since they’re chartered groups in the evil empire that actually controls the whole map. It still doesn’t have what you’re looking for.

Has anyone tried My Lovely Daughter? It seems to be suitably twisted, and there’s a sequel on the horizon, but I’m wondering if the game play is worth it.

I’ve been waiting forever for this to go on sale, but it seems like Horizon’s Gate goes on sale, like once a year.

Factions on a map (doesn’t have to be super big, in fact smaller is probably better) that interact, wage war and capture territory with and without the player.

Isn’t this what Drox Operative is all about? (I haven’t played it, just heard about it.)