There is a thread for it and some people have notably more positive impressions of the game than me.

Played it some more and I really like this game. Just keep in mind that where the Sunless games are designed so you can’t/shouldn’t grind trade missions, this game pretty much requires it. Expect to put up with some repetitive gameplay.

Yes and no. There IS a story, but between story beats you have a lot of freedom to go out there and do what you want. Not much in the way of factions either.

I haven’t tried recently but the factions in that one are completely static still, right? Locations are story locations not interactables in a strategic approach.

Yeah, static for the most part – a faction’s influence in a location can change but only through late game story actions. Factions also can’t “own” a location, since they’re chartered groups in the evil empire that actually controls the whole map. It still doesn’t have what you’re looking for.

Has anyone tried My Lovely Daughter? It seems to be suitably twisted, and there’s a sequel on the horizon, but I’m wondering if the game play is worth it.

I’ve been waiting forever for this to go on sale, but it seems like Horizon’s Gate goes on sale, like once a year.

Factions on a map (doesn’t have to be super big, in fact smaller is probably better) that interact, wage war and capture territory with and without the player.

Isn’t this what Drox Operative is all about? (I haven’t played it, just heard about it.)

It is in fact exactly what I’m looking for regarding faction gameplay, yes!
I don’t want to be beat up by Brian Rubin so let’s just say it doesn’t quite fit my taste for “playable”.

It reminded me of Space Rangers though, which among text adventures and a weird RTS minigame also had a living open world map for the top down space ship game, and was focused on the player having impact on the greater conflict.

Do the factions in Phoenix Point actually act on their own? Do havens ever change hands (also with the aliens) or do they just get raided/destroyed? I can actually see the game being a good baseline for the “factions with the player tipping the scales” gameplay I was looking for, but don’t remember the base version of Phoenix Point really utilizing that direction at all.

The factions do act on their own! Each one is its own AI system, growing havens, conducting research, developing an economy, responding to threats, and even fighting wars against other factions. They’re basically playing their own base-building game alongside you, and you can watch them as you explore the map and decide which ones to buddy up with and which ones to antagonize. It’s a pretty remarkable system for the player to navigate, especially fleshed out as it is with all the DLC.

I don’t think havens can change hands, though. The whole point of the game is to save humanity, and the clock is literally humanity’s remaining population, measured as a red bar in the upper right hand corner. When a haven is defeated for whatever reason, your punishment is losing that much population, and that much length off the red bar, and now that much less time on the clock. The haven is still useful as a fueling point for flight, but it won’t host human population any longer.

Anyway, I don’t think Phoenix Point is quite what you’re looking for in the context of this discussion, but it’s a very different game from the one we were playing at launch! I am surprised at how much it feels like a Pirates game in which my ships and crews navigate an open world ruled by potentially hostile or friendly factions, and I have lots of room for creative expression in terms of how and where I progress. That part feels very much like Pirates, but the moment to moment tactical combat, which is where you spend most of your time, is still very much an XCOM style game.

The closest to what I was looking for Pirates! or Mount & Blade. Factions on a map (doesn’t have to be super big, in fact smaller is probably better) that interact, wage war and capture territory with and without the player.
I lot of games have factions interacting narratively, but not implemented as a game system.

Have you looked into Kenshi? I haven’t played M&B before, but people compare Kenshi to it often. From what I remember when I played, the various factions will do their own thing. It’s a ton of fun if you can get past the janky looking graphics.

Pirates! is the best game ever made. Play it again is my suggestion ;0
Nothing ever came close. But Mount & Blade was a very worthy attempt. I really enjoy the silly combat

This looks great, thanks!

Open world space trading and combat game with numerous factions fighting a war on the map.

Which has two major factions fighting a war, and you can either join one of them or be an independent trader/racer/cleaner/pirate.

That part feels very much like Pirates, but the moment to moment tactical combat, which is where you spend most of your time, is still very much an XCOM style game

The elevator pitch writes itself:

SkillUp loves it, quotes: “there’s never been a more polished early access survival game on day one” and “awesome combat”, but iffy performance. 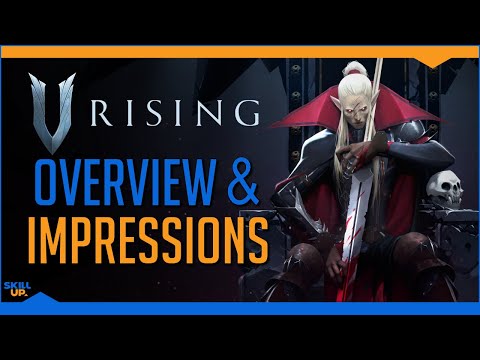 A rare instance of a combination of hype words that I all dislike!

Me, too, except for the vampire part

You’re being dishonest: as if there were vampire-themed digital board games!

I remember a werewolf one on iOS. We had had a game going with the Jumping the Shark crew, and I remember most of us died of old age because there were so many inputs required all the time a single turn would take a week.