Katana Zero as well. Side-scrolling samurai Hotline Miami with VCR aesthetics. But not until 2017.

Hey, when did the Little Indie Games Worth Playing thread get killed? I don’t approve of the hedginess of this thread title! Some little indie games are definitely worth knowing about and some are totally worth playing!

Well, I’m not ready to vouch for this game yet, but I did just play the first level, so I guess it’s in that first category.

Grizzly Games made Superflight, which I posted about a ways up, and is an excellent little gliding-around-rocks game with surprisingly great feel.

Now they’ve made ISLANDERS, and it’s out today for less than $5. It’s a little city-builder, although I think it’s probably most accurately described as a puzzle game. Islands are procedurally generated. You get a set of buildings to build and each one earns you points based off the other buildings or terrain it’s next to. When you get enough points, you get to choose a new set of buildings (each “pack” is very limited–just a handful of individual structures) and you need to squeeze those in in the remaining space to maximize their points. You keep doing that until you can’t get enough points with a pack to unlock the next pack, at which point you’re done. If you’re lucky, you’ve earned enough total points to unlock a new island.

Hey, when did the Little Indie Games Worth Playing thread get killed? I don’t approve of the hedginess of this thread title! Some little indie games are definitely worth knowing about and some are totally worth playing!

@Tom: What happened to the other indie thread? Did you grow tired of the subtle distinction between worth playing and worth knowing about?

I guess this is now the Catch-all Indie Game Mega-Thread?

If anyone wants a new thread title… ;)

It was weird to close the other thread, but the two threads could be made more explicit.

This is the thread for randomly dumping a link to one of the thousands of indie games that are released every 34 minutes that looks somewhat promising.

The other thread was for indie games that someone had bothered to play and can specifically vouch for. (Heh, I just scrolled up and I saw Nightgaunt used the same term!)

Islanders looks really cool, but I wish it were on iOS.

Subscribed, with a reminder to play more Distance. ;)

Also, this procedural stealth game is kind of amazing.

Don’t have a key code to unlock a door? Hack a car and drive it through the door. Or use a bomb. Or find a secret entrance. Or…

“Grow stronger with every defeat”

This game seems loaded with charm.

Expectations shall not be tempered!

I was thinking this was the new title from the guys who did Curious Expedition, but I guess not. Still watching with interest.

It’s by the guys who did Halfway, which was a potentially really great sci-fi strategy game, but which I bounced off because it was rock hard. I mean, I couldn’t even beat the first mission! It had that level of difficulty that turned it into a puzzle game rather than a tactical game. Pity because otherwise it was great, so I hope Pathway has learned from this. Of course, it could be because I suck at tactical strategy games, but I hope that’s not the case. :)

Incidentally their next game will likely be called Hallway, Walkway, or All the Way.

Oh I like those pixels! I am in on this one. Sort of a Curious expedition with more tactical combat.

Dammit my first island I was 1 point short! 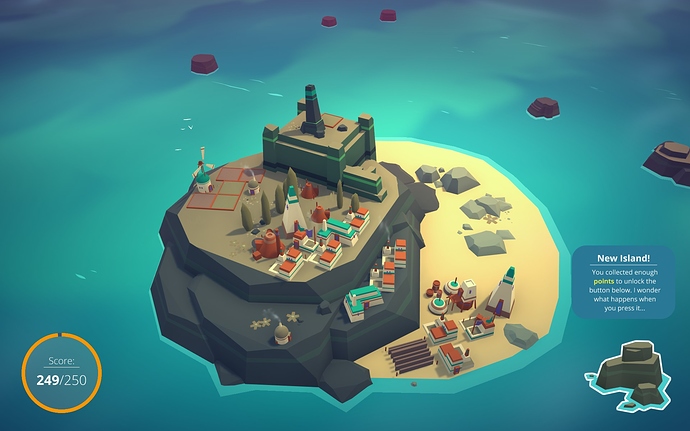 Steam link which I didn’t see posted up thread yet.