It has a demo now, and it is dope as fuck. I mean, I would say that, because this is basically Resident Evil through a Thief filter and those are two of my of my favourite things, but still.

Wow, it’s even not afraid to LOOK like Thief! (That’s not a backhanded compliment, I should say. I think nostalgia and tone are more effective than realism.)

I mean you can never accuse newblood about being subtle with their influenves - they literally registered the url thiefwithguns.com for this.

I tried the demo of this, and it’s very slick, but the screen shaking can’t be disabled.

Something Ate My Alien is SO GOOD YOU GUYS.

Taking inspiration from classics such as Quarantine and Crazy Taxi

Prooobably gonna buy it if I don’t get the key I asked for so I can stream it. ;)

Something Ate My Alien is SO GOOD YOU GUYS.

Not a game per se but an emulator that makes NES games pseudo-3D. RPS did a little blurb on it this morning:

Myth clone, has a demo.

Myth clone, has a demo.

Streaming this on Tuesday! Can’t wait!

DungeonTop released? Anyone know if they have made the balance better?

Throwing in a recommend for Spellsword Cards: DungeonTop. If offers an interesting mix of deck building and turn-based tactical battles within a consistently dark fantasy setting. The only thing I can directly compare it to is Trials of Fire, which I would recommend more highly, but they are distinctly different games. Both have distinctive, creative tactical combat to apply your deck to and neither are heavy on puzzles, instead you have lots of options for how to play.

DungeonTop released? Anyone know if they have made the balance better?

Hmm, better than what? :-P I have completed maybe 3-4 runs. Only one of those with an steam-rolling deck, the others with decks that did just well enough. I have probably failed double that number of times. And you know, I am a freaking mastermind at these games

Developer Dire Wolf did a good job with Raiders of the North Sea and Yellow & Yangtze. I spent a little time with the beta, and it seems pretty solid and very polished so far.

Does that game have an option to disable the screen shaking?

Oh, ok. A while back, before the third Clan and floor 4 were released, the game seemed rather easy. I was asking if that had changed.

Across the Grooves is an “interactive graphic novel”. In my head i was writing how it reminded me of a previous game, Seers Isle; only later when i finished driving did i realize it actually was made by the same company, Nova Box.

Set in a contemporary Europe with a hint of magical realism it actually strongly reminds of me of Life is Strange with its particularly French twist far more front and center (there’s even one character that strongly reminds me of a character from LiS). More mature and far less teen its strongpoints are the evocative story-board art style full of lived-in details and references to music culture and the mysterious sublimity of the “vinyl” album. Though there is a crisis at its center and branching paths of choices, the feeling you get is more like watching the waves roll in as evening sets into night, wondering at all the choices made by you and for you, wondering what if.

Cons are that the core composed music, which is supposed to be something special, feels so painfully coffee shop indie that i found it distracting; although narratively as you progress the meaning of the music improves your reception of it if not the performance of it. And like many choose-your-own adventure style interactive games all your choices seem to collapse into themselves at the end. Also replayability rapidly diminishes and if you’re running through it by your 3rd of 4th time you’ll probably not even bother reading and will be mashing the buttons to get to the next dialog branching choice.

Overall i have enjoyed it!! 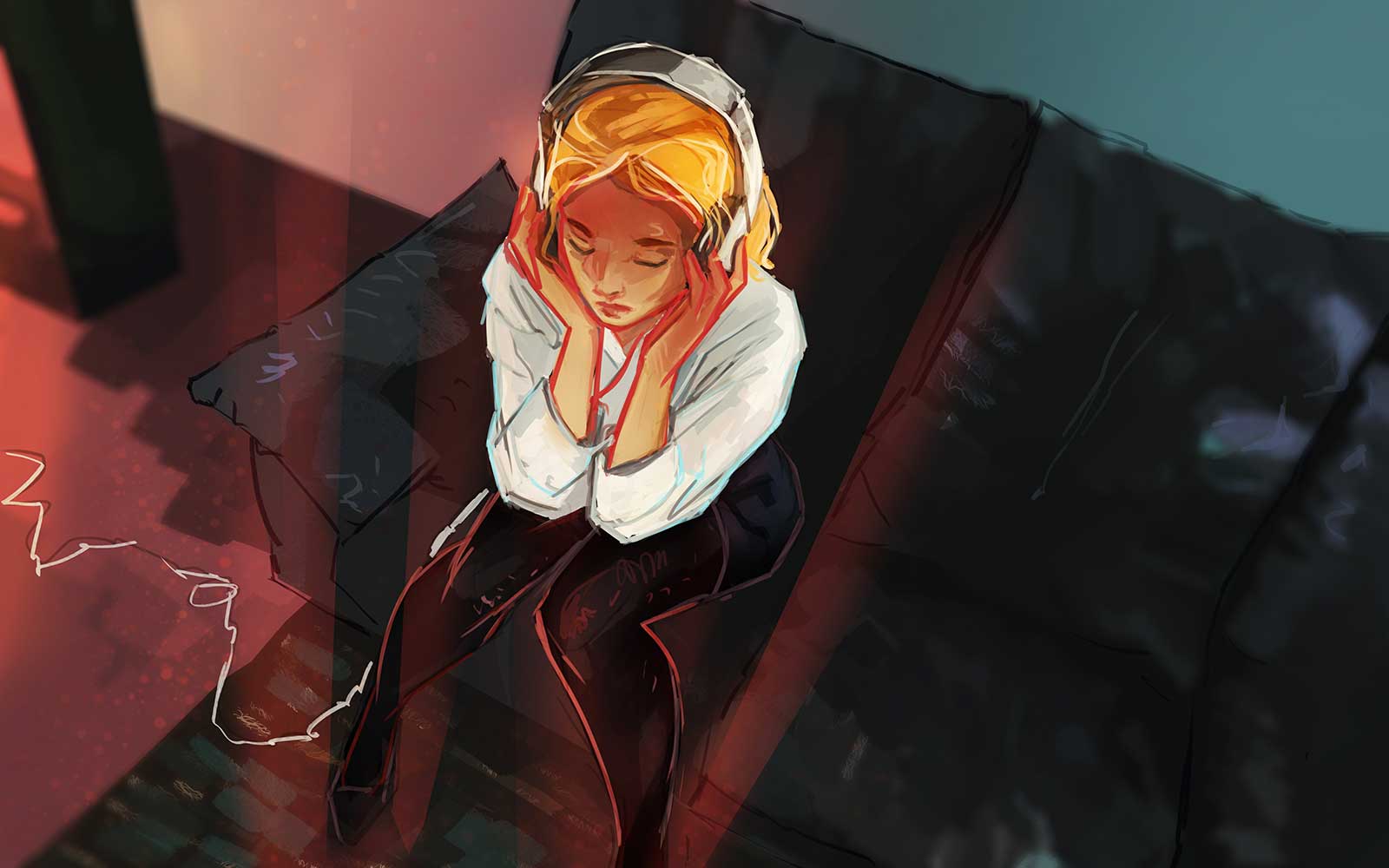 This looks like something different, despite the EU-styled map. Plus there’s a demo.