“The feeling when intelligent is niche”, as they’d say on the internet.

I don’t remember how to pull up the weapon menu. Is it listed in the hotkeys? I must have glossed over it if so. I don’t remember doing that with the sling, but it’s been a while.

OMG, @justaguy2, you are the worst at paging. You figured out how to do it for some boring-ass ancient Rome game, but not for this cool strategy game?

Waiting for the explanatory video, thanks in advance!

You had me at Braingoodlike

I don’t remember how to pull up the weapon menu. Is it listed in the hotkeys? I must have glossed over it if so. I don’t remember doing that with the sling, but it’s been a while.

Amazingly my brain has forgotten, but yeah I think it’s tab. Or Q. Um. Anyway there are two menu screens you’ll need, one brings up the current quests and a world map, the other brings up the weapons menu. Check the control bindings, it’ll be in there. You do get a pop up about it at some point but you may have missed it.

Sling is the only weapon that’s defaulted to hotkey 1. You can change that from the weapon menu if you like, though I don’t recommend it. Sling is useful throughout the game.

I played Sable over the weekend, really enjoyed it. It’s a relatively small open world game (I mean small when compared to your average Ubisoft game, it’s got a decent sized game world) with lots of quests to find, people to meet, strange and unusual environments and life. I’m the kind of guy who often plays these large, open world RPGs and kind of wishes there weren’t so many enemies constantly trying to kill me so I can stop and smell the roses and this is just the thing for that - no enemies whatsoever! Just a young girl on a coming-of-age journey to explore and try to figure out what she wants to do when she grows up - part of the quest line is acquiring masks from quest givers, and the final step of the game is choosing a career, i.e. a mask, that you will wear for the rest of your life. It’s interesting stuff, I do recommend it - and it’s on Game Pass if you want to give it a spin.

File Under Kingdom looks like “Tiny Islands On Steroids.”

I’m down for that!

You had me at Braingoodlike

I haven’t actually played it. It just looks like a Braingoodlike. With the addition of… an EMERGENT STORY? Tom’s favorite thing!

I realize I may be the only person amused by these videos, but I’m really enjoying this guy blogging his development of the crazy spider train game. 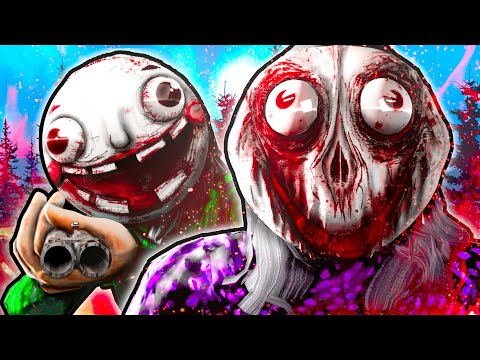 File Under Kingdom looks like “Tiny Islands On Steroids.”

It gets tiring typing out “File Under Kingdom.” I think we should abbreviate it using its initials.

Tiny Islands On Steroids now feels like a nearmiss for very exciting conversations.

Just wait for Alliance of the Sacred Suns

File Under Kingdom does look neat. It’s out but doesn’t have any reviews yet. Someone needs to fix that!

I am playing File Under Kingdom:

The tutorial is well done with one caveat which I will get to in a moment. It teaches you tile by tile in a progression but it also raises the challenge a bit as you go so it is not a given you will be successful each puzzle. I had to restart two puzzles.

I like the artwork and I only made a mistake once choosing the wrong building (I mixed up the Windmill with the Hunter Shack but they are not next to each other on the stamp section so I do not believe I will repeat).

The help screen is very well done. I found myself going to it several times for the various bonuses but if you play for a bit you will remember most of them

The one criticism I have is that I tried to save and you lose all your progression. The game warns you but I thought it meant on the current puzzle but it brought me back to the first tutorial puzzle. Not the end of the world as it is a teaching tutorial but i would have thought for such a neat causal type game it should let me save wherever I want even if it is a tutorial. This is a minor gripe.

I think our @Sonoftgb will love this game!

My one criticism about FUK (from watching videos) are those stamps! I don’t love the stamp imagery. The icons seem hard to read on the low-contrast brown of the stamps, as opposed to the light parchment color of the board.

I’m curious if Tom has any impressions. I guess what I’m saying is… FUK: U, Chick?

I’m interested, but how long is the tutorial? Lengthy ones that prevent saving kind of kills the deal for me

I do not think it is too long. I started late at night and needed to go to bed. If you start at a reasonable time you should be fine. Roughly each stamp is added one at a time. Near the end when you can buy additional map sections is could take you a little longer mainly for thinking it through.