On the fence on this one. On one hand, it’s Early Access from an unknown developer (one man show, I think) with no reviews or forum activity, Plus, the videos on Youtube are less than helpful. OTOH, if it’s halfway decent it would be right up my alley and it’s only 7 magic beans to find out.

Dawn of the Monsters, a Kaiju beat em up from Wayforward and 13AM Games. 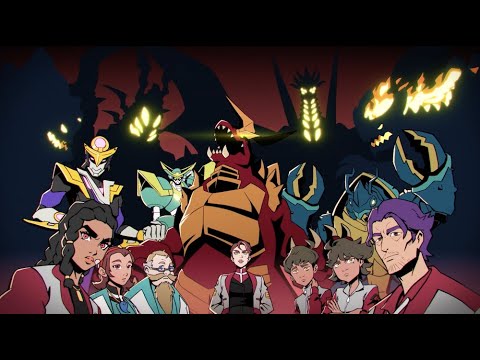 Just grabbed the CK III dlc, so it may be a while before I get to it, but sure. There’s still a lack of forum activity, so that’s not a good sign.

A sequel 10 years in the making:

Another Kaiju game; Mechs V Kaijus. Lane based tower defense game. Steam forums indicate the game is a little buggy in the tutorial. Other than that, seems solid from the reviews.

A game where you play a Viking and you date villages.

Even better: let’s make threads about the games, with the game’s names in the title!

No, this will never catch up here T__T

I highly support that… when one has played the game and has anything substantial to say about it. which I don’t think is usually the case for most things posted in this thread.

Can you guys please start putting the name of the game in your posts please?

Oh, this is a good point! I’ll try to do this every time from now on.

Can you guys please start putting the name of the game in your posts please? Just a humble request.

My workplace firewall blocks the Steam plug-in, so this thread is often just a bunch of blank posts to me.

I was searching for a ‘The Room’ thread, and to my surprise there isn’t any in the forum.

Well, in any case, I wanted to write a thought about the last one, The Room 4. All the games are lovely crafted puzzle games with a cool gothic vibe and satisfying vibe in how one puzzle connects with the next, and this fourth entry in the series is too. The four of them are ‘overwhelmingly positive’ on Steam.
But… damn, if my first impression of this fourth part isn’t “more of the same”. Well, they all are, but I guess that after the past entries, playing this really gives me a ‘I played this exact game before’ feeling. So much that you start to think what’s the point even.

For those who like their Conquest of Gaul short and in 2D, Roma Invicta has released 11th of February (for the others there’s Hegemony Rome). It looks like a fun little game!

The Wandering Village has a playable demo now (for the upcoming Steam festival).

Rome Invicta is a nice game for the money. I hope the developer will continue to work and improve it.

There are a lot of demos for Steam Next.
Besides The Wandering village mentioned above, demos fitting my interests were:

IXION. Frostpunk inspired colony builder on a Space Ark. This is the game’s tutorial & prologue. Seems interesting. Event system and basic needs colony building very similar to Frostpunk indeed. Adds some more mobility and scope with exploration of solar systems (only Sol in the Demo).

Made a good impression, with some polishing work to be done still.


Pixel graphics Battle Brothers with heavy fantasy and magic elements.
Tactical combats disappointed me, dungeon system is weird, a lot of sub-par dialogue to start out.


Ozymandias. Same demo as a month ago? I assume.
Intentionally simple 4X game with a good flow. Some rules and game mechanics could use a better explanation and visualization but overall their goal of creating a short 4X game succeeded.


Oaken, Slay-like with a small tactical map and distinct theme and style.

Looking at the steam page, this is the kind of game I wish I could make, but maybe I’d try something with more modern, “prettier” graphics, as I am not that much in to pixel graphics.

A higher fantasy Battle Brothers in the Unreal Engine, that is what I wish I could do.

Ozymandias. Same demo as a month ago? I assume.
Intentionally simple 4X game with a good flow. Some rules and game mechanics could use a better explanation and visualization but overall their goal of creating a short 4X game succeeded

I played the demo they had some months ago, don’t know if they’ve updated it since then but this basically echoes my thoughts. Definitely a good core for a tight, quick 4X game. Glad it’s gotten more time in the oven, I hope they find the right tweaks to make this really good.