There’s a new trailer for this adaption, which I didn’t even know was a thing. (It’s been previously attempted by both Fox and Hulu.) I’ve got the graphic novel slipcase set and have read them three times (very unusual for me to read something more than once. ) I’ve also listened to the audio production. I’m beyond excited for this:

Kinsey, Tyler and Bode seem perfectly cast, and it’s nice to see Darby Stanchfield. I love the colors and shading and the exact recreations of some of the comic scenes. This is truly one of the best fantasy stories of the last 15 years.

Pretty much my favorite “horror” comic/graphic novel ever. I had no idea this was in the works, but I am cautiously optimistic!

I read the first two compilations and really liked it. I was impressed at how downright WEIRD it was willing to get so quickly. Hope this is a good adaptation.

Hey, so, uh, this dropped on Friday… anyone watch it? I saw the first two episodes and overall it seems decent - I’ve read some reviews that say they focus too much on the angst of the kids versus showing, you know, some really cool and unusual stuff, but so far the teen angst hasn’t been too bad. It’s been compared to Netflix’s treatment of The Haunting of Hill House and it does superficially seem similar.

One thing my wife said was that she didn’t find any of the characters sympathetic. That’s a big deal for her.

I’ve watched the first couple of episodes so far. Seems to follow the comics pretty closely, to the best of my memory. As I remember it, the comics were pretty angsty, in a Lovecraftian way, so I don’t think that’s out of place. Haven’t got to any of the real out there stuff yet though, so they can definitely still fuck it up.

My girlfriend and I started watching the first episode. I read the comics years ago and showed them to her; I think she liked them much more than I did, and I thought they were very good, maybe the most interesting depiction of “Lovecraftian madness” I’ve seen. Maybe 20 minutes in I turned to her and said, “is this a CW show?” She laughed and we turned it off.

I’m 3 episodes in and quite enjoying it. There is a fair amount of teen angst stuff (I assume that is what you mean by CW show?). It doesn’t bother me though. It’s pretty light and fluffy. The overall mystery is intriguing and the magical key stuff is pretty cool. The child actor who plays the youngest kid is really good as is the actor who plays his sister, the eldest brother - not so much. Pretty fun so far - I want to see what happens next.

It was a certain pedestrian quality to the acting and the made for TV look of it. Cool house, though.

My wife and I finished this tonight. I really enjoyed it. One of the things was that they sewed up all the dangling threads. Every little thing ended up having a reason.

Jesus Christ Netflix wants me to keep watching this show. It sent me an email yesterday telling me not to “forget to finish” the show, less than a day after I started watching it. Now it’s just sent a notification to my phone telling me to pick up where I left off. Back off, Netflix!

I got a notification to my phone reminding me it was out while I was in the middle of watching it.

Someone must’ve found the Marketer’s Key.

Got about halfway through before I realized I hate it. It’s like 10% magic keys, and 90% teenage angst bullshit. What a waste of time.

I haven’t read the comics, if that makes any difference.

I’ve finished episode 4 & I’m still in. I have no knowledge of the comics or anything so totally blind. I am curious enough to find out what is going on; the rest I can take or leave currently. I do quite like Bode’s character though.

But then I’m still watching The Walking Dead so… 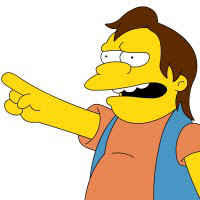 I really liked this. Justified Netflix for another month. The production values were great, I liked the actors. The script had enough meat on the bones, a good mix of actual plot and teen drama.

The bit I liked least was about the ending. If you’re going to have an obvious and signposted twist, you can’t make such a big song and dance about revealing it. Just accept that nobody was going to be surprised.

I really liked it too.

It didn’t seem too “teenage” for me or anything. I mean, there is some of that, but they do have some real issues to deal with, i.e. the murder of a family member.

Unfair to say 90% teenage angst. A good part of that is pre-teen angst!

To be serious, though, we enjoyed it enough that we will watch the second season assuming it gets made.

No, seriously though. The amount of time spent on whether or not the son will get with the nice girl instead of the mean girl is ridiculous. The daughter and the horror film maker. I mean, seriously, at least half the screen time is dedicated to the dating lives of those two characters. And another big chunk is them dealing with the stress of going to a new high school, being bullied, etc. There’s a whole thing about how the hockey team guys are bad kids and the son almost gets in trouble for hanging around with them, but then quits the hockey team so he won’t hang around with them anymore.

I just have no patience for that shit. If I wanted to watch Dawson’s Creek or whatever, I’d watch that. I mean, the guy figures out that he can use the magic key to learn anything instantly. And what does he use it for? To impress the girl he likes. Seriously.