Hoping this is really good.

Been seeing a few playthroughs of this pop up on my youtube feed. I think it just hit beta. I’ve only viewed a little bit of these but the game does look like it’s worth keeping an eye on. 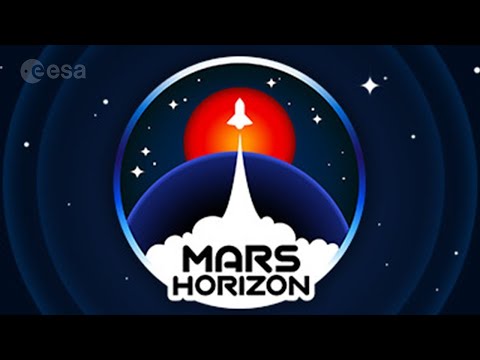 And one from a guy I’m not familiar with: 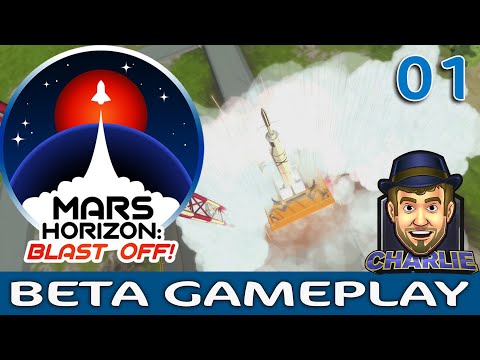 Hmmm. I haven’t weatched the video, but the Steam page makes it sound more like a follow-up to BARIS

Now that’s a blast from the past! I haven’t thought about ol’ Buzz Aldrin’s Race into Space in a long time. And yeah, that does sound like an appropriate comparison.

I played the beta - and it is indeed a BARISlike. I found it quite relaxing to play.

I need to play this.

It looks a bit more modern than:

Although that game looks good too.

SPM is a pretty good update, if a bit too easy. I won on my first attempt at a campaign, and I suck.

Mars Horizon has a demo for the Steam Festival right now.

I really like it and recommend giving it a try. It’s much -MUCH- better than Buzz Aldrin’s Space Program Manager in every single way.

Mars Horizon has a demo for the Steam Festival right now.

Gave the demo a shot, seems a lot of fun, though it was starting to get a bit repetitive toward the end of what was unlocked. Hopefully it opens up a bit more - to be fair I’ve only just started doing the manned missions. Couple of interface niggles, but nothing major. Definitely on my radar now.

It’s on my wishlist and I’ll be checking out the demo later.

[edit] I’ve played enough - essentially the first unmanned test flight - to know I’ll probably be getting this at release, so I didn’t want to spoil it by diving deeper.

I can’t say yet that it’s “better” than BASPM. It’s certainly a lot more streamlined. When SPM was released, Slitherine was making noises about a Mars-based sequel. I’m guessing it didn’t sell well enough to justify the cost of development.

Can’t say doing the manned mission has allayed my concerns. The only real gameplay change is the addition of an option for resource generation during the missions. Astronaut management was extremely basic. It doesn’t seem to meaningfully model astronaut training, re-entry risk, or psychological/morale issues (which to be fair may only crop up on longer term missions than are available in the demo). Maybe EVAs will change things up, but I suspect it’s just going to be another resource minigame.

I really don’t think I can buy this just on the basis of what I’ve played - the longevity is going to be entirely dependent on how more complex, longer mission types are handled. I can see interesting layers of gameplay coming from having permanent space stations/colonies with resupply and repair considerations to deal with, but at the moment there’s no evidence that’s going to materialise. I don’t think there’s much if any replayability in what I’ve experienced so far, though it was definitely fun the first time through.

I played through to the first test flight and the game left a good first impression on me. Watching my little rocket launch in the rain only to see it explode 8 seconds after takeoff was fun.

This is out now!

Tough call, shoot rockets at Mars or shoot them at other nations. Both Mars Horizon and ICBM launching on the same day. At least they are only ~$18 each.

Did anyone pick this up? The Steam reviews are generally positive, but the negative ones definitely seem to confirm my doubts about the full game.

Did anyone pick this up? The Steam reviews are generally positive, but the negative ones definitely seem to confirm my doubts about the full game.

Was thinking the exact same thing.

It doesn’t seem to meaningfully model astronaut training, re-entry risk, or psychological/morale issues (which to be fair may only crop up on longer term missions than are available in the demo).

If I was a developer I’m not sure how I would quantify all that in a way that is suitable for an edutainment game. For instance, how much “private time in the bunk lol lol” do we give each astronaut each day?