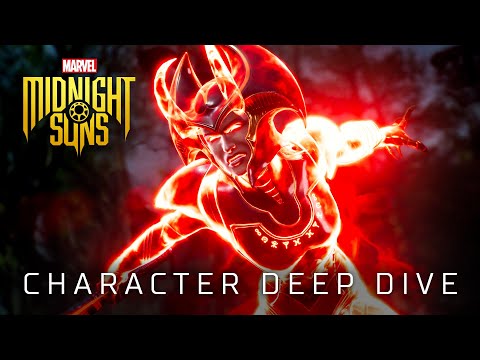 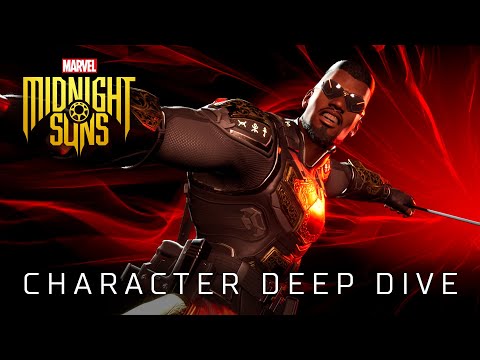 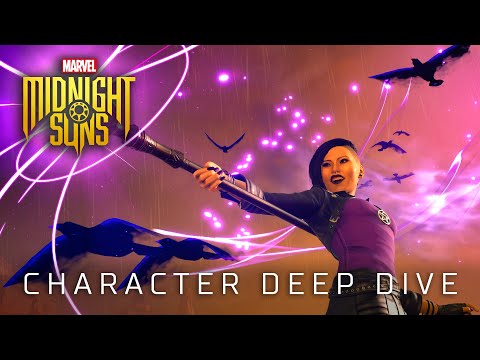 Nico looks pretty cool. Her cards have some variable effects that are determined when the card is drawn, so there’s a random element in what the card will do but it is fixed once in hand, so you can plan around it. Neat idea.

I pre-ordered this over the weekend - I’m very confident it will be an amazing game - but doing so I saw there was a livestream a few weeks ago with full gameplay and developers walking through what was happening, which is the kind of pre-launch deep dive I really like for games like this (lots of gameplay mechanics and “board game rules” type stuff so I have an idea how to play before I launch, which tells me if I’ll enjoy the game). 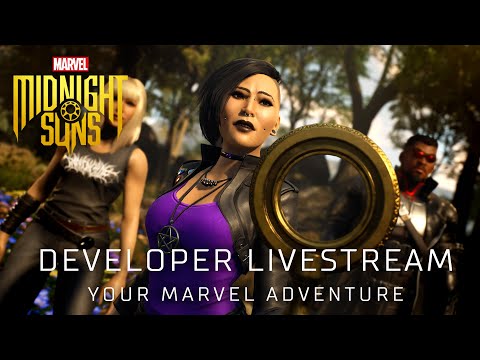 Gameplay starts about 20 minutes in, but they sit around and chat for a bit before that. I’m really digging the way this plays, and it’s gorgeous to boot. But what I wanted to mention specifcially was how difficulty levels work, which struck me as being clever, if I’m understanding correctly.

There are 8 difficulty levels, Story and Normal sound like they are available from the start, and Normal is designed to be more about “playing well” than “succeeding”, but as you play the game will start suggesting higher and higher difficulty levels if it thinks you are playing to well for what you are on. Of course, going to a higher difficulty is not only optional, but you can roll back to any difficulty at any time. However, something I think a few folks around here will appreciate, is that while there is no penalty for playing on lower difficulties, you do get more of some sort of in-game resource used to buy cosmetics and other aesthetic goodies (costumes, furniture for the home base to build up, that sort of thing) as well as more XP for your characters, so they will level up a little faster on higher difficulties. Something like that. They talk about it around 39 minutes into the above video. 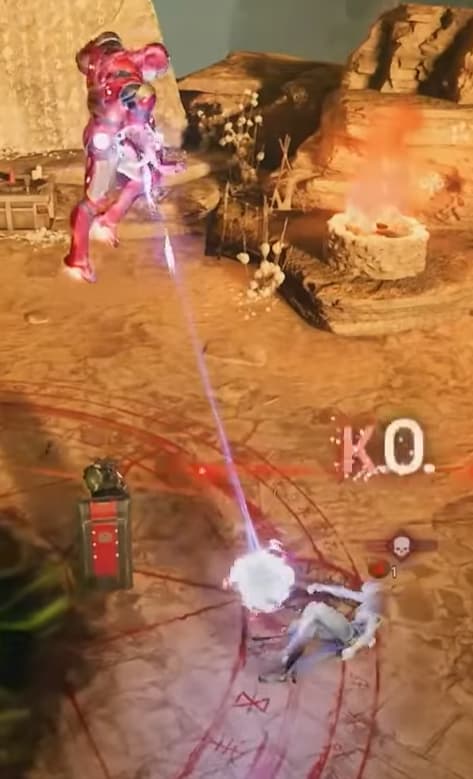 This does sound good (and I watched a Forged in Fire episode with a tie-in as well!) even if I don’t usually get into superhero stuff. The gameplay here seems attractive.

Sweet, thanks for linking this.

There are no achievements related to difficulty.

There is an injury system with lots of possible injuries. Injuries can do things like add penalty cards, limit use of certain abilities, reducing health etc.

While you will probably have certain heroes you favor on a run through, you will use all heroes at different points

Hand limit size is 10. Each hero has 8 cards in their personal deck (which you choose from those available).

The Hunter is not always required on missions, but is on most story missions. The Hunter has 3x the number of cards that can be obtained. 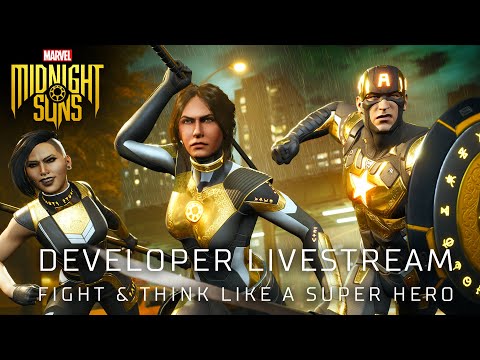 Perfect, thanks! I just finshed the last one I watched and was kind of eager for more details. I’ll watch this now.

I decided to go with the Legendary Edition - I had the funds in Steam and I have one of those feelings I get when a game I think looks good ends up being one of my favorite games of the year.

Going to watch this one shortly. Personally, I don’t think dlc is a good fit for me with this game. Even if I love it, as I hope, my playthru will be very long (I’m slow) and I virtually never play games like that more than once (I can think of one case where I started a second play thru and that’s literally my favorite rpg ever).

The next stream will feature Abbey gameplay

They are playing on the fourth difficulty. Second mission on diff 5. Increased reinforcements only on diff 7/8.

Card upgrade options are fixed, but mods allow you to customize to your style.

All the different costumes can have different color palettes applied to them (if I understand correctly, the legendary MS outfits don’t have to stay gold, for instance)

There are autosaves before each mission (and between turns?)

On a typical playthrough, you will likely max out friendship with 4 heroes

The research system sounds really important. It gives access to different consumables, conversion of move actions into other things (e.g. shove or cure), and more (including hero upgrades, I think)

Oh, I played XCOM 2 quite a bit, and having more heroes to choose from (the first DLC has like 4 more heroes, and the main game starts you with 12, so that’s a good bit more options for a future play through) will make a second play through (when the DLC drops) an exciting prospect (as I’ll have other heroes I probably ignored in the first play through). Also, the LE comes with a bunch of alternate costume/skins and one of them is Logan for Wolverine, and the idea of playing Logan instead of costumed Wolverine is almost appealing enough the other skins don’t matter.

And presumably the future DLC’s will also have more heroes and even maybe expand the game’s core story/mechanics, so I’m down to play this a few times as the year goes on (in theory).

I believe that there are four new heroes per the first Season Pass and I suspect that means one hero per DLC. Only mentioning it here in case that would affect your purchasing decision. The DLC is apparently going to include more enemies and missions so I am sure it still has its appeal (even if they are only putting out one hero at a time).

My one question and it is not clear - are the Premium Skins only available in the Legendary or can they be earned in game?

For me, I think I rather spend the extra 40 bucks om the new Master Of Magic than the Legendary Edition though I am a sucker for Comic Book art. I am thinking that I will replay the game a lot and can wait for a sale on the DLC. Of course I may rethink this as just prepaying for my own Christmas present and letting my wife know what she bought me ; )

I believe that there are four new heroes per the first Season Pass and I suspect that means one hero per DLC.

This is correct. Deadpool is first.

These streams have really rekindled my enthusiasm for this one

My recommendation is to take the 40 bucks and put it towards master of magic. I had a windfall on steam credit so the hundred dollars was no real burden. I did later see that it’s one hero per DLC, but I’m guessing (like you indicated) there will be more content than just a new hero and accompanying story/missions, although at eight bucks per DLC or whatever a full blown completely fleshed out new hero seems like a pretty good deal for when one replays the game. But, I will admit that given the above I probably won’t replay the game four times bur would rather ones at the end of next year when all of it’s out and the game hopefully in incredible shape.

Anybody have thoughts for a possible A team to pair with their Hunter? I’m thinking maybe Magik and Capt. Marvel.

I want to know more about the Hunter and how customizable they will be. That will be a bug chunk of the replay ability as well. But of the characters, my favs are probably Wolverine, Spidey, snd Iron Man but I don’t know how that team will synergize.

The Hunter is very customizable. They have 30 skills they can obtain, of which you can carry 8. They have three development trees and three ultimate abilities. You can make them into a tank, support, damage dealer, etc. or something in between. All of that is in the video upthread (which I happened to watch again earlier).

If you wanted to run Iron Man, you could make your Hunter more of a support and probably focus on heroism and card draw, for instance.

The Hunter is very customizable. They have 30 skills they can obtain, of which you can carry 8. They have three development trees and three ultimate abilities. You can make them into a tank, support, damage dealer, etc. our sobering in between.

Awesome, thanks! I didn’t watch the entire thing, I saw enough to know what I needed to know to get hyped and have a “feel” for what the game is doing, and I’m on board, but I’m sure that means I missed some stuff (like the Hunter info) as they were also doing questions from chat and the like. I think they had said they were doing a Hunter specific stream at some point, which will be good as I’m really interested in learning how that works. Some sort of point buy system? 30 skills and 8 picks of any of them? I’d think some are more powerful than others, but maybe each are weighted equally. Interesting. Well, we’ll find out soon enough, the game is out in only a month now.

Sorry, the Hunter stuff is from the character deep dive, not the livestream.

Yes, some cards are more powerful, but that means they need more heroism. A deck of all high heroism cost cards wouldn’t work. That’s how they balance it. So you need some builders and some spenders.

That applies not just to cards, but to HEROES. So, what I was getting at is that Iron man is going to be a character who will spend lots of heroism, so you will want a support good at generating it for them to use (e.g. Doctor Strange or Nico).

The Hunter (who is required on nearly all story missions) is purposefully designed to fill the gaps between other characters, so if you want to run Iron Man and Wolverine, you can tailor the Hunter to work with that pair. But they have to be flexible enough to also work with Magik and Spider-Man or Ghost Rider and Blade, etc. 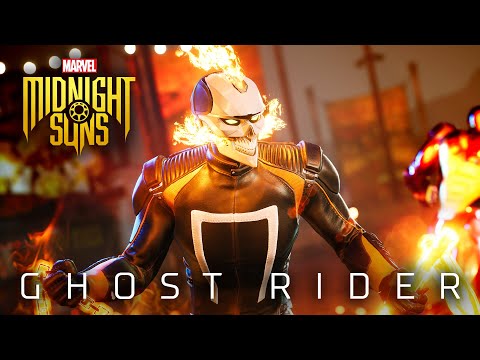 Oops. Thought that was a deep dive, but they already did that one, didn’t they? Oh well

I’m working my way through the movies before this release. Blade and Ghost Rider are first on the list.