I can squint and kind of understand why they want to drip-feed cards… There are a ton of constraints you put on yourself by making a “small” card game. Your deck is only twelve cards. You have a finite number of locations to play them and can only play a max of four in one location. You’ve got hard caps on resource costs and resource progression in-game.

There’s only so big a total collection can get, and no matter how big the total collection is, a bunch of those cards are going to be competitively irrelevant. If you allow targeted acquisition, most players are just going to go straight for the strong ones and ignore the rest. So I kind of get the intent.

But there’s a wide gulf between “give the players random cards, potentially locking them out of desired archetypes for a very long time” and “let them pick what they want and then spend hundreds of levels being unexcited about card rewards”. A suggestion I see often is to let players pick one of three random cards when they hit the appropriate levels. That seems like it would be perfectly fine, but the devs seem hellbent on sticking to their vision no matter what. 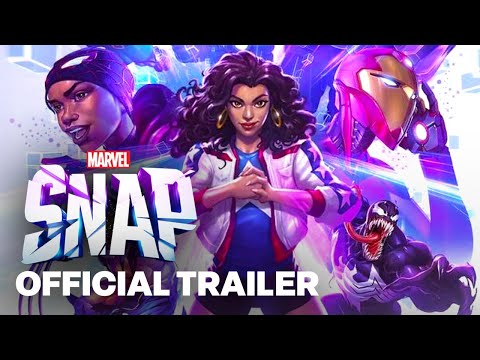 Honestly, this looked really cool - I’m not really into the F2P nonsense, but this seems like it might be worth checking out.

I still play this in beta every day. It’s the only game I’ve ever maxed out a battle pass for (three times and counting). Despite quibbles about card acquisition and their utterly failed (but also completely refunded) lootbox attempt, the core of the game is pretty good.

Among other things, the devs have confirmed that they’re still working on a true ranked game mode (games on the current ladder can be very RNG-heavy), a new form of monetization, and changes to card acquisition, all hopefully in time for the October 18 launch.

I do all my dailies each day, but am pretty frustrated at us being in season 4 with no way for me to buy any of the passes so far. When it launches people will be 4-5 seasons behind and that feels pretty bad.

As I understand it, they have vague plans to ensure that all of the rewards from the previous seasons will be attainable after the general release. And so far, the battle pass cards have gotten rolled into the normal collection track about eight weeks after their initial release.

That’s so funny: I literally thought five minutes ago, “When are they going to announce a release date for Marvel Snap???” and then checked YouTube. I should have checked here first!

(Also, I started on the Topps Marvel app months ago, just to get into the daily habit of collecting cards. In retrospect, it was a big waste of time.)

This is live on Steam now, for wishlisting or whatever.

I’m not sure if they will have them for launch, but they’ve got two big features coming soon - a direct-challenge mode and semi-targeted card acquisition. And two more pools of cards coming as well.

highly unlikely either of those hit at launch, but I am ready. been playing ‘under the table’ since it hit early access and loving it. Just not a huge fan of the slow collection and the feeling of haves and have-nots.

Yeah, it is obnoxious that some individual cards lock entire archetypes behind them (Mr. Negative, Destroyer) and that many are simply so unique or strong at their spot on the curve that they don’t have a simple replacement option that doesn’t mess with the whole feel of a deck (Green Goblin, Captain Marvel). Hopefully the targeted acquisition helps with that. They also haven’t been shy about nerfing and buffing cards. I’m optimistic things will shake out in a healthy way.

Is there any PVE in this, like in Legends of Runeterra?

no thought I expect in a couple years there will be

Yeah, there’s not really a lot of “room” for a whole PvE mode, given how small the design is, if that makes sense. Although the direct challenge mode, which turns cubes into “health” for each player, could lend itself to a campaign of sorts. I’m sure they’re thinking about it, but as of right now, it’s all PvP.

Thanks guys - I’ll look at it again in a couple of years then :-)

PC client on steam already has a big stumbling block. If you have a lot of decks to choose from, it won’t let you scroll all the way to the last few to choose them.

I’m having fun with the game so far, but I’m still in the honeymoon phase where you unlock something every five seconds. I’m a little concerned it’s going to turn into “Pay $5.99 for 300 Snap Credits, which you can use to upgrade your Gold ISO to Platinum ISO once every five games!”

It does slow down, but it’s worth noting that spending money doesn’t speed you up that much. You can spend money on credits, but you still need the boosters, and the only way to get those is to just play the game. There’s an option to spend credits to level up cards, but you’re limited to doing that three times a day, and the cards are randomly-decided, so they might not even be cards you want to upgrade.

Generally people have found that if you’re playing a lot, you will probably hit a point where you have lots of boosters but not many credits. If you primarily play to complete the dailies and not much otherwise, then you’ll have lots of credits but boosters will be scarcer.

I’ve never felt pressured to make any purchases. Arguably, the battle passes could be seen as pressuring you to buy them, since each one comes with a unique card (which goes into the normal card pool after eight weeks), but so far, those cards haven’t really been overly powerful, save for a couple, which are now in the normal card pool. The battle passes are loaded with gold and credits, too. I play it enough that I’ve been happy to throw ten bucks at it each month.

There’s an option to spend credits to level up cards, but you’re limited to doing that three times a day, and the cards are randomly-decided, so they might not even be cards you want to upgrade.

I think they actually rotate every eight hours, so three cards three times a day. So far I’ve upgraded them all since they’re cheap, but I imagine down the road it will be 250 boosters to upgrade to Super Holographic Rainbow Motion level.

The battle passes are loaded with gold and credits, too. I play it enough that I’ve been happy to throw ten bucks at it each month.

I’m still in Recruit Season (?)…when do Battle Passes become available? I guess I shouldn’t complain about not spending more money, but I don’t want to miss a chance to speed up progression.

I’m guessing as soon as you finish the Recruit Season, the current pass will become available to you. They lengthened this one so people starting today could get through it. There are free tiers to it as well, so you can still get some stuff without paying.

So far I’ve upgraded them all since they’re cheap, but I imagine down the road it will be 250 boosters to upgrade to Super Holographic Rainbow Motion level.

(You’ll notice that it’s always 50 credits and 5 boosters per collection level, except for that first one. So it’s most cost-effective to upgrade all your normal cards to uncommons, otherwise the cost-benefit is linear).

The thing about upgrading them from the shop is that it’s only for your incomplete upgrades. So it takes the cost of your next level plus 5 credits per missing booster. So let’s say you have Wolverine at Uncommon with 7 boosters. You’re missing 3 boosters to level him to Rare. If he pops up in the shop, his cost will be (100 + (3*5)), or 115 credits. If you play more with him and get those boosters, then you would just be paying the 100 credits. So it’s technically faster, but you can end up paying a LOT more in credits for the privilege.

don’t spend credits to ‘fast’ level cards. credits are what will hold you back before long, not boosters. Use your gold for the three mission refills daily and make sure you get your weekly bonuses done. You can make decent progress F2P, been doing it for a couple months so far. common/grey cards always get the boosters and are the good value as has been mentioned so get all your grey cards to green, then focus on flipping your favorite cards over to grey again.