Nice, I think Wong and Doom are both pretty coveted P3 cards, maybe Lockjaw too. Cool to get them early!

I’m trying a deck with BOTH Wong and Doom and pulled off the below.

Oh snap… I’ve played too much!

Sera pushed me past 50 this season- been as high as 65. Very fun last turn- lots of misplays to do! 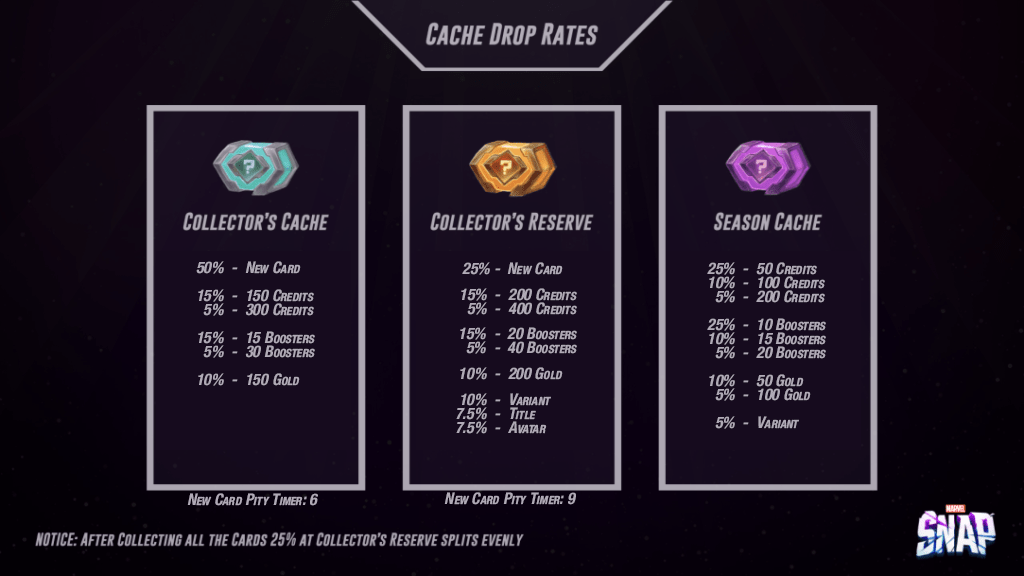 We are T-minus 90 minutes to token go live 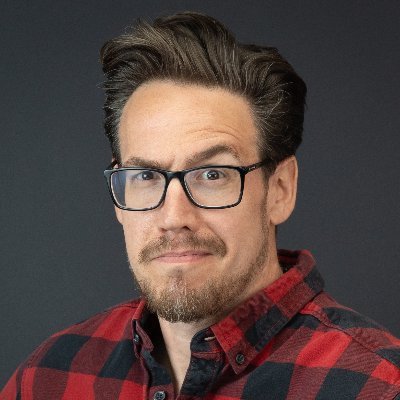 @bbrode
We're planning to patch at 3PM Pacific today! Once you log into the new patch the game will look at your Collection Level and grant your Collector's Tokens. Have fun! Can't wait to see what new decks everyone will build!

I have 5000 tokens, 5 completed but unclaimed missions, and the 5 mission weekly rewards ready for the update. That’s even despite me needing to open 3 caches simply because otherwise I couldn’t collect mission rewards, did get Black Bolt out of it, as well as a rather nice Captain America variant (looks like a silver age comic panel variant)

And its live!I cashed in all the things to go from CL536 to 668. In the process I feel quite happy with unlocks.

And 3 sets of collector tokens

But there is some new decks in those cards.

patched up, bought Super Skrull, unlocked a few collector’s reserves and opened them… they were all empty. No animation and no tokens, credits, or anything in them.

Interesting, clearly the offer is unique and not universal then, as I bought the Ghost Rider. Which makes sense. It would suck to be looking for one card and the random roll only shows one you have.

I believe the way it works is that it will rotate through all the cards you don’t have in a random order; if you get a card offered and don’t buy it, it won’t show up again until you’ve been offered every other missing card first.

I guess I can ignore that part of the store for a while.

patched up, bought Super Skrull, unlocked a few collector’s reserves and opened them… they were all empty. No animation and no tokens, credits, or anything in them.

The above and this tweet have me holding off on cashing in on my, er, caches:

@bbrode
Hearing some reports of empty caches or opening boosters in caches - we are looking into it now
lostcawz November 30, 2022, 1:00am #473

Where do you buy the cards? I don’t notice anything different with the app since this morning and when I go to the App Store it just says to Open the game not update it.

Same here. I figured the new UI would be in the Shop tab, but I’m not seeing anything different.

Same here. I figured the new UI would be in the Shop tab, but I’m not seeing anything different.

I guess at least it’s not just me. I did notice a new blues when I restarted this a second ago to try and get it to update. It said something about issues with the new stuff so sounds like some folk are not updating for some reason. I know I got stuck a week or so ago where I couldn’t upgrade cards. I ended up removing and reinstalling it and it worked after that. I’ll give them some time before I go that route though.

It should be below the variant section 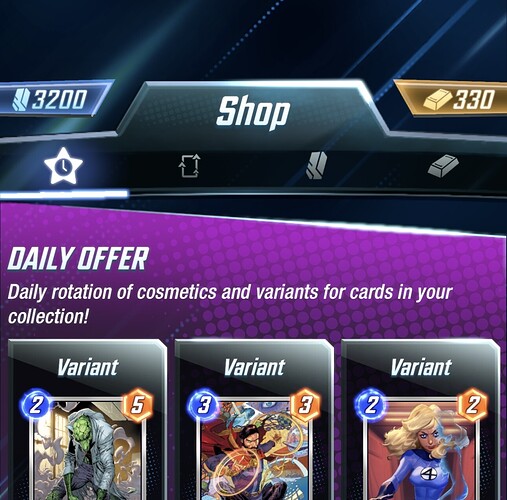 Edit: Wait…I just went on the App Store, and the Open button changed to Update. Should be good now! 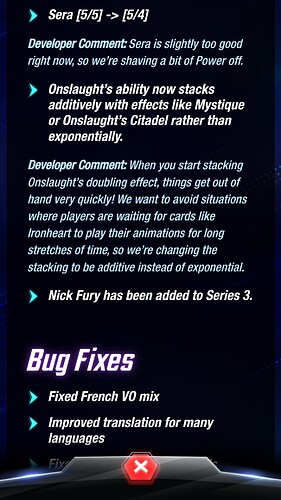 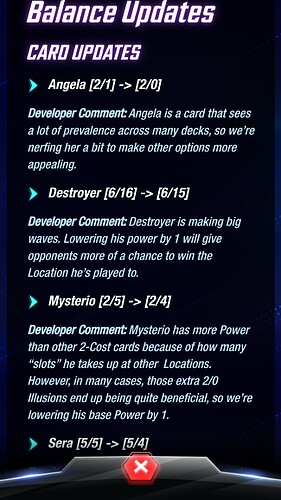 Even after the nerf I’d still play Angela as she’s still a good early to mid card. I can’t think of anyone else is as good as her.

Well that was utterly ridiculous. I ran into someone running a Moon Girl/ Death deck, and with Kamar-Taj on the board (and Majic to cause turn 7) meant they played 3 0 cost Death cards on turn 7.