Every character’s abilities are pretty different.

parrying is pretty much identical with everyone.

IIRC if you hit the parry timing right you get the slow-mo effect, but there’s differences in what that button is used for otherwise. Hulk’s button is actually his extra rage burn for more defense/offense. Ms Marvel’s button does her bendy body dodge. Captain America’s is his shield block. Thor is an electric counter. Not sure for the others.

I played through the prologue today. Wow, that was great! I’m really enjoying this so far. Plus I’m surprised that I actually love the new crew. All these different actors as Avengers character, I actually like it, even though I hated that in the trailers.

Black Widow, especially, is such a badass in the prologue. Way more than she is in the movies. Well, I haven’t actually watched her latest one yet. Maybe I should remedy that.

So, how do you feel about it after a few weeks? I think I need a superhero fix and was thinking of grabbing this on the cheap for 20 bucks instead of laying out the $60 for Guardians. I’m not a multiplayer dude, so I’m just curious in the solo experience.

I have my plate full with other games right now, sadly. I just got a Switch, so playing a couple of games on that, and on XSX Diablo 2. Plus I subscribed to Netflix this month, so I’ve been watching a lot of TV too! But I would like to return to Avengers. If the game is as good as the prologue, that’d be great.

In the company’s annual report, Square Enix president, Yosuke Matsuda, said Crystal Dynamics wasn’t the right developer for Avengers given their lack of experience with the games-as-service model, and in the future they’ll take more care when matching teams’ skillset and interests with relevant game designs.

“We overcame a variety of unexpected difficulties in the final phase of the game’s development, including needing to transition to work-from-home due to the pandemic. We were able to surmount these challenges and release the game, but it has unfortunately not proven as successful as we would have liked.”

“While the new challenge that we tackled with this title produced a disappointing outcome, we are certain that the GaaS approach will grow in importance as gaming becomes more service oriented. How we go about creating new experiences by incorporating this trend into our game design is a key question that we will need to answer going forward.”

I don’t have a very broad experience with it; my main foray into that was Destiny, which eventually got good but spent a lot of time early on in pretty rough shape. It always seemed like they were having to learn for themselves lessons that people could point to in other games and say “see, they had this figured out, why didn’t you do it this way from the start”?

That’s a fair question. I’m not well versed with that kind of game, at least in terms of substantial multiplayer support post-launch. I remember Destiny had a rough launch for people who were really into all the bells and whistles they expect with PVP/PVE, etc… I played its sequel and assumed fans were willing to put up with whatever shortcomings there were because Bungie are the best in the business when it comes to offering satisfying shooting mechanics. I took the Square-Enix President’s statement to mean that online looter brawler mechanics or whatever weren’t really in Crystal Dynamics wheelhouse to begin with.

As a consumer and not an investor or board member, I don’t think the issue was Crystal Dynamic not understanding “games as a service”. I think the issue was that they don’t understand action RPGs. Marvel Avengers is one of the most amateurish attempts at an action RPG I’ve seen in a long time, and it’s especially egregious coming from a AAA developer.

But by all means, Square Enix, blame it on the business model. That sucked, too!

…online looter brawler mechanics or whatever weren’t really in Crystal Dynamics wheelhouse to begin with.

Ooops. This! I basically typed up a lot of words that just repeated your point.

The Avengers is just a bad choice for an IP to try and make a forever game out of. All the best examples give players ownership over the character in a way that’s not possible when you’re just choosing to play an established superhero. It’s your Guardian in Destiny. It’s your Toon in WoW or FFXIV. Building them up from ground level to god status makes sense. Thor is already a god. There’s nothing to build up.

Which is to say, I think the problem was Square sees the Avenger IP as too big not to try and make a forever game out of, not matter how ill conceived the approach.

Brad, wouldn’t you say Marvel Ultimate Alliance 3 and Marvel Heroes are “forever games”? I thought both of those made great use of the Marvel IP and they seemed to do fine.

Well, except for the fact that one of them doesn’t exist anymore.

MUA3? No, but I’ve not played it so maybe there is an ongoing monetization aspect I’m unaware of. Marvel Heroes was a bit of a mess of free to play paywalls, was rebooted once and got shut down, so I wouldn’t consider it an unqualified success.

MUA3? No, but I’ve not played it so maybe there is an ongoing monetization aspect I’m unaware of. Marvel Heroes was a bit of a mess of free to play paywalls, was rebooted once and got shut down, so I wouldn’t consider it an unqualified success.

Okay, but that’s not what I was asking. You said you thought the Marvel IP wasn’t a good fit for a “forever game”, but seems to me both of those titles qualify, regardless of their degrees of success. And while your point about the confused business model of Marvel Heroes is well taken, it only “failed” because Disney shut it down in favor of their other licensing deals.

Anyway, it just seems to me that Marvel is a perfectly cromulent fit for a “games as services” business model and a “forever game” design, because it’s worked for me personally twice in the past. My problem with Marvel Avengers isn’t the overall approach – a “forever” action RPG – but the execution.

Well, first, I said Avengers specifically, I think there are definitely ways to do a forever game in the Marvel IP. Second, when I say “Forever Game” I mean games specifically designed to be an endless supply of revenue. A retail game with a single DLC would not qualify in my mind.

I enjoyed Marvel Heroes, but it certainly had a lot of design weirdness based on the license, like running around in a map with 30 other Captain Americas, or a loot system that made little thematic sense.

In the case of both Avengers and Marvel Heroes, the monetization strategy introduces tons of design problems that simply do not exist if you are content to just make a game that doesn’t need to produce revenue indefinitely.

The monetization strategy has already been figured out by all the garbage mobile Marvel games that SadleyBradley mentioned above. Costumes and heroes are an infinite money earner.

Second, when I say “Forever Game” I mean games specifically designed to be an endless supply of revenue

Ah, chalk that up to me not knowing terminology then! :) I thought “forever game” just meant one of those games that you play forever, that doesn’t have a traditional “ending”. I didn’t realize it had a more technical industry connotation. Doh. You’d think I would have picked up more of the lingo by now…

But now that I understand what you’re saying, I still think I disagree. From a narrative perspective, yeah, it’s totally silly when we upgrade Captain America’s shield or join a party with two Hulks. But there are ways around this sort of stuff, some of them less dumb than others. Superheroes might seem rules-based, but in my experience, they’re as malleable as the average elf or space marine when it comes to games.

Although why Marvel Heroes went away I don’t understand.

It would have competed with other more lucrative products Disney wanted to launch. I’m pretty sure it’s that simple.

I think I’m with @Brad_Grenz When I think of games I’ve dumped thousands of hours into (Monster Hunter, Destiny, DCUO, Division etc…) I was always creating my own personalized character. I would be attached to that character and that unique build and want to keep going.

I played a bunch of Black Widow in Avengers and while I had fun, I never really felt like it was MY character, more like I just borrowed her. I think that lack of personalization might have hurt the loot grind for me a bit.

I also think that while the combat is OK in Avengers a loot game really needs a masterful gameplay loop to work since you are repeating stuff over and over. Both Monster Hunter and Destiny have an amazing game feel. Avengers was ok, but it wasn’t engaging or “fun” enough to make me want to keep doing if over and over. I’m probably close to 7K hours of Monster Hunter played in my life (All the way back to the first PSP game) and I am still not sick of smacking a Rathalos with a Great Sword. About 50 hours into Avengers and I’d done enough flippy kicks.

First part of doing a GaaS is to make a game with a gameplay compelling enough to make people play it for 150 or 300 hours. The Avengers sure as hell did not have that. 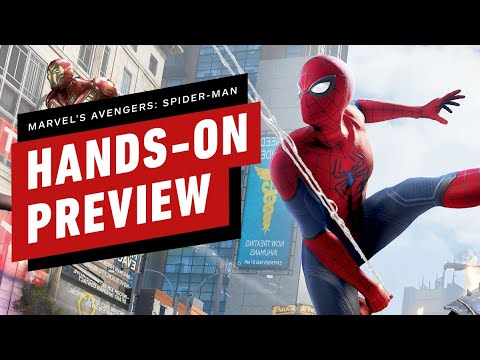