As in choosing Morinth instead?

Yeah I chose Morinth. This feels like I’ve gone too far. Renegade Shepard is a no nonsense 80s action hero. Hard ass, tough as nails, rude sometimes, but not evil. This was a straight up evil act. I took a space vampire into my crew and killed a space Paladin to do it.

Yeah, I’d say it is pretty hard to color the act of taking on a serial killer into you crew who then impersonates the person who was killing her as non-evil. You should probably romance her as penance.

I’m not falling for that!

Mordin has to survive ME2, because it makes it that much more tragic to shoot him in the back in ME3.

Mordin has to survive ME2, because it makes it that much more tragic to shoot him in the back in ME3.

This is the correct take.

You should probably romance her as penance.

OMG wait, is that possible? Given that she kills ALL her —ehrm, mates? Afterward: That would make for a funny easter egg 5th ending

taking this slowly (not a lot of time to play) but enjoying myself immensely! One issue I do have: on PS4, the tv-screen is awfully dark at times, making it near impossible to see where I need to go. This was particularly clear in the corridors on Feros (which I have just finished): I was just stumbling around at times, trying to walk in a direction that did not lead to me hugging a wall…

Anyone else have this problem? I tried the settings, but there is no way (that I can see) for changing this (just the option to disable blur and movie grain, no idea if that helps…)

That is absolutely amazing.

I’m definitely going to have to do a renegade MaleShep playthrough after to just muck around and do all the things I’d never choose to do in my, what should I call it, “real” playthrough 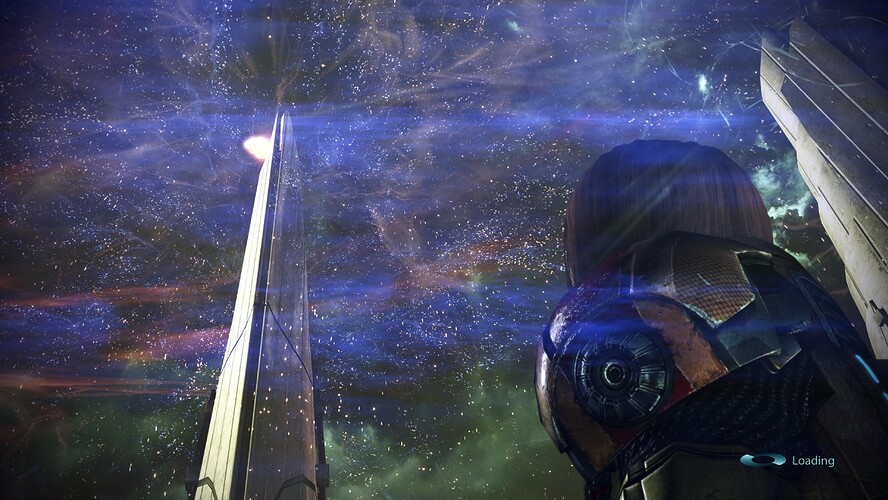 “Would have liked to run tests on the seashells”

I had a similar problem , can you adjust the gamma setting?

can you adjust the gamma setting?

I don’t know: can I? Will check next time I start it up!

Man, I forgot how goofy the Citadel DLC is. I mean I get it, it’s light and fan service-y after the backlash to ME3’s ending. But it’s almost like some alternate universe comedy version of Mass Effect, very little of it is taken seriously. Even the clone, nobody really seems to really care or be all that bothered that there’s another Shepard running around. I guess playing it as part of the main game now, and not well after the initial release of the main game as I did originally, makes it stand out a bit more to me.

Ok, yes, but it is also amazing. 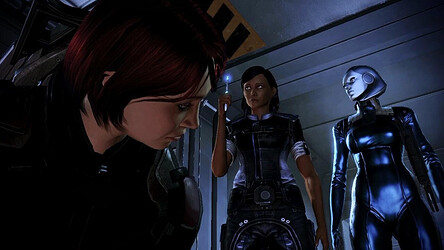 Sure, it’s got some great moments. Big points for the toothbrush callback. It just seemed odd to me, tonally. Again, this was intentional and I get it, and I guess I’m not even really complaining. It was fun. I just noticed it more this time around.

Wrapped up my ME3 playthrough last night, still such a great series to run through. But I must admit that going back-to-back through all 3, I am experiencing a bit of burnout. Maybe after some time passes I’ll boot up Andromeda again.

I feel like I missed a few things in 3, though I tried to be quite thorough. For instance, I’m pretty sure back in my original playthrough I ran into Kelly Chambers on the Citadel at some point. It stands out in my mind because I believe I accidentally got her killed. This time though, I never saw Kelly anywhere, and I looped through the whole thing multiple times mopping up sidequests.

Another funny thing, probably a bug, when it was time to throw the big bash in Anderson’s apartment, I used the ‘invite everyone’ option and didn’t notice until the end of the party that Miranda didn’t show. Not sure how that happened.

Anyway, really pleased to say the series still holds up. Maybe I’ll play it through again some time in the future. Still a few achievements I could grab, I guess.

The best parts of the Citadel DLC:

So I see they’ve unearthed a Reaper in Australia

For instance, I’m pretty sure back in my original playthrough I ran into Kelly Chambers on the Citadel at some point.

You only meet her on Citadel in ME3 if you had dinner with her in ME2 =) So… I never met her in ME3 lol.

I used the ‘invite everyone’ option and didn’t notice until the end of the party that Miranda didn’t show.

Hmm, I think you have to go through 3 talking stages with her on the Citadel, grant her some things throught he Specter console and warn her about Kai Leng, before she’ll join you anywhere. Not sure though!

One neat little diddy in ME3 is Conrad Verner.
If you were nice to him in ME1, and told him not to become a Specter, and helped him out in ME2, you’ll meet him in ME3. He’ll ALSO apologize for saying that you’d shoved a gun in his face, even if you didn’t (!!), and ask if he can help with anything. Turns out, this fella wrote a dissertation on dark materia and can actually help out with the Crucible.

ALSO if you helped Jenna in ME2 and got her out of the under cover job, she shows up just as Conrad is saving your life, and actually saves Conrads life.

That’s a lovely little tie up, even if the war asset isn’t worth much, I just love this kinds of details.

Yup. And 95% of the game is like this. It’s why I still love the game despite the last 10 minutes or so.