So for anyone looking for the most recent thread for Master of Magic, this should be it. I merged two threads, but for some reason, the posts aren’t appearing chronologically, so the most recent discussion is now tucked behind about 30 older posts. Thanks, Discourse! This might just be an issue on my end, or it might sort itself out, but in the meantime, the more relevant part of the thread is about thirty posts up from this one. :(

I was going to suggest you a merge, so all is good.

Threadtyrant! Freedom for theads to live their lives as they wish, and in their true chronological order, free from the tyranny of the mods!

Anyways - Still really excited for this. It kinda depends on whether they have kept the insane possibilities for doing totally overpowering things or not - if they have “balanced” and neutered all factions and spells, its going to be rather dull.
If everyone is the same with various skins, replayability goes out the window.

if they have “balanced” and neutered all factions and spells, its going to be rather dull.

There is no indication this has or will happen, FYI.

For some reason, I am denied access to your video, Scott. Marked as “This video is private.”

Oh yeah, so here is what happened - or what I’m worried about, anyway.

So initially when I saw folks playing the Press Demo, which was limited to 3 pre-set wizards/factions and some other restrictions, I thought “Hey I’ll put a video of that up!” so I emailed Slitherine’s PR and introduced myself and asked if they would be cool letting me have access to the press beta to show off on my channel.

The only time I heard back was an invite to the beta, which I assumed was due to my email from a few days earlier. I signed the form, and boom, got a download key and recorded the video I put in this thread. People seemed to like it and it was doing well for my channel, but it kept bothering me that when I played the beta I wasn’t restricted at all - I could full on (and did!) custom create a wizard. Looking, hours after I posted the video, at my library I saw it was listed as “closed beta” and I remembered the press version also had a “welcome to the press demo” disclaimer. I think I somehow managed to get into the beta… randomly… just days after I asked for the press demo access (which I still have not heard back on).

So out of an abundance of caution, I set the video to Private and reached out to find out what the deal is. I think it was just a wild coincidence, since months and months ago I did sign up for the beta, but it’s crazy that I was invited after asking for access to show footage off on my channel. Then again, I’d think an actual PR person would have written me back, not an automated email asking for a form to be filled out and then a second one with a steam key.

So, I’m really sorry, in short! As soon as I can show footage, I’ll re-record something - hopefully I hear back from them soon!

Ha! Well, that explains it! (I thought I might be being technologically dense, so I am relieved.)

Ah man, I was hoping to check the video out, but better safe than sorry.

I finally got the proper press demo, so I started a new series. This first one is short, only about 12 minutes long, but I’m going to play more and go into detail as I go since I’ve been reading the strategy guide and remembering/learning a ton about this amazing freaking, incredibly clever and satisfying game. Man, this is so good. 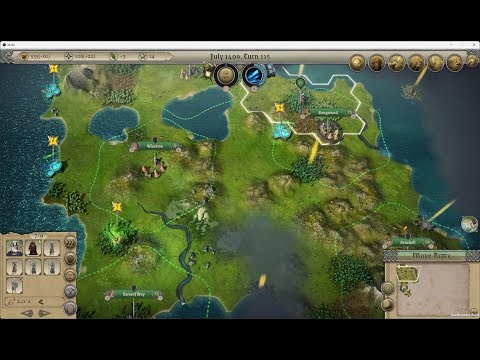 I’ve been reading the strategy guide

The original game’s guide or a new one?

Excellent, thanks. I still have mine. Can’t wait for this new version.

You lucky fuck. I lost mine during a move at some point, and it burns my biscuits because I collect strategy guides, and this was always my favorite of all the guides I have (and my first guide!). I went to buy a copy last Friday and they run $270 on Amazon. I did find a copy on ebay for $35+$10 shipping but I was a bit concerned about the condition of the spine/glue, so I instead found a kind soul had uploaded a PDF scan of it on the gog forums, so I’m reading that copy. I wish I had the physical book again though.

Could the scan be printed professionally? It wouldn’t be quite the same but digital printing can be surprisingly good and inexpensive these days.

I’m sure it could be but I don’t imagine it would be super nice, though it would be certainly serviceable. 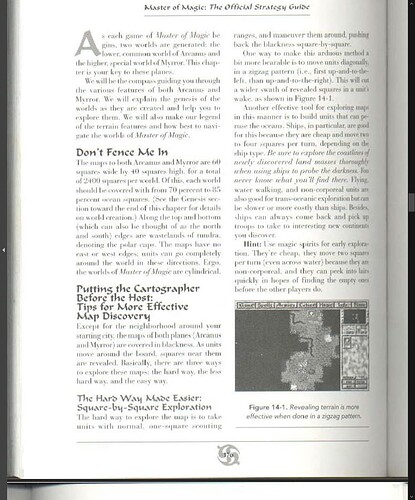 If anyone wants to look at this for themselves, here is the link from the GOG forums.

Very nice, will give it a watch. And thanks for the GOG manual link.

I still have my original strategy guide. Being old and a pack rat pays off.

I saw on ebay there was a second seller that had a copy of the book going for $38 + $10 shipping. I hemmed and hawed, but the pictures looked really good, better shape even than my old beat up copy was back when I had it, and I figured I got the game for free from the publisher, so I’m not technically out anything dropping $50 on this guide, so I pulled the trigger. 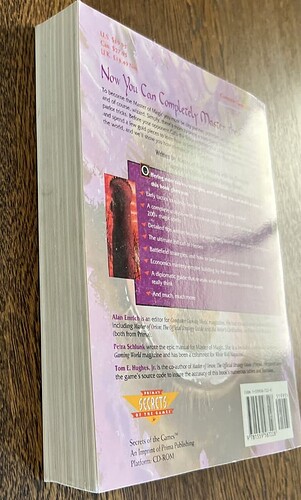 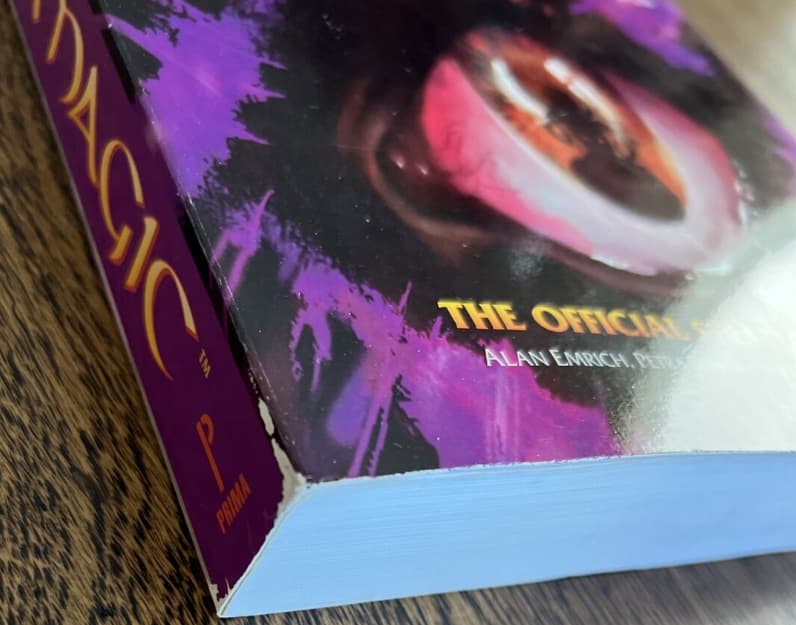 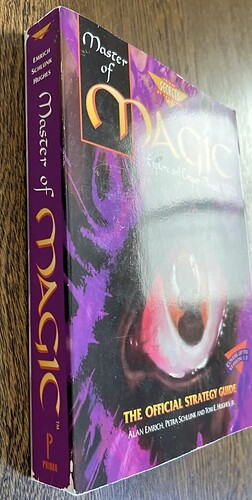 At the rate I’m going, I’ll have read through the PDF before this arrives, but that’s okay. This time it will stay with a collection I hadn’t yet started when I tossed this 20+ years ago.