The Master Of Magic remake dons its wizard robes in December

TLDW: Das Tactics had concerns it would hew too closely to the original, but after playing it he is very impressed with the game 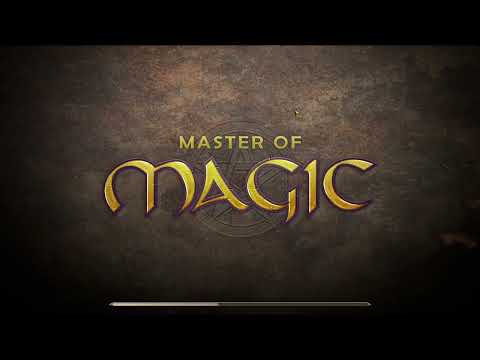 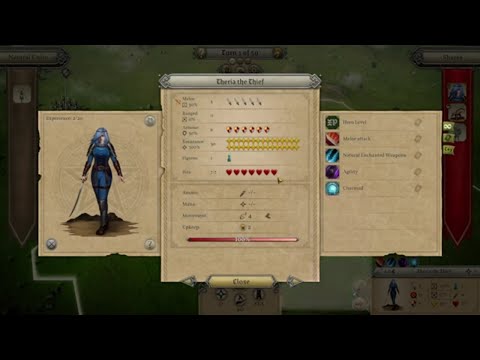 So MoM is my second-favorite game of all time (Wing Commander). I am super excited about this re-release. I’m also a bit fearful that its appeal will be a quick jolt of nostalgia, then fade. Gonna find out!

I hope a modding community develops for it, too, as that would give it more legs.

I was given access to this as well, so put up a bit of a quick look. For whatever reason, my copy let’s me customize a wizard and play with everything though, so maybe that’s changed since last week when Das was recording?

Oh yeah, so here is what happened - or what I’m worried about, anyway. So initially when I saw folks playing the Press Demo, which was limited to 3 pre-set wizards/factions and some other restrictions, I thought “Hey I’ll put a video of that up!” so I emailed Slitherine’s PR and introduced myself and asked if they would be cool letting me have access to the press beta to show off on my channel. The only time I heard back was an invite to the beta, which I assumed was due to my email from a few…

Thanks Scott, I enjoy your previews and will watch tonight.

Yeah, I wasn’t sure where to post my video - it seems somewhat random. I’ll let the mods take action ikf they want to, most of the time duplicate threads like this get merged. I’ll flag @tomchick in case he wasn’t aware. This one is older, but the other one has a more relevant title. Could go either way.

Thanks Scott for posting this up. Every time I watch gameplay of this one I get more excited about it. This is probably the game I’m most excited about releasing in the remainder of this year.

And if you decide to keep this one going or start a new one I’m in!

Sure. But kind of irrelevant if folks are using the two threads interchangeably to talk about the game that’s due to come out soon.

Cheers, thanks for the heads-up, Scott! I’ll get this sorted.

Looks like the makers of Thea 1/2 have announced their new project, a Master of Magic remake. Steam lists it as 2022 and Slitherine as the publisher (purchased IP from Atari 2 years ago).

Master of Magic is a combination of an RPG and a strategy game, a remake of a classic from the 90s.

In Master of Magic you take up the role of one of 14 unique and diverse great wizards who compete with each other to dominate the worlds of Arcanus and Myrror.
Choose from different schools of magic and fantasy races to command, then lead your minions and expand your influence and power across the land.

Recruit and command mighty armies of elves, dragons, dwarves, orcs and many more. Support them with powerful spells. Fight tactical turn-based battles and affect the outcome with your magic.

Research new spells, engage in alchemy, perform rituals and use your arcane powers to change the world around you.
Always beware of the machinations of your rival wizards, who seek to reach your same goals. But in the end, remember: there can be only one Master of Magic.

Probably should just keep this new one as well since it’s a cleaner start? Or is this genuinely new and I’m being dumb? Moreso than normal, I mean.

Well, that thread was about the IP being acquired by Slytherine. This one is about the actual game being published by them. (Edit: And after reading through it, apparently that thread is mostly about the new Casters of Magic version of Master of Magic at this point).

I’m really looking forward to this. I didn’t even know about the existence of games like Master of Magic or Master of Orion back when they came out. I might have seen a magazine advertisement or something and just glanced past it. My roommate in Seattle told me about them both in 2000, and then we played a TON of hotseat MOO2 together with another friend, and it became one of my all time favorites. He also tried to show me to MOM, but it was just too low resolution for me to understand what I was looking at. MOO2 was still high enough resolution that I can still enjoy it today.

Thea is great. There’s a long thread here somewhere but iirc the person you really want to talk to is @Nesrie. It’s definitely an unconventional 4X in lots of ways but it really came together and works well. There’s also a Thea 2 that I haven’t tried yet but is in the current humble bundle (as is the first) so I think I’ll pick it up.

We live in a remarkable age of technology. ;)

Ah! Card-based combat. That explains why I never saw that thread. My eyes have a filter I think. It’s automagic!

I was curious and had to look. I’ve had Thea 2 in my backlog for a while now (I think thanks to a bundle) and your question piqued my interest.

Played Thea 2 and found it to be great and surprisingly not that big of a learning curve, although i largely used auto-resolve for the battles (you can go back and resolve manually if you didn’t like the auto-resolve or want to practice). I do recommend not settling on the first island as you get rarer resources (T3) on the other ones and can get a more a long term settlement.