Hmmm, my current game I’m flying around battlezones with skull level 8 which is currently a bump up from before - I don’t currently have enough mechs to run multiple squads at the full tonnage yet and that definitely hurts. At skull level 7 though I was having a pretty straightforward time cutting through the waves of enemies - running a bunch of 50/55 tonners and sometimes mixing in a heavier mech. Engagements for me are generally:

I tend to have a bind that chainfires all the medium/light lasers that is basically for anti vehicle use.

I tend to put groups of roughly an AC/20 of damage on a trigger (e.g. 4+ medium lasers, a pair of AC/10s) and I also tend to have an alpha strike trigger which might let me blow a limb off right away. Things felt a lot tougher when when I didn’t have that much firepower and/or when I couldn’t reliably put it on a leg (at the start, and now that mechs are getting heavier)

I tend to think of this as the stompiest FPS but pretty far from feeling like a sim. The mission briefings are laughable - no maps, no idea what your enemies will be like … even though apparently your handler knows these things? She doesn’t want to ruin the surprise?! (You can get a giant list of possible mechs at this location on the Starmap). You assassinate some mystery target which she can recognise when she sees it on this mystery radar that is not linked to your actual ground radar, or she calls out there is an incoming enemy wave in the warzones but doesn’t tell you where they’re coming from.

I tend to think of this as the stompiest FPS

I would agree, which turned me off the game.

I appreciate the conversation my post kicked off, so whether intended to inform my decision or not, thanks everyone!

I’ve decided to jump in. All I’ve read since posting, and the videos I’ve watched, on balance make it look like a game I’ll really enjoy.

So now I have a new question! It’s £15 on Fanatical right now, which taking my Steam wallet into account is what I would’ve paid on Steam. So I’ll buy the base game on Fanatical and potentially one of the DLCs on Steam. Are either of them considered essential?

I’ve been tiptoeing around trying this game out for some time myself but haven’t quite worked up the nerve to just try it out. Not sure why - it looks cool, and I understand it’s not necessarily going to have the depth of the old Mechwarrior games. I guess I feel like if it’s just sort of an arcade-y Mechassault kind of thing then I’d rather play those games.

Not sure how DLC on Steam integrates with non-steam versions. I tend to keep all the working parts on one distro platform.

It’s not a great game but I enjoy it in spurts, especially modded up. I have the Epic Store version and playing it Modded through Epic’s system. This game was the first one they did it with. It was pretty straight forward and easy to mod and plays without issues. I’m running around 10 or so and wouldn’t play vanilla anymore but YMMV.

I got a Steam key from Fanatical.

I’ve had it installed, but the comments in this thread have mostly kept me from actually trying the game. Especially the parts about the Mech legs being strong like in Mechwarrior 4. I just can’t behind that idea.

Booo! Don’t be like that! Try it out while I do and we can compare notes, MW vet to MW noob!

Don’t let the thread dissuade you. It’s still giant robots smashing through buildings and shooting missiles. Just don’t over analyze it and blow stuff up.

I’m the opposite and the recent thread activity has me wanting to play it again. I did just fire up MWO last weekend for a few matches so maybe it’s that. :)

Just to reiterate… look into the mods, they help tremendously.

Especially the parts about the Mech legs being strong like in Mechwarrior 4. I just can’t behind that idea.

Are the legs in this game particularly strong? I find them the main weakpoint - my working theory on why I can outlast 3-5 lances against with a single one is mainly that you can take out mechs so fast by blowing out both legs with focus fire as the player, whereas the AI tends to spread it more around - I think they rather focus more on taking out your weapon arm. I was constantly replacing the arms the two medium lasers mounted there on my hunchbacks, and usually heading home from Warzone missions when my AC/20 ammo ran out. Interested in trying the Hunchback variant that mounts lasers now that I finally salvaged one, that might last longer, but I’m also unfortunately outgrowing the 50 tonners now that the drop weight is way above 200. I love the design of the Warhammer but I’m wary of the arm mounted PPCs since I’ve lost so many arms in lighter mechs…

Don’t let the thread dissuade you. It’s still giant robots smashing through buildings and shooting missiles. Just don’t over analyze it and blow stuff up.

I’m the opposite and the recent thread activity has me wanting to play it again. I did just fire up MWO last weekend for a few matches so maybe it’s that. :)

Also want to clarify I mean stompiest FPS as praise. I may wish for it to be even more stompy (most of my wishes are for EVEN MOAAAR) but it’s great. The melee they just added makes it even more fun to demolish buildings in those missions where I basically do half the demolition by barreling through the buildings, barreling through the walls while the folks are yelling on the comms about everything getting blown up. I felt they totally underutilised that bit actually, I want to spend even more time tearing through cities and forests in firefights, they should have put destructible environment everywhere!

Although maybe that would render the leg destruction strategy non-viable if there was tons of leg cover. I kinda like the idea of a cover shooter where you take cover by walking/driving into a building/destructible terrain and you’re constantly blowing up cover.

EDIT: Also remember it’s $1 for a month if you don’t have GamePass and you just want to try it out.

you can take out mechs so fast by blowing out both legs with focus fire as the player, whereas the AI tends to spread it more around

Nice! That’s how it should be! That sounds fun. Ok, you’ve convinced me. This game sounds great.

I really hated how in Mech4 they made the legs the hardest thing to take out.

Did the tutorial and first mission and so far it’s meeting, possibly even exceeding my expectations! Perhaps it’s a good thing that I didn’t experience previous entries in the series, but the “feel” of the 'mech so far is really impressing me.

Did the tutorial and first mission and so far it’s meeting, possibly even exceeding my expectations! Perhaps it’s a good thing that I didn’t experience previous entries in the series, but the “feel” of the 'mech so far is really impressing me.

Very much this. Don’t be dissuaded by the grumbling of old timers. The game as it is is fine.

Nice! That’s how it should be! That sounds fun. Ok, you’ve convinced me. This game sounds great.

I really hated how in Mech4 they made the legs the hardest thing to take out.

The new game has legs much tougher than in mw4, I think.

In mw4, if you lost one leg, your mech was immobilized if I recall.

In mw4, losing one leg would put you into gimp mode, but you could still move. However, further damage to the missing leg would transfer directly to the internals of the other leg, making destroying both legs reasonably easy, which would then kill the mech.

In mw4, I believe, they removed this damage transfer, so dead legs become shields.

cut down the fliers (I used to use LRMs but once you get the hang of swatting them you can manage with lasers). They tend to rush at you so ideally I like to engage them away from other enemies.

Dear god, so much this. I’ve done a few more missions now and those fliers are the bane of my life. If they get above you, you’re fucked. I’ve quickly developed a habit of watching the scanner closely for the first possible sign of fliers, and concentrate on them to the exclusion of all else.

I bounced off of it when it first came out, despite (or because?) playing every other MechWarrior game since Crescent Hawks Inception and MW 1. Picked it up again a few months ago to give it a whirl with the latest DLC…and bounced again.

Still the best, with up to 50 players on the server (although only 8 in a single battle/match) at once. 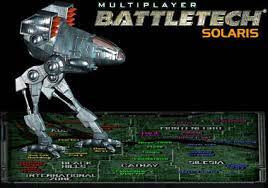 In MW5, depleting armour in a leg hobbles the mech - makes it move slower (but you’re not immobilised) and has a limping animation. Further damage goes to on that leg will go that side torso (or the center torso if that side is gone). Losing both legs will incapacitate the mech, so you want to focus the other leg once the first one is “broken”.

Hmmm, I was searching for more info but oddly there’s not much details on this - there’s mention that transferred damage might be reduced since there’s apparently some of that in MWO. For some reason I assumed it worked like ammo explosions with the damage trickling through via the internals but haven’t watched the indicators closely enough to tell - I’m usually trying to watch for the indication that I’m hitting the other leg.

EDIT: It does look like the heavy limping is only temporary and then it’s a minor speed loss? The speed loss looks like less than 50% in my own mechs when I’m missing a leg (more like…20%?), but I notice the limping a lot when I’m targeting enemies because that helps sooo much in slowing down all those fast light mechs.

Currently mostly annoyed at the salvage drop rates - why are there never enough salvage shares and/or all those mechs I don’t have are not dropping as salvage. I’d like to start collecting some heavier mechs!! Maybe I should just switch to going all-in on the C-bills and look for them in shops instead.

The DLCs improved the game quite a bit. In particular the kestrel lancers campaign is well done.

It’s nothing that rises to the level MW3 but it’s a good effort, and the graphics and sound design and the stompiness are still very satisfying.