Oops, sorry, I saw that and knew it was the Bonanza and said Baron (since I’m partial to the duals.) I loaded the mod and need to try it out. I’m not too fond of FORCED anything, including cold and dark. We’ll see.

Most likely I am doing things wrong; I’m sure you’ll get on with it.

I like the first shot, I think that’s a DA-62. I’ve really come to like them a lot more now that patching has evened out some of the early wrinkles. Twins as a whole really have become something I love to fly.

It’s indeed the DA62. It’s nice, especially with the community mod for it. If only it could do something about the awful placement of those A pillars, though. :( I’m also a fan of small twins. I am very, very much looking forward to Milviz releasing their C310, that was one of my favorite touring planes in P3D.

I’ve been trying to fly real weather a lot more and have VERY MUCH met my match in norther climates in winter.

Yep. I’m a fan of flying with live weather, but I find myself doing it a lot less in the winter months for just that reason, either that or staying in warmer climes. It can be pretty brutal.

I was using the G36 mod but starting on the runway, the first thing it always does is make the engine cut out

Which mod, TheFrett’s or Rob Young’s?

Yep. I’m a fan of flying with live weather, but I find myself doing it a lot less in the winter months for just that reason, either that or staying in warmer climes. It can be pretty brutal.

Yeah, I’ve undertaken to fly an FSE VFR-only plane a couple of thousand miles and cloud cover has often been at 1200 feet so far, it is a real PITA.

Which mod, TheFrett’s or Rob Young’s?

The Frett, I think. It has the Working Title stuff packaged with it.
But don’t worry about it, I know so little it’s wasted on me anyway ;)

It’s indeed the DA62. It’s nice, especially with the community mod for it. If only it could do something about the awful placement of those A pillars, though. :( I’m also a fan of small twins. I am very, very much looking forward to Milviz releasing their C310, that was one of my favorite touring planes in P3D.

I agree completely about the DA62 A pillars. Uff. Not fun to look at for the majority of a flight.

I didn’t know a C310 was on the way. I’m waiting for Aerosoft’s Twin Otter. Sounds like we have some fun to look forward to.

There are two Spitfires on the way for MSFS. This is probably mostly of interest to combat sim fans, but if you’re like me and you like to fly warbirds too, this might make a fun summer project… 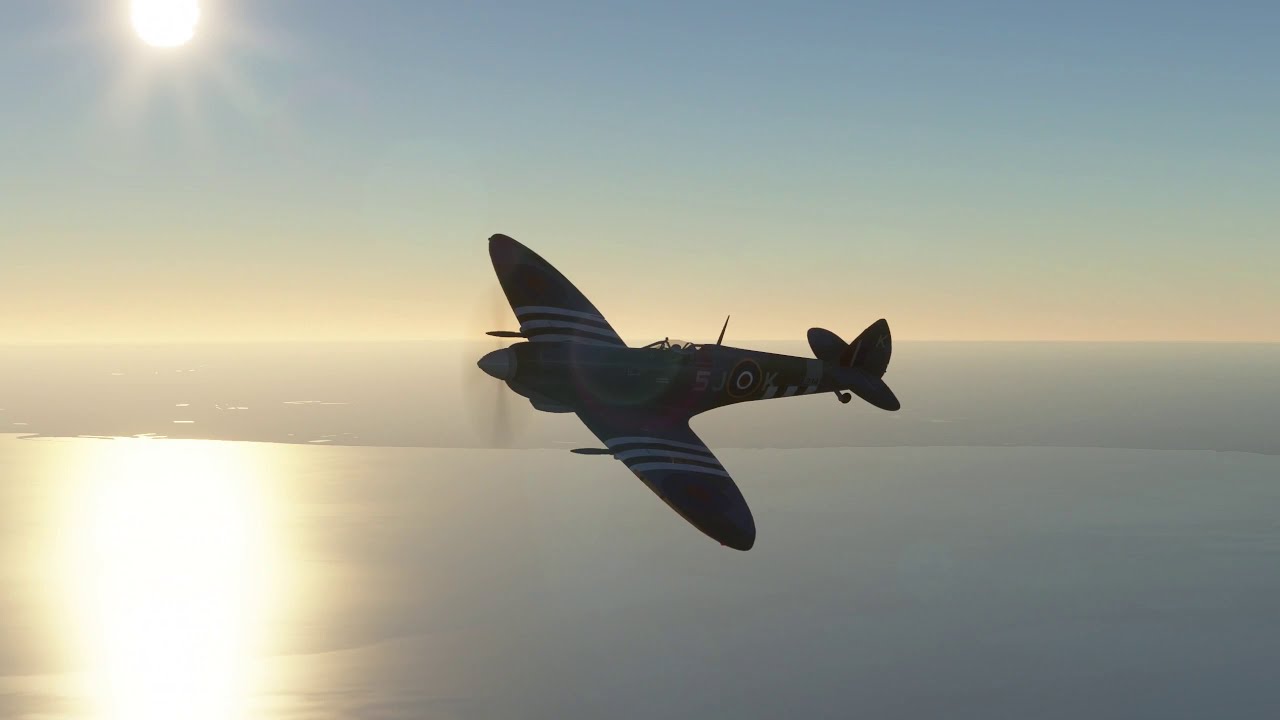 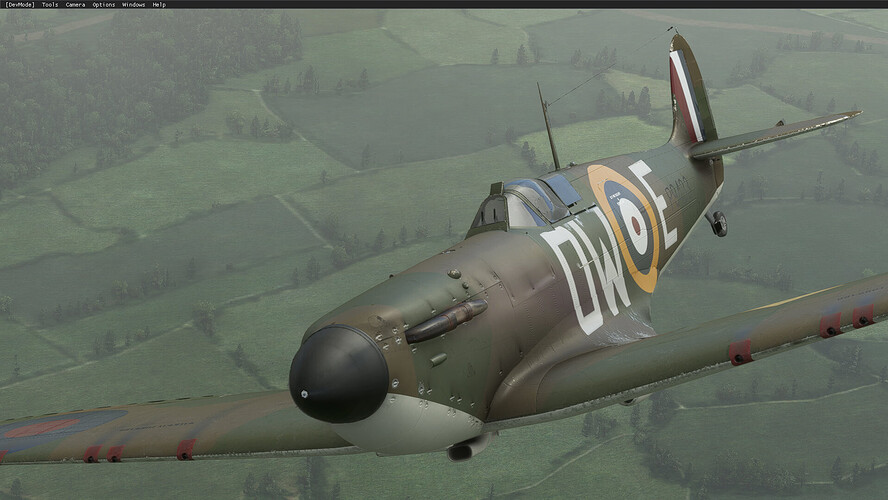 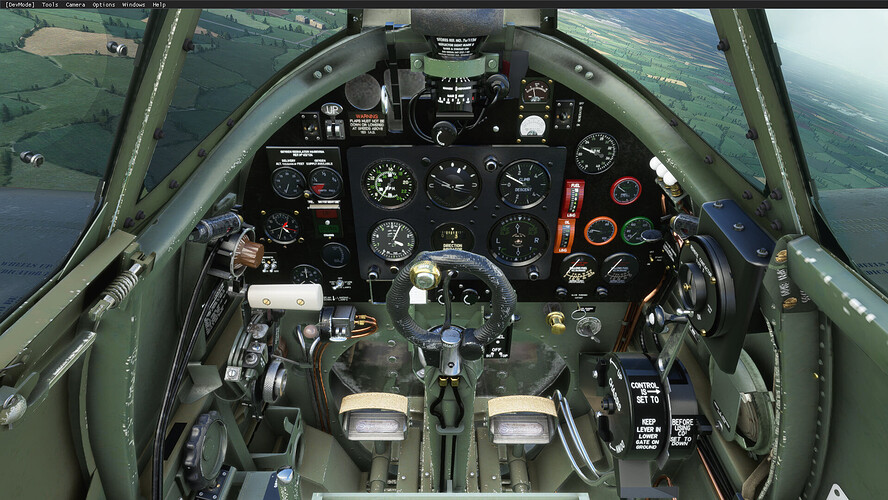 That looks so damned good. Seriously I hope at some point there is a dev that can take the newer technology of MSFS and code a combat game around some of it. One item that third shot gets that I wish more aircraft were modeled with it a bit of aircraft skin bending, stressing, wallowing. I know you guys know what I’m talking about it’s when you look at an aircraft or ship and you can loosely see the ribs and struts of the design since the skin of the aircraft tends to sink in just a bit but also be affected by riveting and construction process. When you see a smooth sided aircraft it breaks the immersion a bit. Unless they are molded, they are rarely smooth.

@kaosfere I spent part of the day loading several of the rest of the Working Title mods and though I’m not sure which one you assist on, all of them help so much in game. I had missed out on the 3X mod and loaded both that and a few updated aircraft models that used them today and I’m blown away. So many nice tweaks and additions. Kudos to the entire team but many thanks for that one in particular. I’m way late to the party but I wish I’d just considered the entire Working Title mod list as -mandatory- from the start and loaded them all.

After loading the entire list I seem to get in-game and repeatedly say, “whoa look at that! Nice!”

Attention to detail is the groups forte.

SkyShare: Shared Cockpit Controls is free on SimMarket today only. I’m not sure if I’ll ever use it, but since it’s free, can’t hurt to grab a license!

Basically lets you send joystick inputs to another player’s MSFS installation. Could be useful for teaching someone to land. :)

I’m hoping this is the first step to official or modded in copilot support at some point. I think it would be fun to do a coop flight together with someone.

Yeah, I don’t see a ton of utility to it right now, but I grabbed the license hoping he’ll develop it into a more extensive copilot experience down the road. :)

Kudos to the entire team but many thanks for that one in particular. I’m way late to the party but I wish I’d just considered the entire Working Title mod list as -mandatory- from the start and loaded them all.

Hehe, thanks, that’s very kind. Since we do a fair bit of code reuse it’s hard to be truly precise about what anyone’s worked on, eg, I wrote a lot of the library that almost all our code interacts with, both in the Garmins and the CJ4, to store preferences via the data storage API. But the G1000 and the G3X are where I’ve spent most of my time. But there are also map features created by the guy working mostly on the G3000 that the rest of the Garmins use, etc. I want to find time to further enhance the G3X, that’s my favorite of the glass displays in the game, mostly because it’s the one most common to what I like to fly.

I’m hoping this is the first step to official or modded in copilot support at some point.

You may already know of it, but there’s also Your Controls, which works pretty well from what I’ve read.

For the aircraft using that 3X mod its like a whole new aircraft! As an example, its lofts the Icon from a flying scenery browser to something legit enough to plot a much longer course with. The added features from stock make it a much more respectable ride. I didn’t try every AP and GPS unit feature but got through quite a few of them.

I am going to have to try the G1000 mod. The default G1000 is just different enough from the real thing to be annoying.

Not sure why, but it’s taken me until now to reinstall the drivers for my X52 and get some of the buttons/wheels on my throttle bound. I can now set ALT and VS without the mouse. Huzzah! Sadly it seems the mouse nub on the throttle has drift, but it’s easily disabled and it’s not like I ever use it (used to a bit in ED but it’s not essential).

Flying routes with generally <3 passengers these days, so taking the opportunity to buy some addon aircraft. 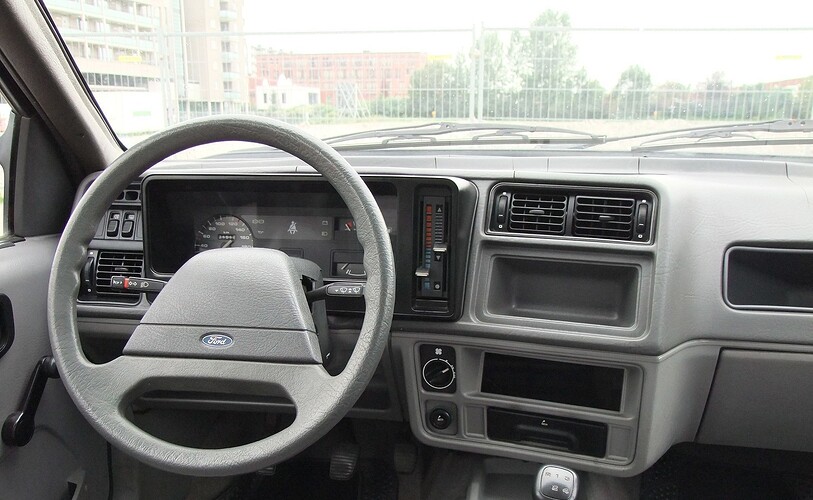 Oh wait, that’s not it. In all its binnacled glory, the Socata TB21GT Trinidad: 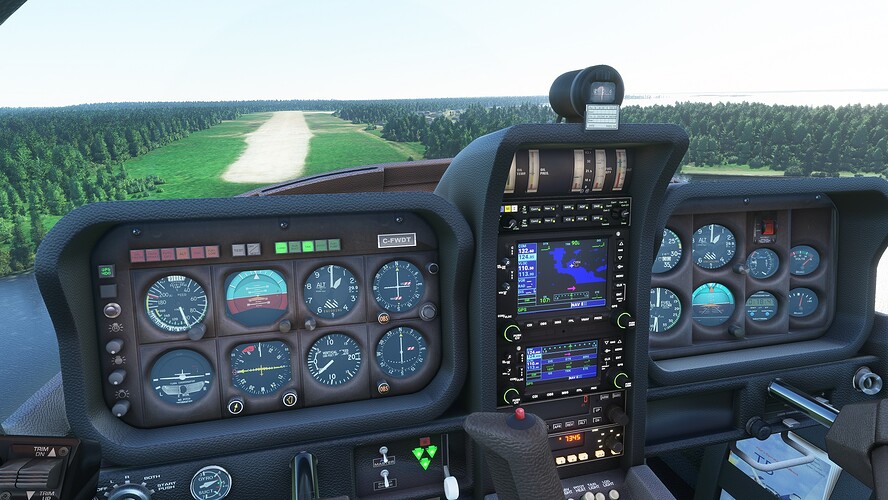 Nice, sexy dash it has going on. I like when design and engineering work together for a change. It sounds like a very beefed up Bonanza with 1+3 or 1+4 passenger capacity and decent range and weight capacity.

How does she fly?

I was quite surprised, it looks quite sporty, and you can bomb along at 180 knots…I wouldn’t call it sluggish but it generally feels heavy and has a bit of heft. It’s the most solid-feeling GA plane I’ve flown so far (Mooney, C182, Piaggio) and I really appreciate that as it has a distinct feel.

There are some bugs. The most jarring is sometimes your guys appear outside the cockpit in flight, sitting on the wings 😆. And I don’t know if it’s a bug but turning on the AP immediately trims out the plane and holds altitude, without pressing the Alt button. Might be me.

The default view kind of feels like you’re pressed up against the dash and is a little oppressive (not great forward view, great view out the side windows), and also the yoke obscures the AP buttons, so I use the mouse wheel to roll back to a wider view.

It’s kind of a cheap and cheerful version of the Mooney in functionality, with the distinctive dash being a bonus. I like it so far, I could see it being my go to plane for a while.

Taking it up to Canada. I’m thinking all that short hopping with few pax will allow me to get to know these planes a bit better.

Oh! Using time acceleration while in interior view definitely resulted in a loss of frame rate and made things ever so slightly stuttery on my pc, so that might be a dealbreaker for folks.

Edit: hmmm, I guess the Bonanza would be the thing to compare it to, but the bonanza feels so lightweight compared to this that I didn’t make the connection at all. 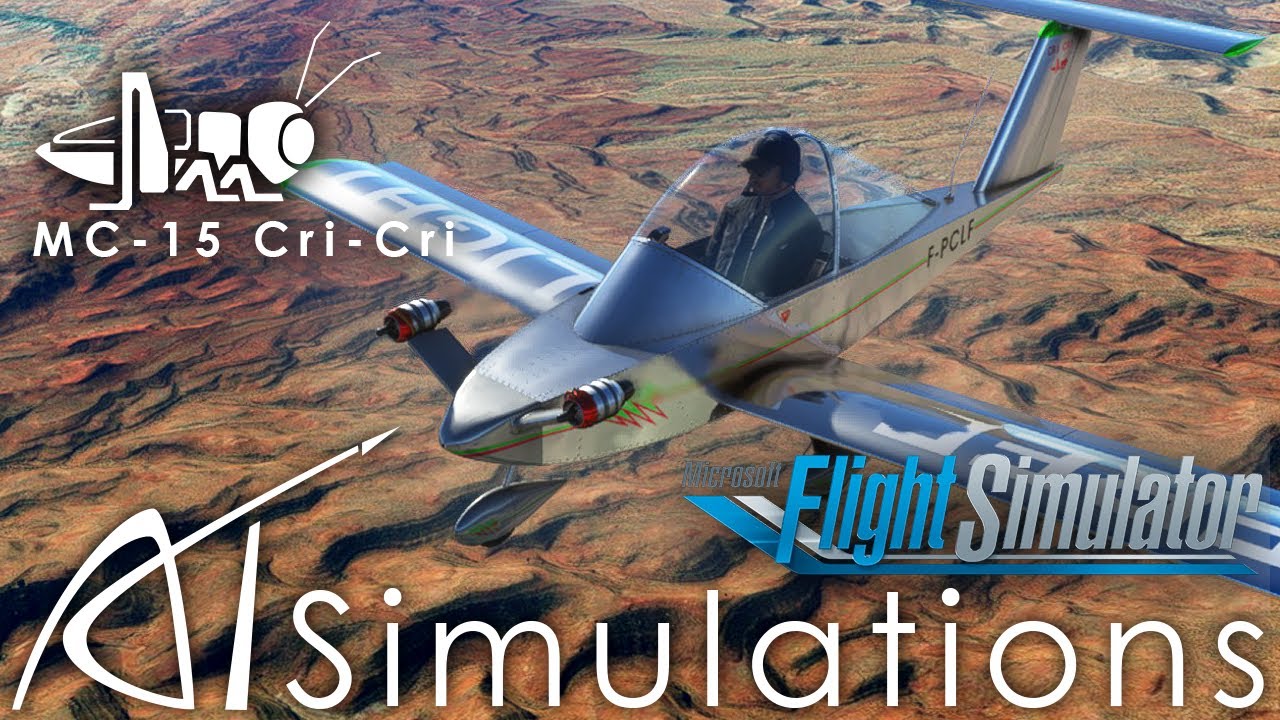 I might get it for a laugh. It has a jet variant and a seaplane variant :D

Cri-Cri? It needs to be renamed Noisy Cricket.