It looks damn close to just sitting on a wing in the sky with two engines. I may try it just for that reason. I did see there were some glider, ultralight and paragliders out or in the works. Those might be fun as well.

I wonder if it’s easier to fly at low altitude among skyscrapers in a plane like that? Like NYC or Singapore, etc. Fly between buildings.

I kind of wonder the same thing. Some of the aircraft are a bit too fast to do that with in-game, while others are just sluggish trying to wind around buildings.

Speaking of low flying, we were at a beach in SC over the weekend and had our dogs with us. While walking from our lodging to the beach, about a 2 block walk, two thunderous sounding helicopters started barreling down the coast, and at very low altitude. From the looks I believe they were AH-64 Apaches. It was close to dusk and it’s still too cold for people in the water for the most part so the beach wasn’t populated with many people but man were they low, 150’ or maybe 200’ or so. They were so loud you could feel the ground shaking. Crazy to see but what the hell they were doing there makes me wonder.

Hotfix is out. Fixes the flap scalar and a scenery issue, along with some SDK problems.

Sim Update 3 is now pushed back to next week. I guess if they had just incorporated the hotfixes into Sim Update 3 (originally scheduled for tomorrow) the additional testing would have pushed it back anyway.

By the way, @Pedro, I’ve been borrowing the TBM a bit as I push toward the Longitude (only $200k to go!). I’ve been leaving it where I found it, but I notice you’re moving it a fair bit. Is there a direction I should be heading in? 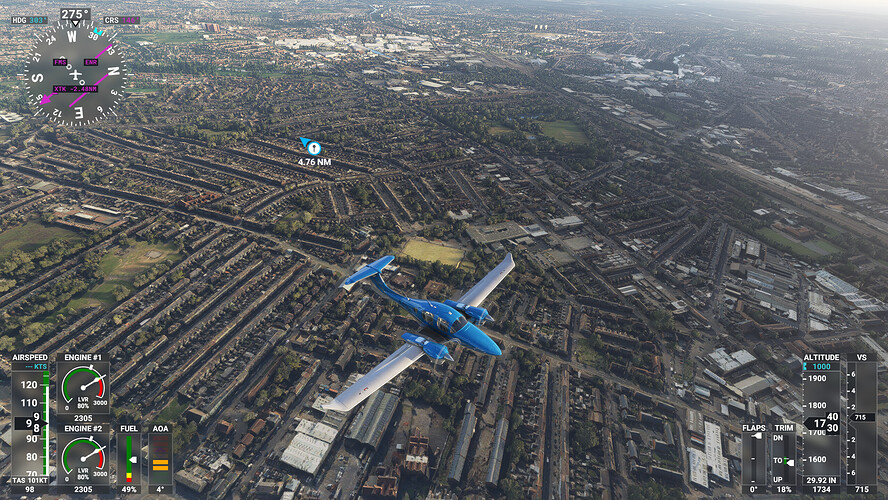 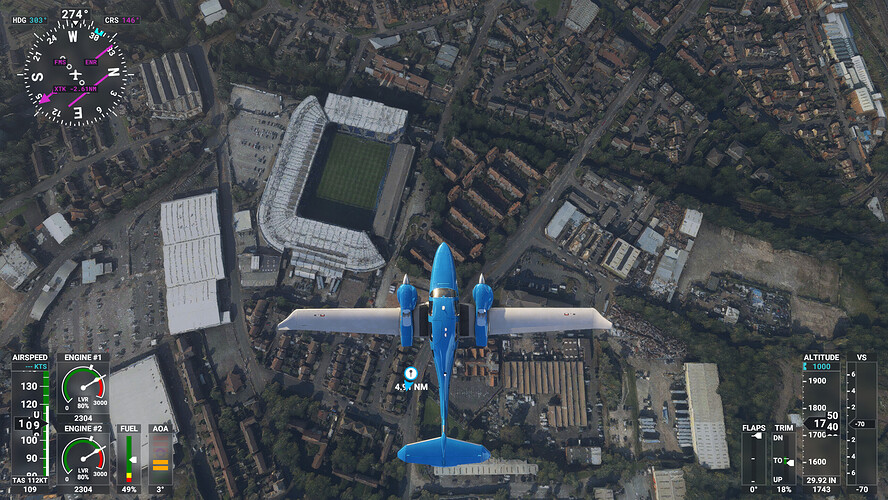 The Bullring and Birmingham city centre: 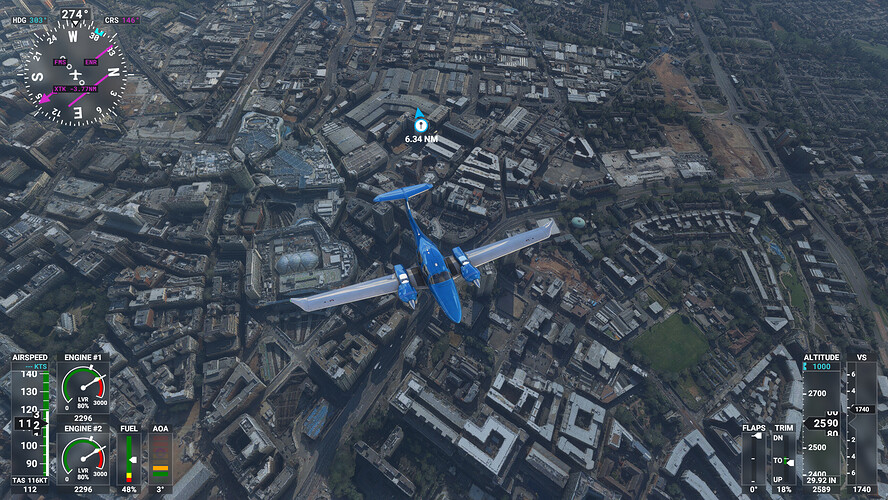 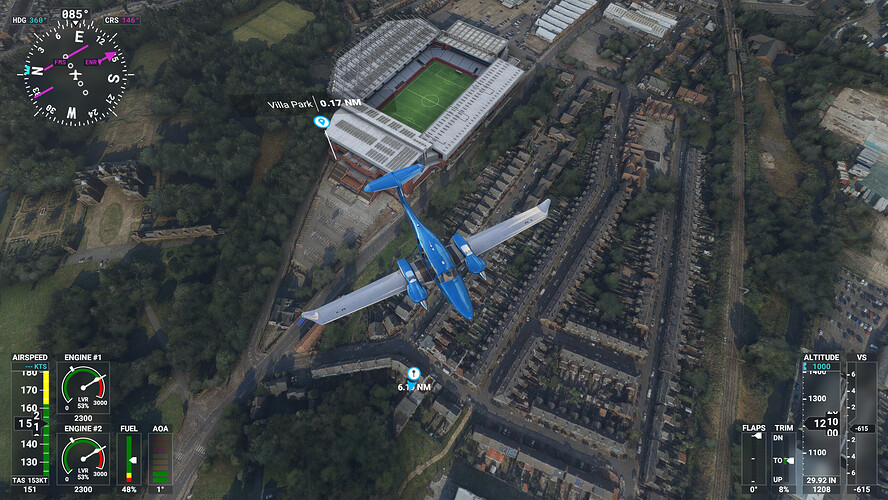 Climbing out of Cochabamba is pretty scary in these conditions: 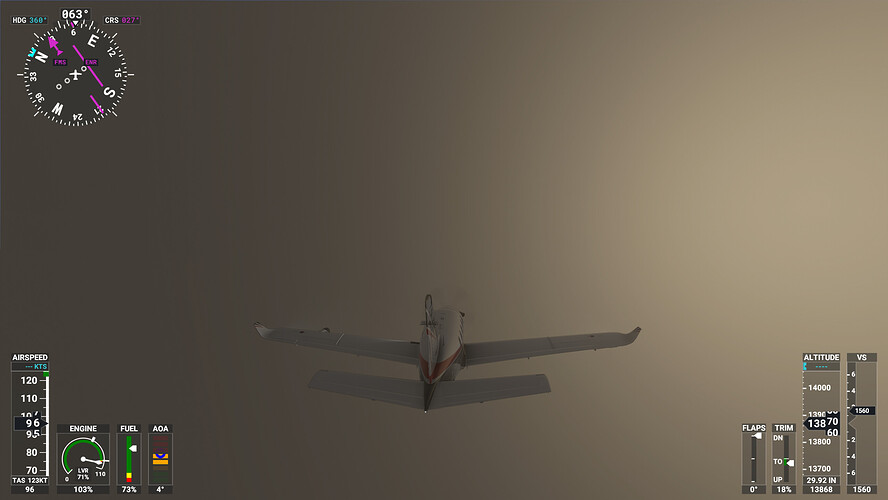 No restrictions, take it wherever and leave it wherever. It was in Cochabamba - the home of the villain in Scarface :D - for a while but the return corporate trips have dried up a bit there so I moved it.

Highly recommend the corp pax trips down there; usually there are a few outward then return legs to the same place.

Climbing out of Cochabamba is pretty scary in these conditions:

I have to turn off live weather down there, it’s too stressful.

Everyone loves screenshots! Here’s a few of my own recent ones. 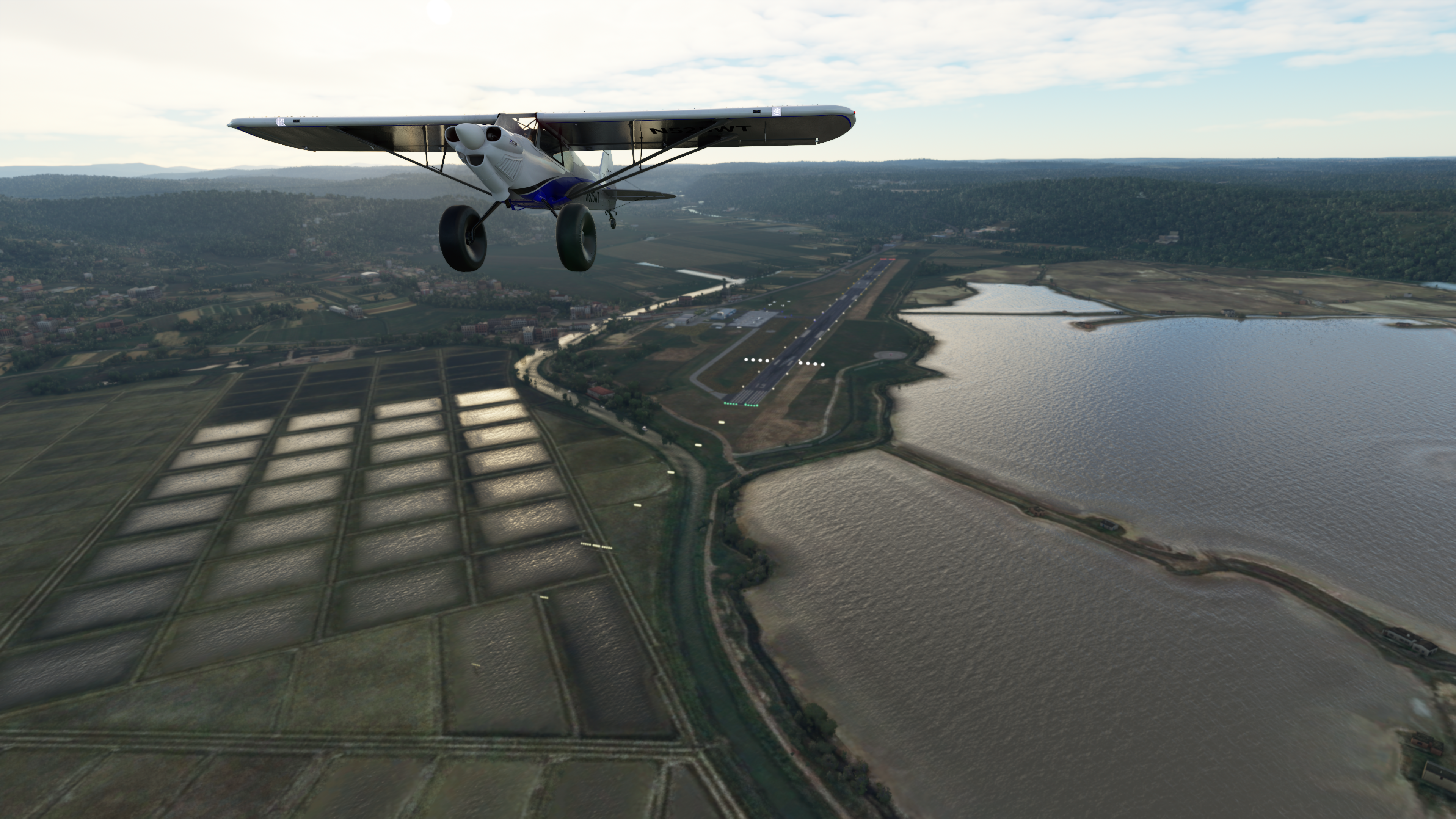 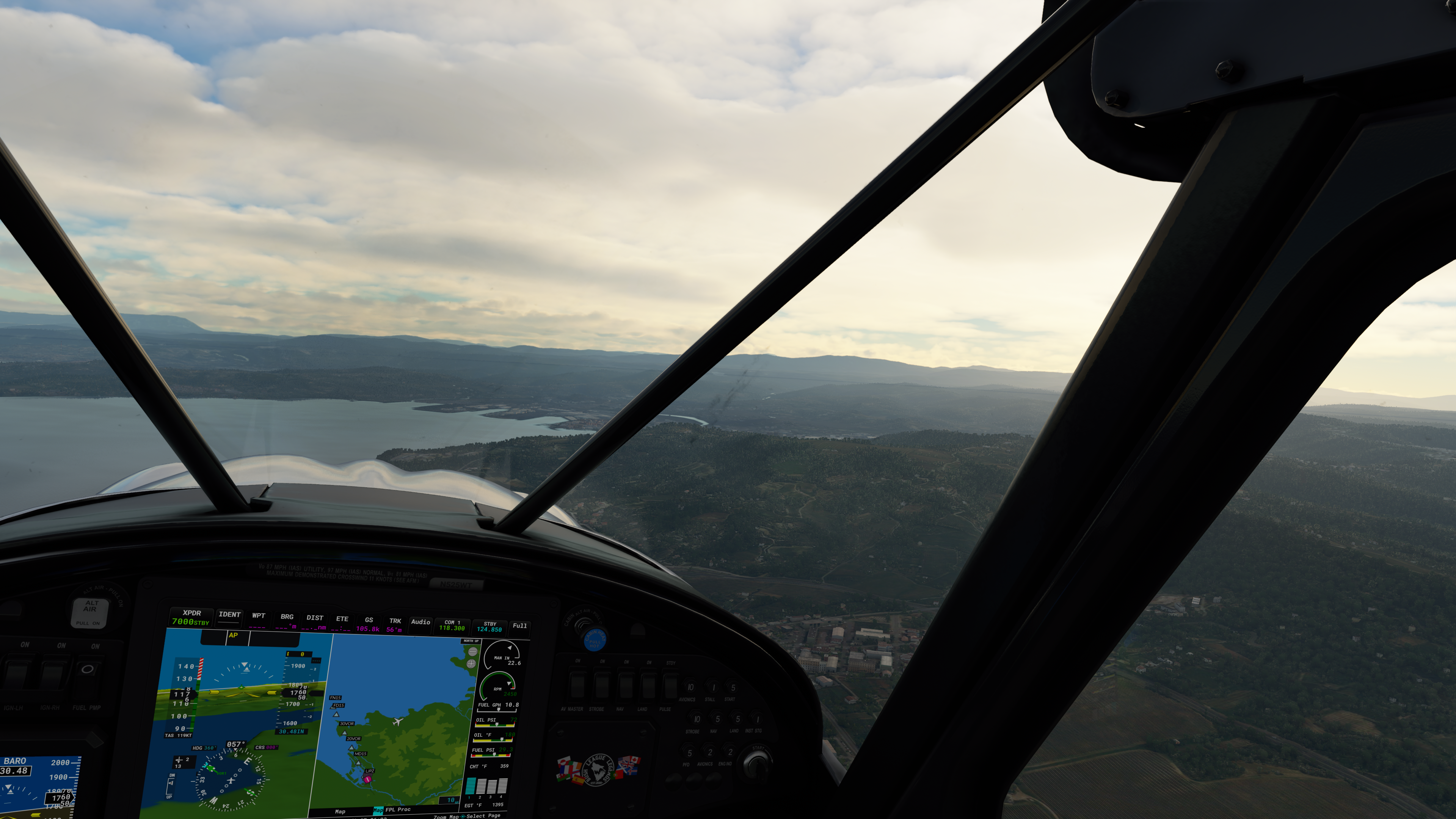 Off-field landing on a similar mission in Italy: 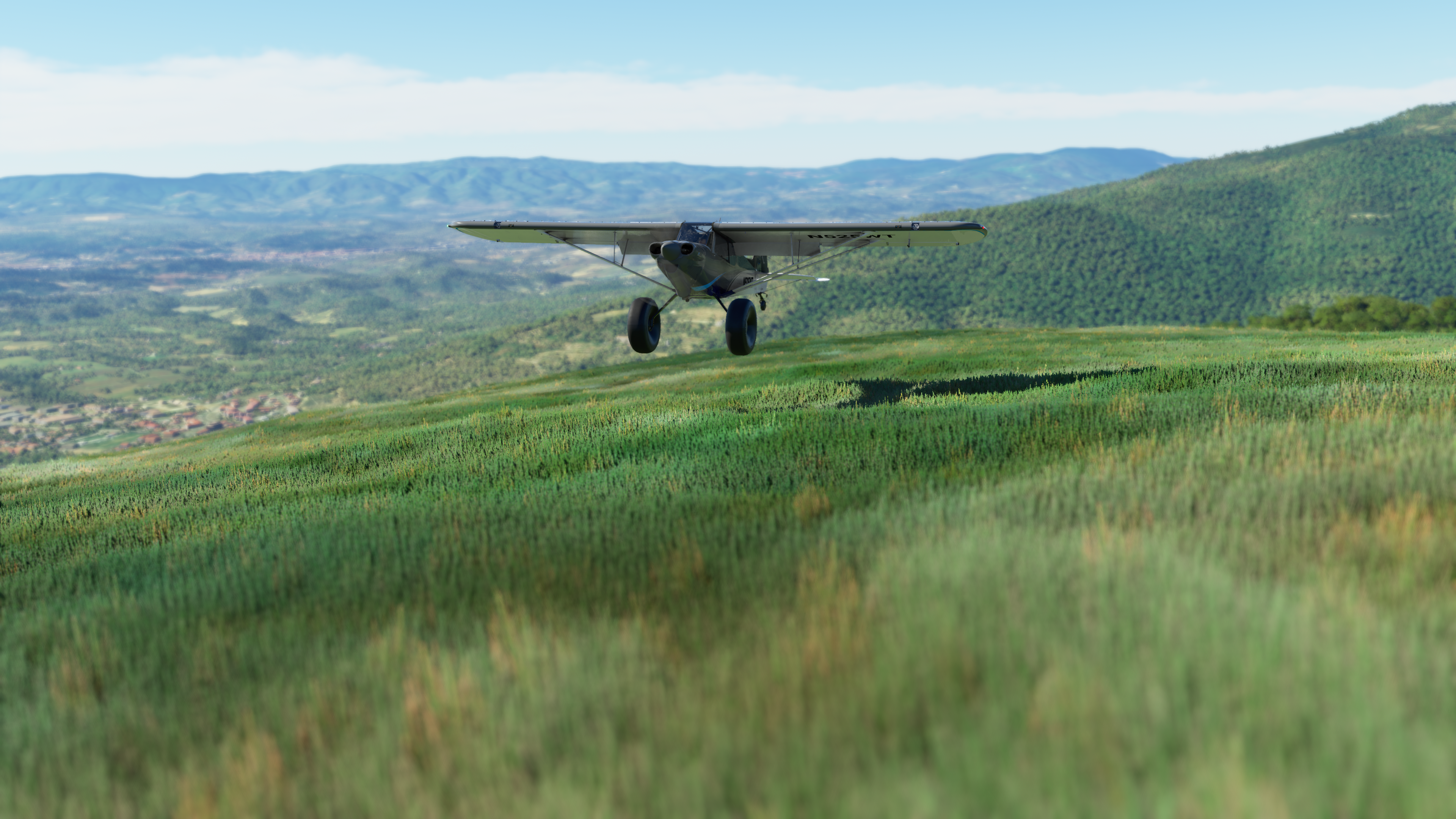 And headed back out again, mission compete. 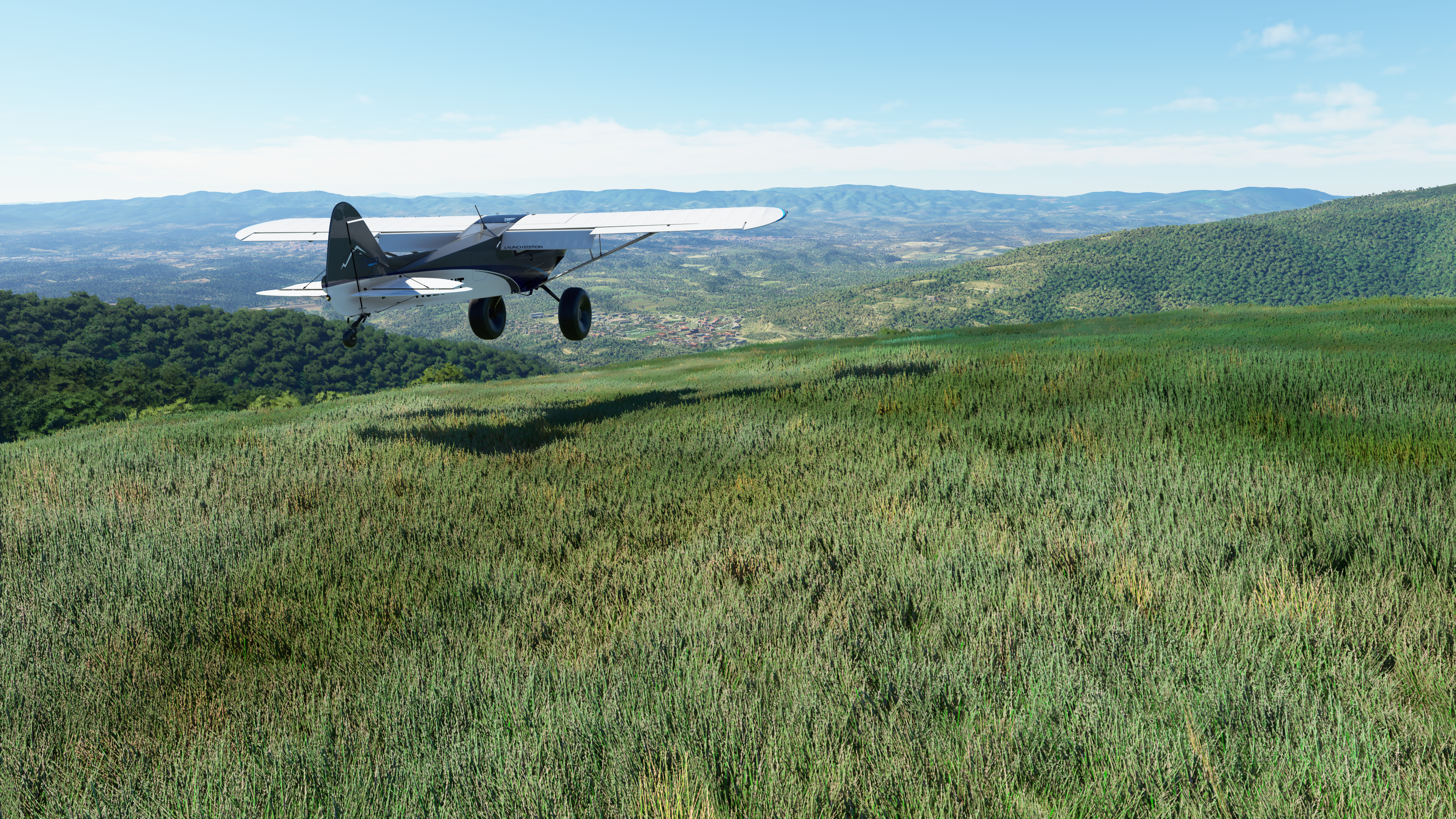 Great shots, that looks like one of the Savage models and with the 3X Garmin inside. Is that the Carbon or the Grravel?

It’s the XCub with the tundra tires mod from Bush League Legends. I like it a lot when I’m looking for something a little more sedate than Grravel, or with upgraded avionics. Can’t take off in 20 meters like you can in Grravel, but you can’t have everything. :D

Still waiting for IFR / jets to not be broken and unrealistic :(

Still waiting for IFR / jets to not be broken and unrealistic :(

Have you tried our CJ4 or the Fly By Wire A320? They still have limitations, but both have some major improvements. The CJ4 has a completely new custom flight plan manager that has fully functional VNAV, which changes the game completely.

There are still some limitations that we can’t fully work around, but not many.

I’m the kinda simmer that’s flying stuff like the PMDG 737, so I fully admit my expectations for this stuff are higher than most players :P

I’m the kinda simmer that’s flying stuff like the PMDG 737, so I fully admit my expectations for this stuff are higher than most players :P

Hehe. Totally fair. But there’s a difference between not being PMDG level and being “broken”. The base game, in some ways, is broken. With a few mods, though, a couple of the planes get pretty reasonable.

(That said, I’d suggest that the CJ4 is approaching, although definitely not at, PMDG standards. We definitely have the most feature-complete Proline 21 implementation on the market except possibly the one MilViz did. Real world procedures work, specs are pretty close to the real one, even small details like the speed at which bearing pointers swing have now been implemented. And we have neat features like the SimBrief flight plan import, and we’ve previewed the ability to view Navigraph charts directly on the MFD, which is pretty freaking neat, if I say so m’self. :) )

But yeah, I get it. I’m eagerly waiting for the first A2A-caliber GA single.

Today’s hotfix also fixed at least one other issue, the lights that had popped up all over runways and taxiways on third-party airports since the UK update. Nice.

Justin Parcher, the gentleman on flightsim.to who had done the awesome YF-15 and F-15EX repaints, among others, was kind enough to paint the F-15D in 1994 Tyndall AFB colors for me, so I could relive that experience. :) He did a beautiful job! 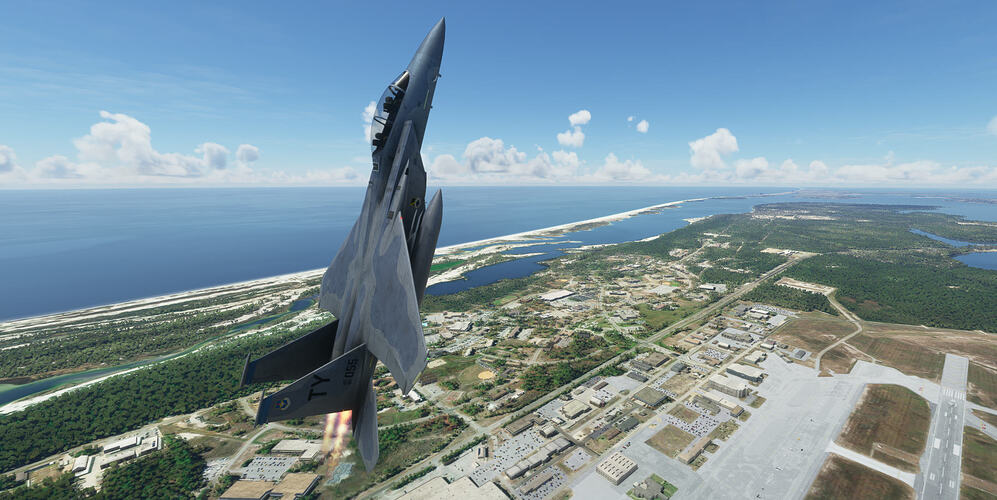 I paid for due or closely due maintenance for several QT3 aircraft from the group account, including the King Air which was due. I also padded the group account a bit. We’re still at 100K. Still saving for a rainy day.

Figure some of y’all might be entertained by this. I’ve been meaning to go back and record another STOL run with Grravel now that we have a flight recorder and I can actually do it from inside the cockpit – which makes it easier to manage the brake stand and flap drop. I finally did it tonight.

Managed to get 'er off the ground in all of 12 meters. Pretty respectable, I think. 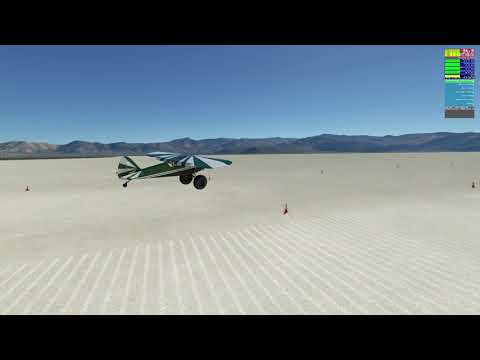 That’s really cool! Which flight recorder app are you using?